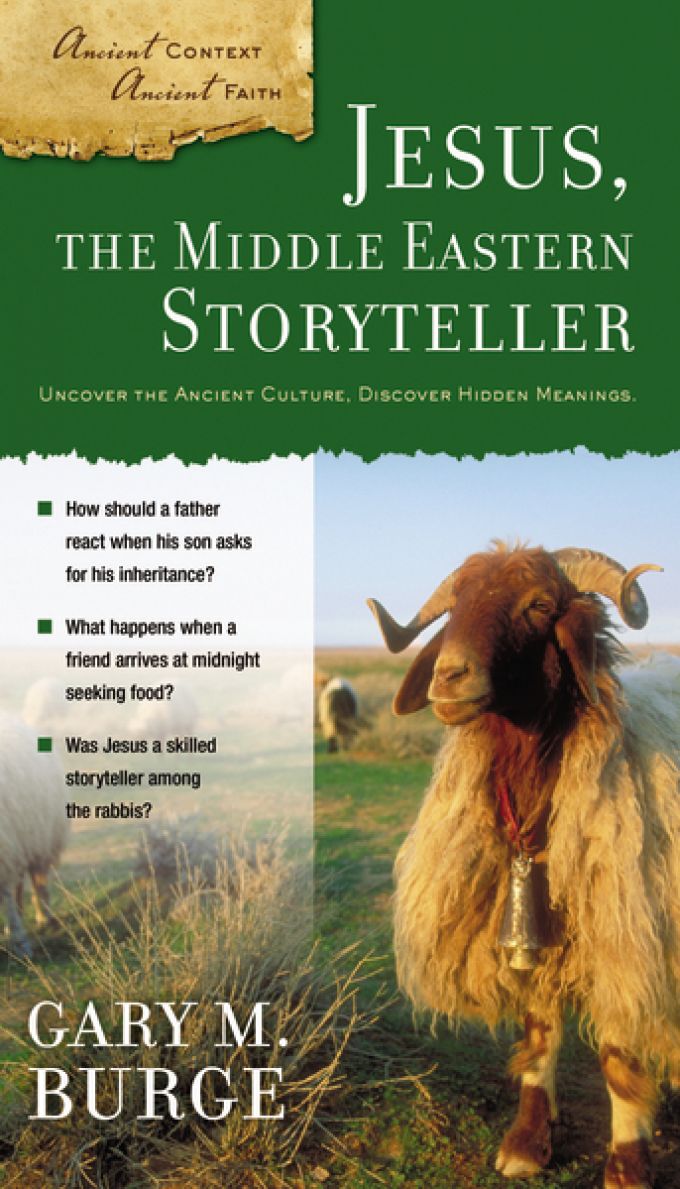 Storytellers made history, and Jesus was the greatest of them all. But how can modern readers know what he actually meant in such iconic parables as the Prodigal Son and the Good Samaritan? Jesus, the Middle Eastern Storyteller combines the readability of a popular novel and the authority of scholarship to uncover the hidden meaning of references too often misinterpreted or left shrouded in mystery. The first volume in the Ancient Context, Ancient Faith series drives to the heart of readers’ desire to know the culture behind the Scriptures. Colorful maps, photos, and illustrations enhance the context of the times that shaped Jesus’ vivid communication of core truths. This expert guide is an invaluable resource for study groups, teachers, leaders, and inquiring Christians who want to dig deeper and enrich their spiritual life.

Gary M. Burge (PhD, King's College, Aberdeen University) is visiting professor of New Testament at Calvin Theological Seminary. Gary has authored a number of books, including Who Are God’s People in the Middle East? What Christians Are Not Being Told About Israel and the Palestinians; John and Letters of John in the NIV Application Commentary series; The New Testament in Antiquity (coauthored with Gene Green); and the first three volumes in the Ancient Context, Ancient Faith series: The Bible and the Land, Jesus, the Middle Eastern Storyteller, and Encounters with Jesus. Gary specializes in the Middle East, its churches, and its history in the Hellenistic period.