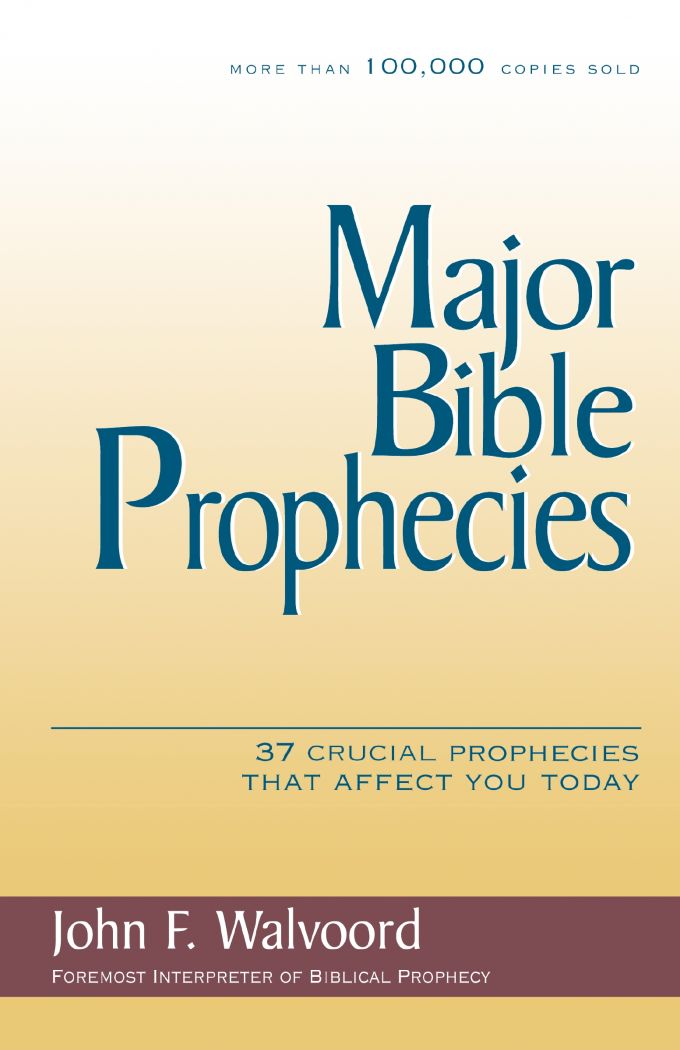 * The Prophetic Chart of Human Destiny * The Future of Israel as a Nation * The Rapture and The Great Tribulation * Signs of the Second Coming * The New Heaven and the New Earth * And Much, Much More! Behind the clutter and confusion of world events, a grand pattern is unfolding. And in the midst of a planet that’s unraveling at the seams, you have more reason than ever for hope as a Christian, as you look for the imminent return of the King of kings. Now, John F. Walvoord, one of the world’s most widely recognized experts on Bible prophecy, examines thirty-seven of the most important biblical prophecies. From earthquakes to events in the Middle East, from the advent of world government to the rise of the Antichrist, Walvoord makes these prophecies easily understandable and shows you how to interpret them in light of today’s changing world.