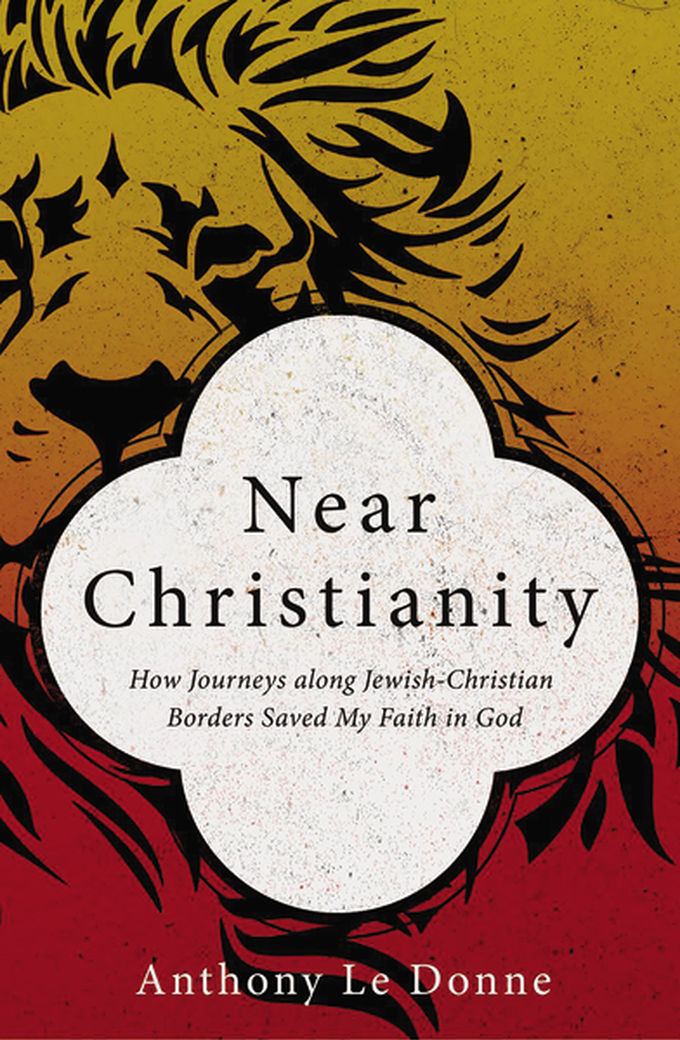 This unique book is an exploration of Christianity alongside Jewish guides who are well-studied in and sympathetic to Christianity, but who remain “near Christianity.”Reflecting on his journeys within biblical studies and contemporary Jewish-Christian dialogue, Anthony Le Donne illustrates not only the value but also the necessity of continued Jewish friendship for the Christian life. With the help of Jewish friends and mentors, he presents a deeper and more complex Christian faith, offering readers a better vision of the beauty and genius of Christianity, but also an honest look at its warts and failings. Weaving his own story and personal conversations with Jewish friends, Le Donne, a respected scholar and published author, models how his fellow Christians can avoid blurring the differences between Christianity and Judaism on the one hand and exaggerating them on the other.

This extraordinary book is Jewish-Christian dialogue at its very finest. Professor Le Donne lives out what he teaches. As a Christian, he learns about God, forgiveness, faith, and love from his Jewish friends, and the wisdom he gains is to be treasured. In his allowing his friends to ask him the most difficult questions, he shows the heart of seeker for truth -- ultimately the heart of a teacher on fire for divine friendship made concrete in love of neighbor. -- Matthew Levering, James N. and Mary D. Perry, Jr. Chair of Theology, Mundelein Seminary

In this account of his journeys along Jewish-Christian borders, Anthony Le Donne provides a set of personal and thoughtful reflections on what is at stake in the theological, historical, and social relationships among Christians and Jews. Through anecdotes, snippets of conversation, and interaction with the work of Jewish and Christian scholars, Le Donne addresses such sensitive issues as the “War on Christmas,” the Holocaust, dogma, anti-Judaism and anti-Semitism, and more optimistic topics such as laughter and love, belief and belonging. Le Donne shows courage by facing directly difficult questions such as the Christian role in paving the way for the Holocaust. Throughout, he shows not only respect for Jews and Judaism, but tremendous understanding of Jews in the twenty-first century. He recognizes, for example, that Jewish identity does not depend on religion, faith, or observance. The book is highly readable and engaging, and will be of interest to anyone interested in a down-to-worth and honest approach to Jewish-Christian relations. -- Adele Reinhartz, Professor, Classics and Religious Studies, University of Ottawa

Writing from the borderlines of Christianity and Judaism, Le Donne offers a sympathetic, accessible and open hearted reflection on the relationship between faith and lived reality. Near Christianity is a thoughtful, humorous and honest response to how we should we live in the presence of neighbors and friends who are both like and unlike us. The Jewish-Christian encounters that Le Donne experiences has served to strengthen his faith; similarly, this book will both educate and enrich the reader. -- Dr. Ed Kessler, Woolf Institute, Cambridge, UK

Argument with Judaism has featured perennially – sometimes violently -- in Christianity. Anthony Le Donne explores the stubborn facts of that conflict by means of a wide-ranging and reflective discussion of the cultural fault-lines that have driven human communities apart. Taking his analysis into his personal experience, he shows that living with an awareness of the culture we live in can redeem us from the sin of oppressing others and stunting our own faith. -- Bruce Chilton, Bernard Iddings Bell Professor of Religion, Bard College