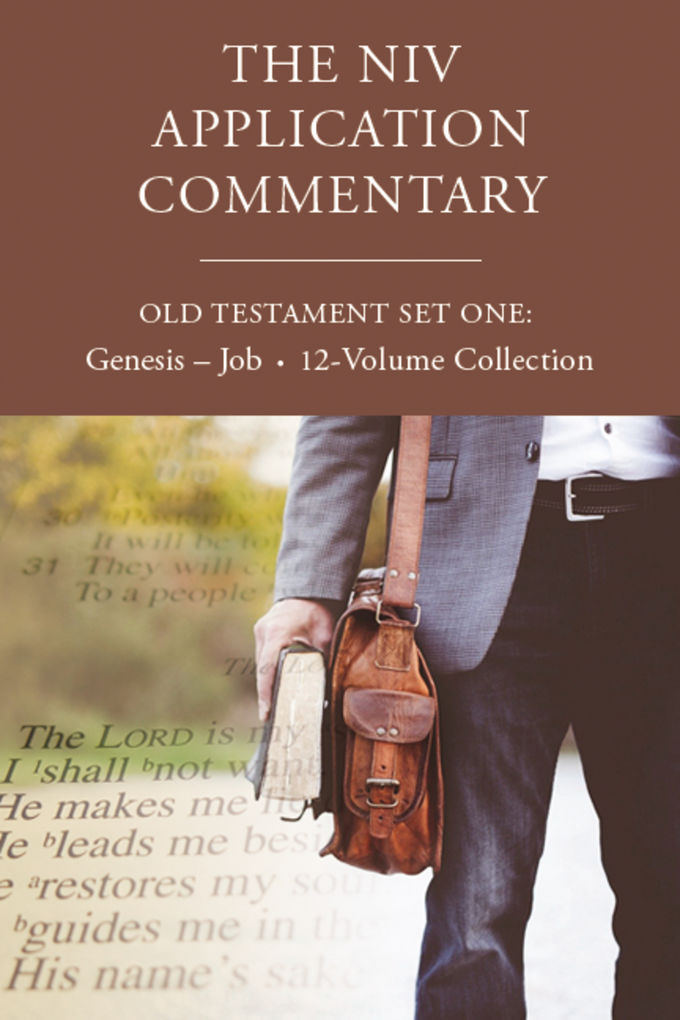 To bring the ancient messages of the Bible into today's world, each passage is treated in three sections:

This unique, award-winning commentary is the ideal resource for today's preachers, teachers, and serious students of the Bible, giving them the tools, ideas, and insights they need to communicate God's Word with the same powerful impact it had when it was first written.

Volumes and authors in The NIV Application Commentary, Old Testament Set One: Genesis-Job, 12-Volume Collection include:

Dr. Peter Enns (PhD. Harvard University) is a biblical scholar and teaches at Eastern University. He is author of several books including Exodus (NIV Application Commentary), Inspiration and Incarnation: Evangelicals and the Problem of the Old Testament, and The Evolution of Adam: What the Bible Does and Doesn't Say about Human Origins.

Robert L. Hubbard, Jr. (PhD, Claremont Graduate School) is emeritus professor of biblical literature at North Park Theological Seminary in Chicago, IL. He is author of several books, including The Book of Ruth: New International Commentary on the Old Testament and Joshua in the NIV Application Commentary series and co-author of Introduction to Biblical Interpretation with William Klein and Craig Blomberg. He and his wife Pam reside in Denver, CO.

K. Lawson Younger, Jr. (PhD, University of Sheffield) is professor of Old Testament, Semitic languages, and ancient near eastern history at Trinity Evangelical Divinity School in Deerfield, Illinois. He is the author, associate editor, and coeditor of several books, and has contributed to numerous collections of essays, dictionaries adn periodicals.

Bill T. Arnold (PhD, Hebrew Union College) is director of Hebrew studies and professor of Old Testament and Semitic languages at Asbury Theological Seminary in Wilmore, Kentucky. He is the author of Encountering the Book of Genesis, and coauthor of Encountering the Old Testament, and A Guide to Biblical Hebrew Syntax. He and his wife, Susan, have three sons and live in Lexington, Kentucky.

A. H. Konkel the President of Providence College and Seminary in Otterburne Manitoba (Canada). He obtained the PhD degree from Westminster Theological Seminary in 1987. He served as translator for the book of Job in the New Living Translation, and has completed a commentary for Job for Tyndale House Publishers. He was a contributor to the New International Dictionary of Old Testament Theology and Exegesis. He is married to Esther, they are the parents of four children.

Karen H. Jobes (PhD, Westminister Theological Seminary) is the Gerald F. Hawthorne Professor Emerita of New Testament Greek and Exegesis at Wheaton College and Graduate school in Wheaton, Illinois. The author of several works, she has also been involved in the NIV Bible translation. She and her husband, Forrest, live in Philadelphia and are members of an Evangelical Presbyterian Church.