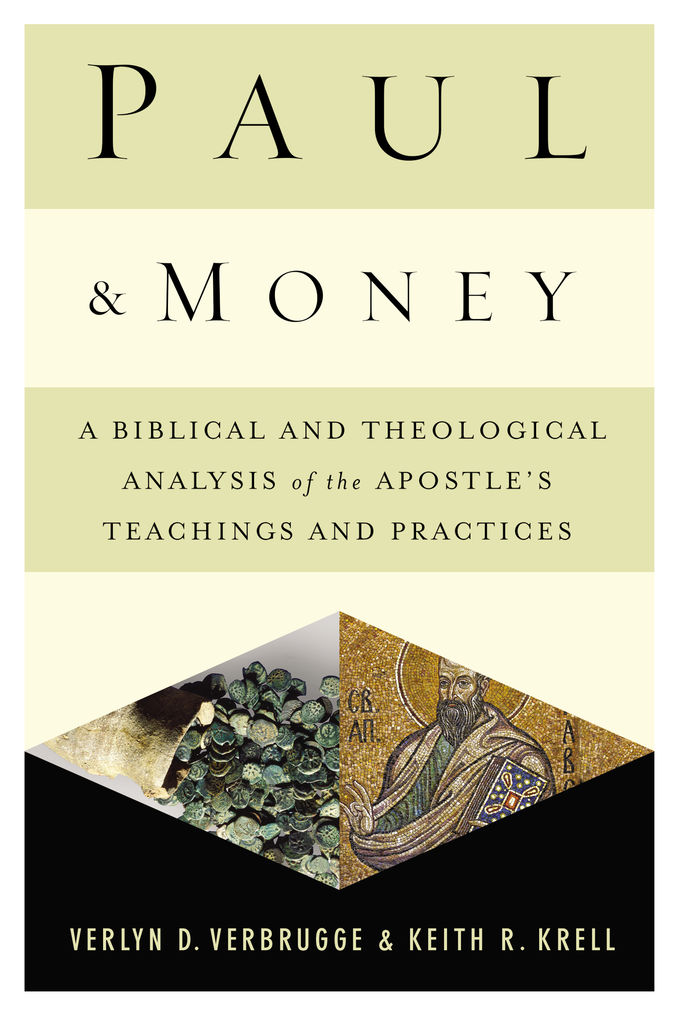 The apostle Paul, one of the most prominent figures in the early Jesus movement, had a lot to say about money. His letters deal with real people as they lived their Christian lives in the Greco-Roman world. He finds it necessary to address “those who are rich in this present world” (1 Tim 6:17). But he also has to address those do not want to work, for whatever reason, and are “idle and disruptive” (2 Thess 3:6). Moreover, whereas most churches today have a certain socio-economic homogeneity, some of Paul’s churches had a combination of upper class wealthy people and lower class slaves worshiping side-by-side, and it inevitably created friction (esp. 1 Cor 11:17–34).

During the past twenty years a significant amount of research has been done on class-consciousness in the Greco-Roman world and on the significance of Paul’s fund-raising venture “for the poor among the Lord’s people in Jerusalem”—“the collection”—for his ministry. Relying on the surprising results of current Pauline scholarship and a careful exegesis of a variety of New Testament texts, this book offers a thorough investigation of the apostle Paul’s sayings and dealings with money.

Verlyn D. Verbrugge (PhD, University of Notre Dame) served as senior editor-at-large for biblical and theological resources at Zondervan until his death in 2015. He published a number of articles and was general editor of the acclaimed New International Dictionary of New Testament Theology, Abridged Edition. He is the author of several books, including Paul and Money and A Not-So-Silent-Night.