Preaching in Black and White

What We Can Learn from Each Other
E. K. Bailey (Author), Warren W. Wiersbe (Author)
Not Available Request an Exam Copy 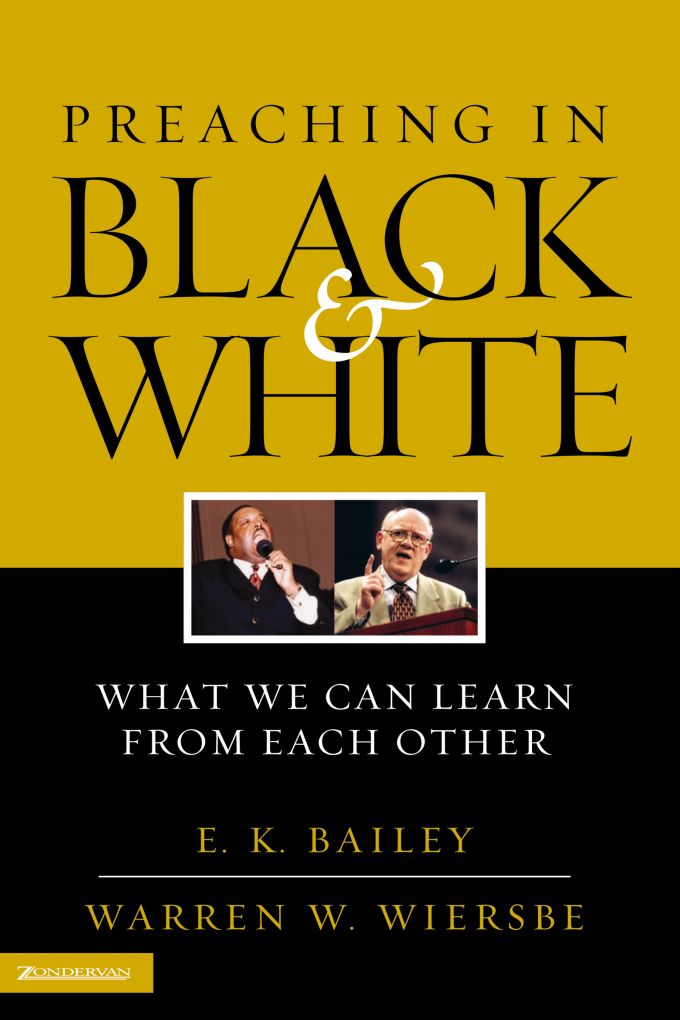 Preaching in Black and White offers a unique look at two distinct preaching traditions and the wisdom they have to offer each other. But this book goes much deeper than mere stylistic nuances, for authors E. K. Bailey and Warren Wiersbe are far more than prominent pastors and preachers. They are men with a penetrating understanding of history, culture, and church tradition—and they are friends who genuinely enjoy and respect each other. The warmth of their relationship shines in this book, matched by a depth of honesty and humility as they address topics of vital interest to pastors, speakers, and church leaders of all ethnic backgrounds.In a winsome dialog format, Drs. Bailey and Wiersbe look at the preparation not only of the sermon but also of the preacher’s heart. They discuss sermon content and delivery and how it all comes together in practice. Taking a well-known Bible story, the authors demonstrate and then discuss their distinctive preaching styles and what it takes to learn from others (sermon transcriptions included). A section containing brief biographies of black preachers concludes this engaging and illuminating book.

E. K. Bailey was founder and senior pastor of Concord Missionary Baptist Church in Dallas, Texas. He had widely lectured and preached at conventions, seminars, churches, and seminaries around the world. His E. K. Bailey Ministries sponsors the annual National Conference on Expository Preaching. Warren W. Wiersbe, former pastor of the Moody Church and general director of Back to the Bible, has traveled widely as a Bible teacher and conference speaker. Because of his encouragement to those in ministry, Dr. Wiersbe is often referred to as "the pastor’s pastor." He has ministered in churches and conferences throughout the United States as well as in Canada, Central and South America, and Europe. Dr. Wiersbe has written over 150 books, including the popular BE series of commentaries on every book of the Bible, which has sold more than four million copies. At the 2002 Christian Booksellers Convention, he was awarded the Gold Medallion Lifetime Achievement Award by the Evangelical Christian Publishers Association. Dr. Wiersbe and his wife, Betty, live in Lincoln, Nebraska.