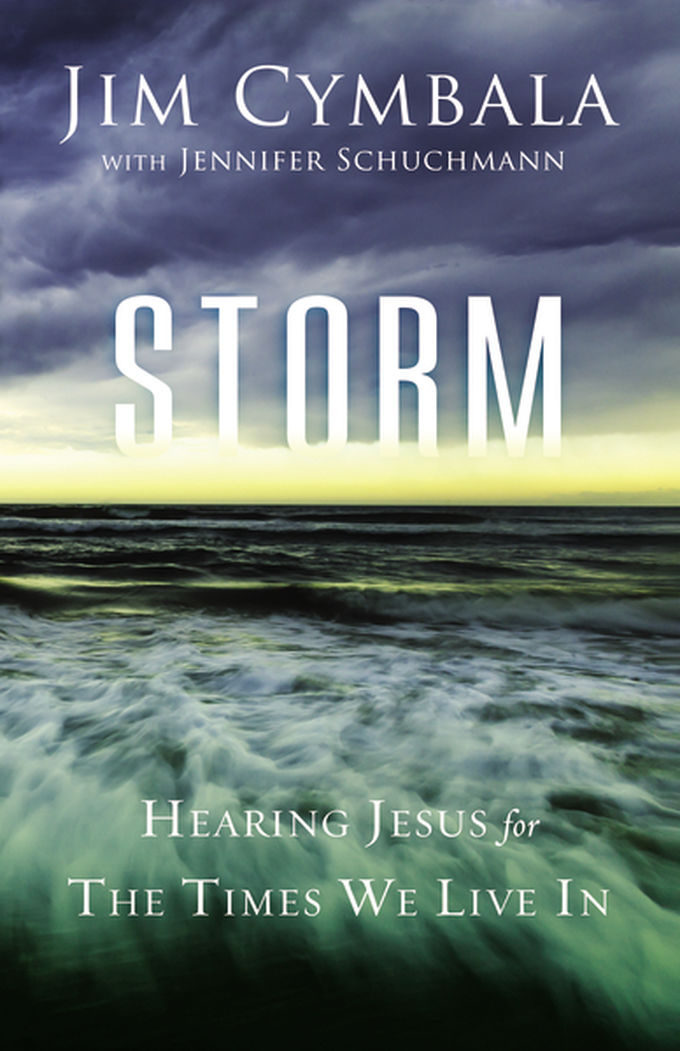 Storm: What Jesus Is Saying to His Church is a book for every Christian who is concerned about the challenges that face believers today. Using powerful stories of people who have been transformed by Christ, it will strike a note of encouragement and hope, helping Christians to remember that a life surrendered to Christ in the midst of a church transformed by his presence cannot be defeated. No amount of spiritual darkness or cultural pressure can drown out the life-giving power of the gospel.

Jim Cymbala believes that the church in America is in the middle of a powerful storm, the intensity of which is likely to increase in coming months and years. Many Christians are bewildered, disheartened, and concerned by what they see—a culture that’s become increasingly hostile to biblical Christianity and a church whose vital signs are quickly waning. Like the storm surge that overtook lower Manhattan during Hurricane Sandy, powerful forces have come together to create a surge that’s threatening the health of the church.

Storm will talk about the tendency on the right and on the left to conflate the kingdom of God with a particular political party. Many conservative Christians have made the mistake of substituting America for the Israel of the Old Testament, failing to realize the danger of adopting Old Testament principles that were never affirmed in the New Testament. Their message has sometimes been harsh and legalistic, making it difficult for them to proclaim a gospel of grace. Even though there is a great deal of emphasis on the Bible in such churches, it can often be the wrong emphasis.

Jim Cymbala will explore the importance of preaching a gospel of grace rather than a gospel of mixed messages, so common in the church today. He will speak of our need to understand spiritual battles and for total dependence on the Holy Spirit, and he will discuss the importance of prayer. He will also explore the motivational atmosphere of the early church which flourished despite far worse conditions than those we face today. We don’t need more church growth programs to turn the church around. What’s needed is a transformation at the heart of the church so that the gospel is preached, the Holy Spirit is allowed to lead, and lives are transformed.

Jim Cymbala has been the pastor of the Brooklyn Tabernacle for more than thirty-five years. The bestselling author of Fresh Wind, Fresh Fire, he lives in New York City with his wife, Carol Cymbala, who directs the Grammy Award-winning Brooklyn Tabernacle Choir.