Streams in the Desert

L. B. E. Cowman
Not Available Request an Exam Copy 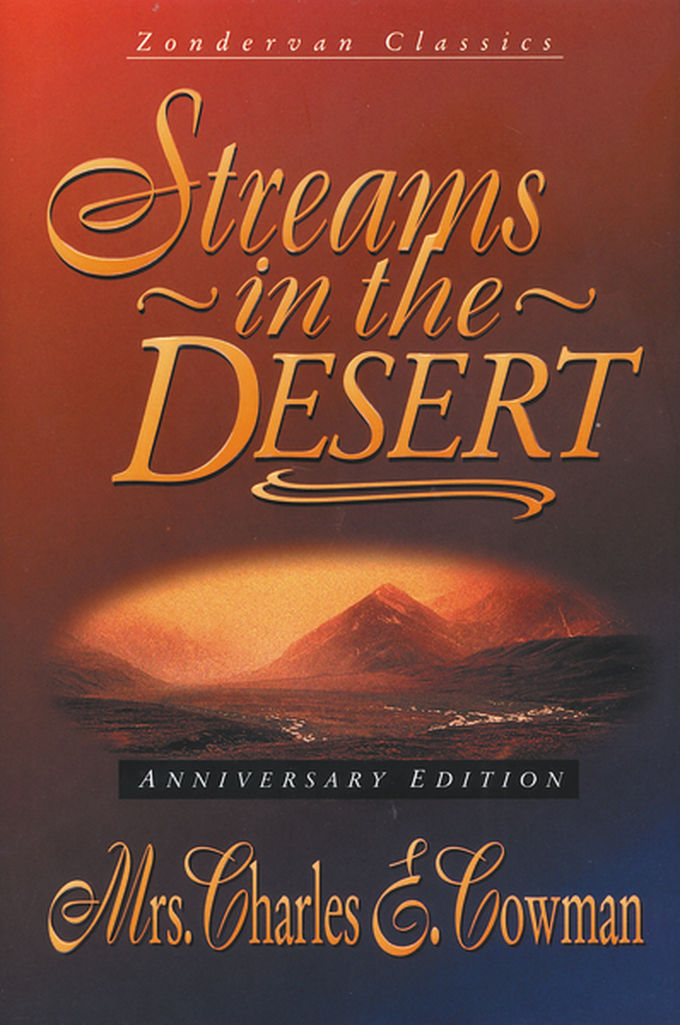 Few books ever attain such a widespread recognition and perennial appeal as Streams in the Desert. Now over seventy years since its first publication, this marvelous devotional by Mrs. Charles E. Cowman has established itself firmly in the ranks of the Christian classics. Written from Mrs. Cowman's rich experiences with life, from its dry wastelands to its well-watered gardens, Streams in the Desert is a legacy of faith and wisdom that is time-tested faithfully to the One who alone can slake their spiritual thirst. In the midst of today's fast-paced world, the wisdom of Streams in the Desert remains refreshing, relevant and trustworthy. Turn to it daily, tune out the clamor of living, and let these prayerful writings inspire fresh hope, confidence, and a deep awareness of God's presence in your life.

L. B. Cowman worked as a pioneer missionary with her husband in Japan and China from 1901 to 1917, during which time they helped found the Oriental Missionary Society. When Mr. Cowman's poor health forced the couple to return to the United States, Mrs. Cowman turned her attention to caring for her husband until his death six years later. Out of Mrs. Cowman's experiences and heartbreak came her first book, Streams in the Desert, followed by its companion Springs in the Valley. During the next twenty-five years, Mrs. Cowman inspired several nationwide Scripture distribution campaigns and wrote seven more books. Finally, on Easter Sunday in 1960, at the age of ninety, Mrs. Cowman met face-to-face the God she had served so faithfully for nearly a century.