Why I Am Still Surprised by the Voice of God 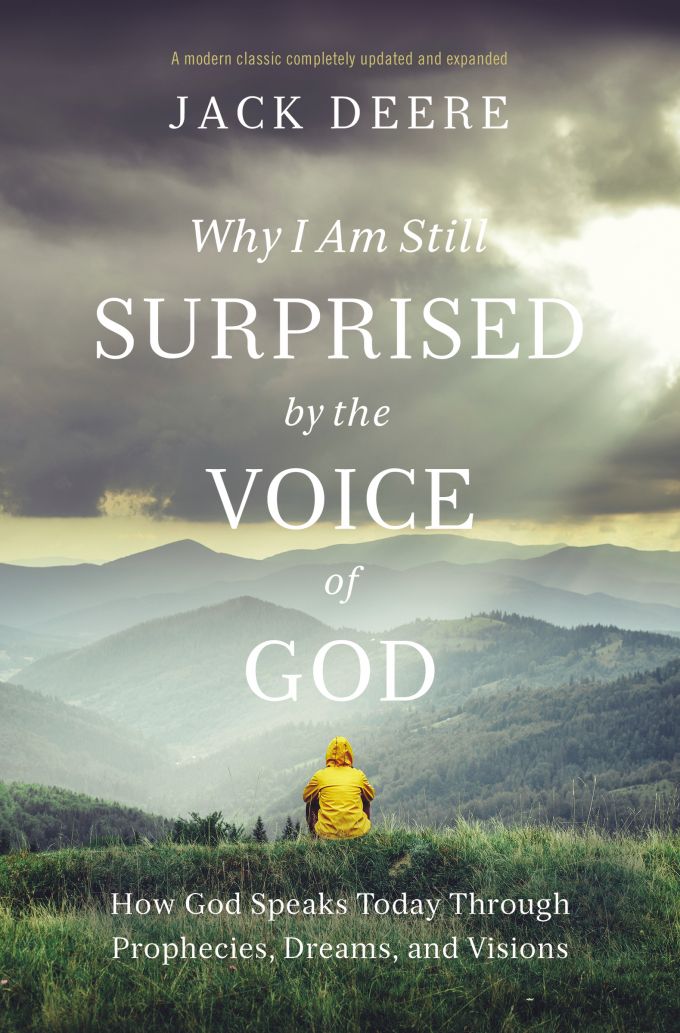 Jesus knew the Bible better than anyone, yet he claimed that he had to hear his Father's voice in order to fulfill God's purposes for his life. His enemies, the religious elite, had supreme confidence in their knowledge of Scripture, yet Jesus said that none of them had ever heard the voice of the Father.

When Jack Deere turned seventeen, he did not know God or a single verse of Scripture. Then, one night a friend quoted John 10:28 to him, and he believed in Jesus. At twenty-seven, he became a professor of Old Testament Exegesis and Semitic Languages at Dallas Theological Seminary where he taught his students to avoid the trap of believing that God still spoke outside the pages of the Bible. He believed it was all real--just as the authors of the Old and New Testaments had said it happened--but it no longer happened today. People who believed God had spoken to them personally were emotionally unstable or too lazy to read the Bible.

After a trusted friend shared he believed God still spoke today, Jack began a thorough study of every instance of God speaking supernaturally to someone in the New Testament. He saw how they didn't just hear the voice of God; they were dependent on the voice of God to fulfill the highest purpose for their lives. Jack became convinced that we should expect God to speak outside the Scriptures, but he didn't have a clue how to hear his voice.

This is the story of how Jack Deere learned to hear the voice of God and, in doing so, became a friend of Jesus.

Now a modern classic, Jack wrote Surprised by the Voice of God over twenty-five years ago. Based on that first book, Why I Am Still Surprised by the Voice of God has been entirely rewritten and includes additional thoughts and insights from a lifetime of hearing God speak. Deere guides you through the Bible to discover the variety of creative, deeply personal ways God still communicates with us today. You'll learn how God speaks with people apart from the Bible, though never in contradiction to it. Deere first describes the ways God revealed his thoughts to the men and women of the Bible, and then shares why God continues to speak to us today using the same methods. He provides counsel and guidance for knowing how to accurately hear God speak through prophecies, dreams, visions, and other forms of divine communication. With candor, sensitivity, and a profound understanding of Scripture, Deere identifies our hindrances to hearing the voice of God and calls us to a more intimate relationship with God. Filled with fascinating stories and personal accounts, Why I Am Still Surprised by the Voice of God is for all who want to walk in friendship with God.

Jack Deere, formerly an associate professor of Old Testament at Dallas Theological Seminary, is a writer and lecturer who speaks throughout the world on the gifts of the Holy Spirit. He is the author of the bestselling book, Surprised by the Power of the Spirit.