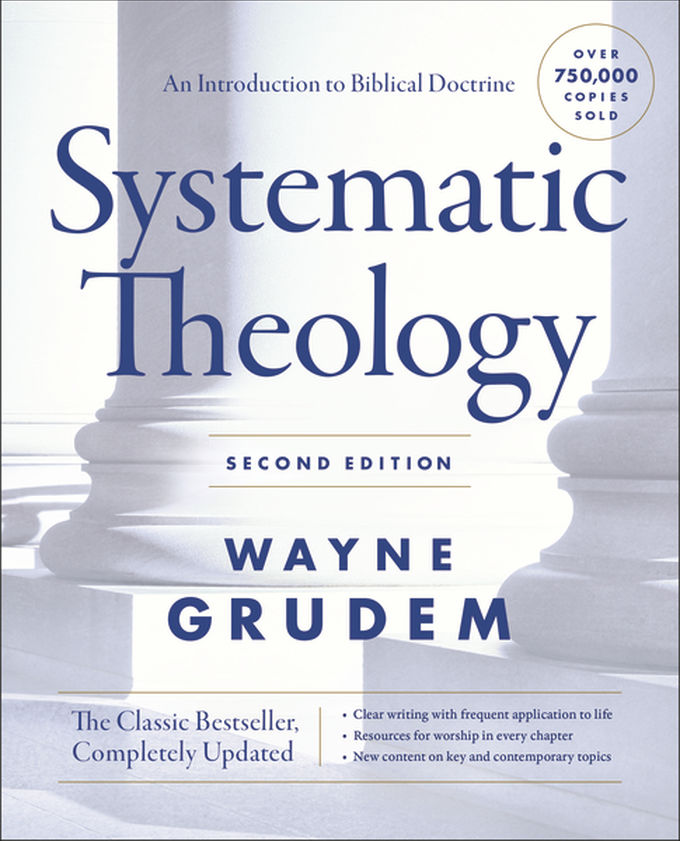 The most widely-used text of the last 25 years in its discipline, Systematic Theology by Wayne Grudem has been thoroughly revised and expanded (all 57 chapters) for the first time while retaining the features that have made it the standard in its field: clear explanations, an emphasis on each doctrine’s scriptural basis, and practical applications to daily life.

Part of the brilliance of Systematic Theology over the years has been its simplicity and ease of use. Each chapter follows the same structure. First, there is discussion of the doctrine being considered, such as justification or the Trinity or the deity of Christ. An explanation of where that doctrine is supported in the Bible and possible objections follow. Personal application and key terms to know for personal growth are then provided. Chapters also include a scripture memory passage, references to other literature on the topic, and suggested hymns and worship songs.

If you are someone who thinks theology is hard to understand or boring, then this new edition of Systematic Theology will likely change your mind.

Wayne Grudem is research professor of Theology and Biblical Studies at Phoenix Seminary in Phoenix, Arizona. He holds degrees from Harvard (AB), Westminster Theological Seminary (MDiv, DD), and Cambridge (PhD). He is the author of more than a dozen books including the bestselling Systematic Theology.