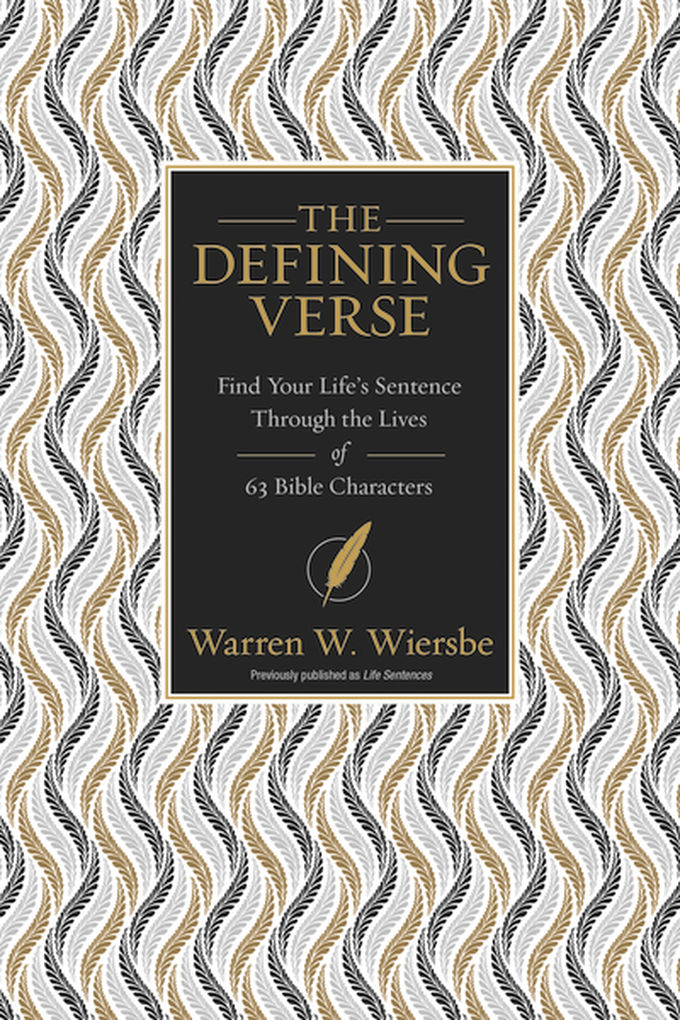 “Scripture frequently sums up a man’s life in a single sentence.” – Charles Spurgeon

Inspired by the great preacher Charles Spurgeon, Warren Wiersbe launched a personal study of the lives of prominent Bible characters. Interested in more than biographical facts, Wiersbe sought out the themes of each person’s life as reflected in the pages of Scripture.

The Defining Verse takes you into the lives of sixty-three Biblical men and women who encountered an extraordinary God. For each, Wiersbe identifies a Scripture verse that sums up that individual’s life and then reflects on the lessons to be learned, both positive and negative. Now including a personal study for personal self-reflection, you will not only be challenged by these examples, you will be stimulated to consider what your “life sentence” will be.

Warren W. Wiersbe, former pastor of the Moody Church and general director of Back to the Bible, has traveled widely as a Bible teacher and conference speaker. Because of his encouragement to those in ministry, Dr. Wiersbe is often referred to as "the pastor’s pastor." He has ministered in churches and conferences throughout the United States as well as in Canada, Central and South America, and Europe. Dr. Wiersbe has written over 150 books, including the popular BE series of commentaries on every book of the Bible, which has sold more than four million copies. At the 2002 Christian Booksellers Convention, he was awarded the Gold Medallion Lifetime Achievement Award by the Evangelical Christian Publishers Association. Dr. Wiersbe and his wife, Betty, live in Lincoln, Nebraska.