COVID-19 Response: We're still shipping to the continental U.S., and shipping is FREE.

The Gospel According to Jesus

What Is Authentic Faith?
John F. MacArthur
Not Available Request an Exam Copy 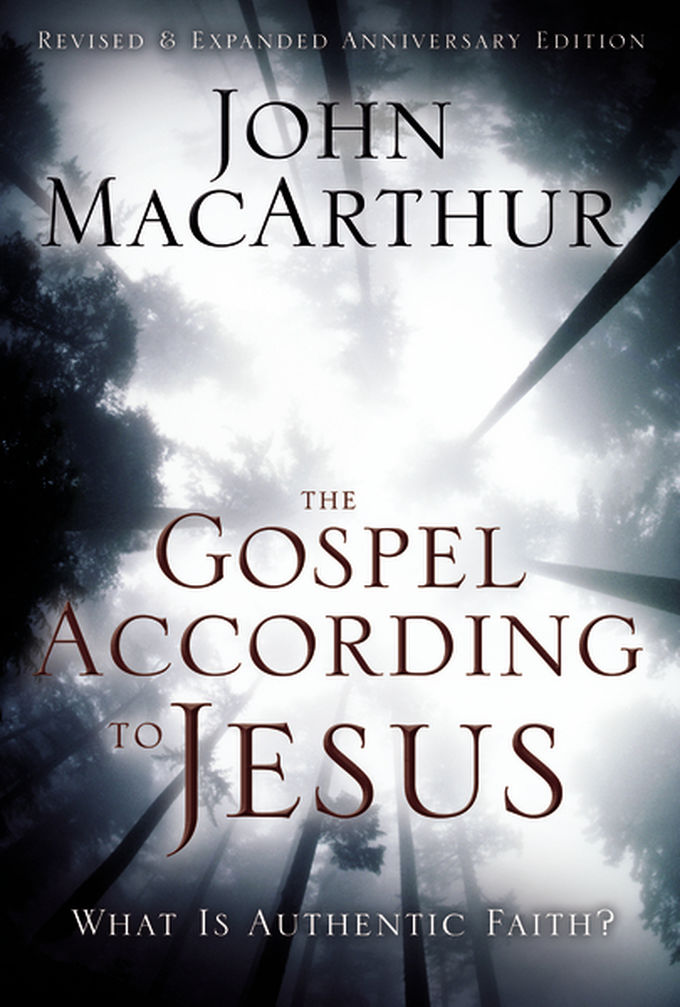 The first edition of The Gospel According to Jesus won wide acclaim in confronting the “easy-believism” that has characterized some aspects of evangelical Christianity. Over the past 50 years, a handful of books have become true classics, revered world-wide for their crystal-clear presentation of the Gospel and lauded for their contribution to the Christian faith. These extraordinary books are read, re-read, and discussed in churches, Bible study groups, and homes everywhere. John MacArthur’s The Gospel According to Jesus is one of those books. In The Gospel According to Jesus, MacArthur tackles the idea of “easy believism,” challenging Christians to re-evaluate their commitment to Christ by examining their fruits. MacArthur asks, “What does it really mean to be saved?” He urges readers to understand that their conversion was more than a mere point in time, that, by definition, it includes a lifetime of obediently walking with Jesus as Lord. This 20th anniversary edition of MacArthur’s provocative, Scripture-based book contains one new chapterand is further revised to provide Christians in the 21st century a fresh perspective on the intrinsic relationship between faith and works, clearly revealing Why Jesus is both Savior and Lord to all who believe.

John MacArthur has served as pastor-teacher of Grace Community Church in Sun Valley, California, since 1969. His ministry of expository preaching is unparalleled in its breadth and influence. In more than five decades of ministry from the same pulpit, he has preached verse by verse through the entire New Testament and several key sections of the Old Testament. He is Chancellor of the Master’s University and Seminary, and can be heard daily on the Grace to You radio broadcast (carried on hundreds of radio stations worldwide). He has authored numerous bestselling books, including Twelve Ordinary Men and One Perfect Life.

For more details about John MacArthur and his Bible-teaching resources, contact Grace to You at 800-55-GRACE or gty.org.