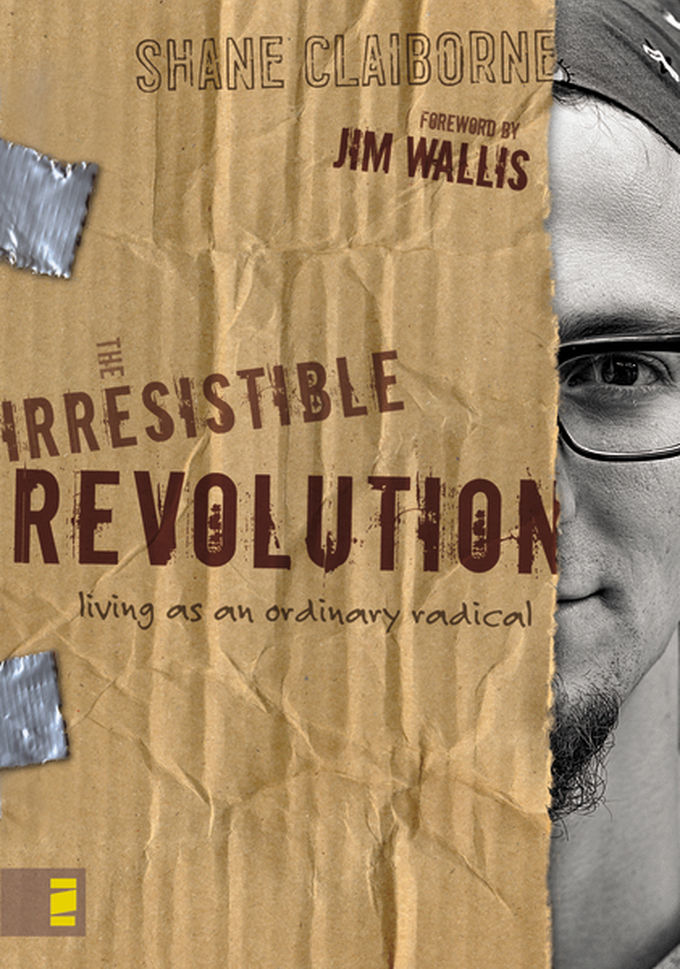 Many of us find ourselves caught somewhere between unbelieving activists and inactive believers. We can write a check to feed starving children or hold signs in the streets and feel like we've made a difference without ever encountering the faces of the suffering masses. In this book, Shane Claiborne describes an authentic faith rooted in belief, action, and love, inviting us into a movement of the Spirit that begins inside each of us and extends into a broken world.

Shane's faith led him to dress the wounds of lepers with Mother Teresa, visit families in Iraq amidst bombings, and dump $10,000 in coins and bills on Wall Street to redistribute wealth. Shane lives out this revolution each day in his local neighborhood, an impoverished community in North Philadelphia, by living among the homeless, helping local kids with homework, and "practicing resurrection" in the forgotten places of our world. Shane's message will comfort the disturbed, and disturb the comfortable . . . but will also invite us into an irresistible revolution. His is a vision for ordinary radicals ready to change the world with little acts of love.

Shane Claiborne is an activist, author of Jesus for President, coauthor of Common Prayer, and is a founder of The Simple Way, a community in inner-city Philadelphia that has helped birth and connect radical faith communities around the world.

If there is such a thing as a disarming radical, 30-year-old Claiborne is it. A former Tennessee Methodist and born-again, high school prom king, Claiborne is now a founding member of one of a growing number of radical faith communities. His is called the Simple Way, located in a destitute neighborhood of Philadelphia. It is a house of young believers, some single, some married, who live among the poor and homeless. They call themselves 'ordinary radicals' because they attempt to live like Christ and the earliest converts to Christianity, ignoring social status and unencumbered by material comforts. Claiborne's chatty and compelling narrative is magnetic---his stories (from galvanizing a student movement that saved a group of homeless families from eviction to reaching Mother Teresa herself from a dorm phone at 2 a.m.) draw the reader in with humor and intimacy, only to turn the most common ways of practicing religion upside down. He somehow skewers the insulation of suburban living and the hypocrisy of wealthy churches without any self-righteous finger pointing. 'The world,' he says, 'cannot afford the American dream.' Claiborne's conviction, personal experience and description of others like him are a clarion call to rethink the meaning of church, conversion and Christianity; no reader will go away unshaken. (Feb.) -- Publisher’s Weekly