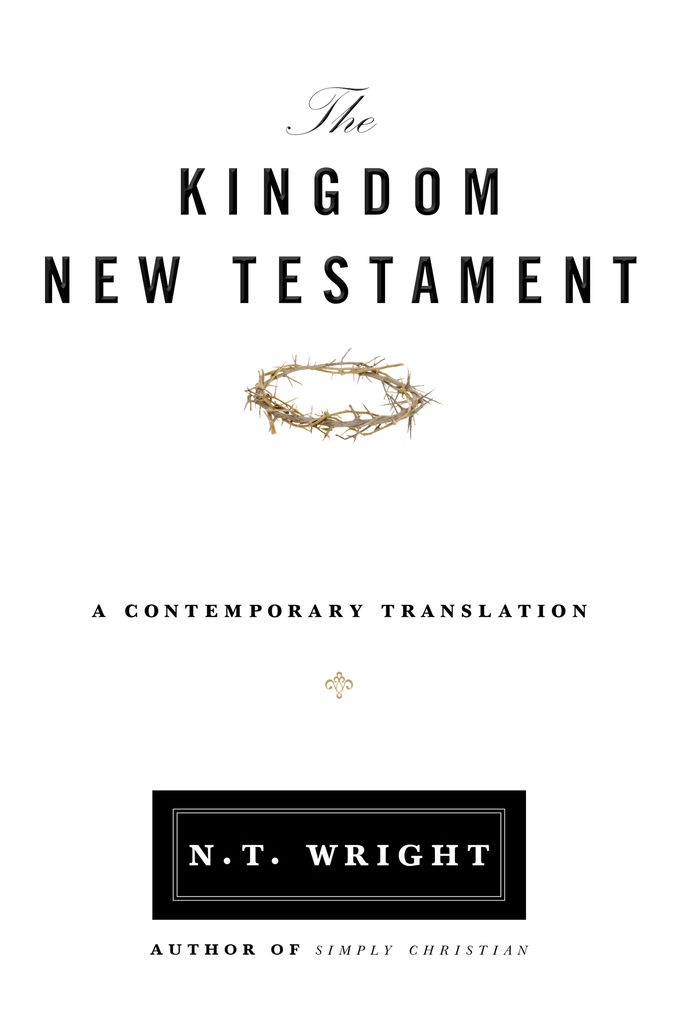 The New Testament for the Twenty-First Century

Many readers of the New Testament have grown overly familiar with the biblical text, losing sight of the wonder and breadth of its innovative ideas and world-changing teachings about the life and role of Jesus of Nazareth. In The Kingdom New Testament, N. T. Wright, author and one of the world’s leading New Testament scholars, offers an all-new English translation that invigorates these sacred texts and allows contemporary readers to encounter these historic works afresh. The original Greek text is vibrant, alive, and active, and Wright’s translation retains that spirit by providing a new English text for the twenty-first-century reader. At the same time, based on his work as a pioneering interpreter of the Bible, Wright also corrects other translations so as to provide more accurate representations of the original writers’ intent.

The Kingdom New Testament features consistent use of gender-neutral language and a more “popular-level” language matching character of the original Greek, while maintaining the vibrancy and urgency of the original work. It will help the next generation of Christians acquire a firsthand understanding of what the New Testament had to say in its own world, and what it urgently has to say in ours.

N. T. Wright is the Chair of New Testament and Early Christianity at the University of St. Andrews in Scotland. He is the award-winning author of many books, including After You Believe, Surprised by Hope, Simply Christian, The Challenge of Jesus, and The Meaning of Jesus (coauthored with Marcus Borg), as well as the series Christian Origins and the Question of God.