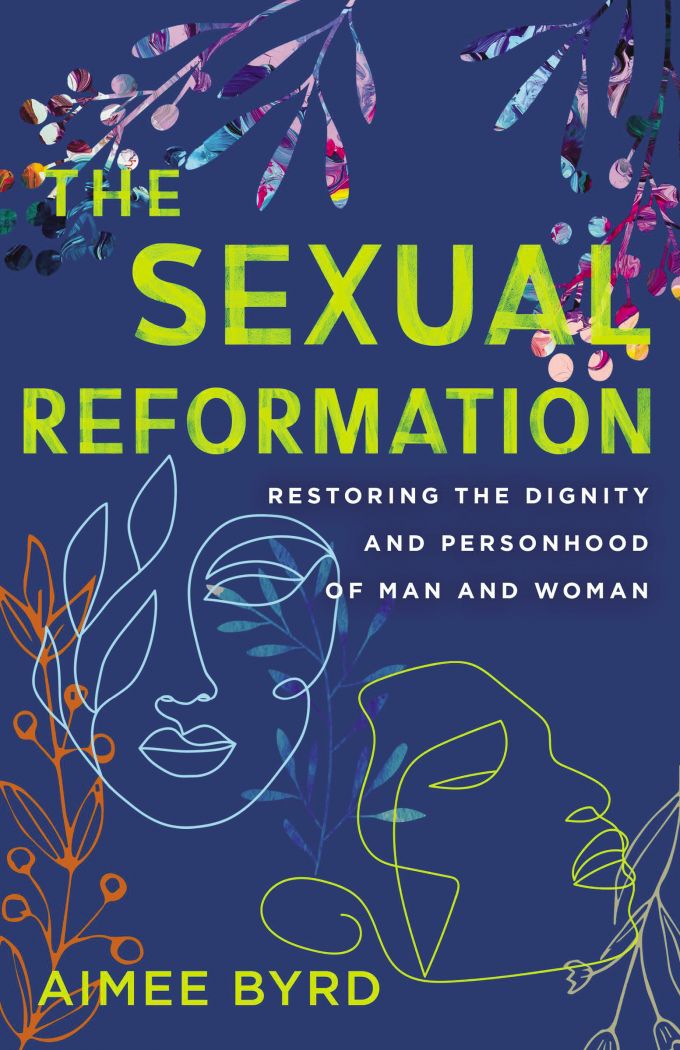 Since the Reformation, Protestants have confessed that the church is reformed and always reforming. But do we really believe this? Why, then, are we so shocked to hear that the church itself needs a sexual reformation? That the church has been fighting to uphold biblical distinction between the sexes against a culture that is rapidly and aggressively challenging this, is certainly one reason. But in trying to be faithful to the beauty of God's design for man and woman, the church has instead latched onto a pagan, Aristotelian concept of man and woman--that woman is by nature inferior to man--which robs us of the dignity of personhood as man and woman created in the image of God.

Much of the evangelical teaching on the sexes is based on cultural stereotypes and an unbiblical ontology of male authority and female subordination. While some try to correct this, they often flatten the meaningful distinctions in the feminine and masculine gift. We end up missing the beautiful message that our bodies, and our whole selves as men and women, tell: the story of the great joy in which Christ received his gift of his bride, the church. Having taken on flesh, he is bringing her to the holy of holies, ushering her behind the veil, and securing communion with his bridal people in sacred space. He gave himself as the ultimate Gift and he loves us to the end. We see this highlighted in the book placed right in the middle of our Bibles. The Song of Songs enfleshes our hope as it poetically sings the metanarrative of Scripture.

In this book, Aimee Byrd invites you to enter into the Song's treasures as its lyrics reveal a typology in God's design of man and woman, one that unfolds throughout the canon of Scripture. The meaning of man and woman extends beyond biology, nature, and culture to give us a glimpse of what is to come. Our bodies are theological. They are visible signs that tell us something about our God. This often-ignored biblical book has much to teach us about Christ, his church, man, and woman. It teaches us the whole point of it all. And what it teaches us is not a list of roles and hierarchy, but a love song. We are ripe for a sexual reformation in the church, and recovering a good theological anthropology is imperative to it. We desperately need to peel away the Aristotelian mindset of man and woman that still pervades much of the teaching on gender and sexuality in the church today.?The Holy Spirit is speaking to us in his Word to bring about a sexual reformation. He invites us to sing an eschatological song. In doing so, we find ourselves in it. We participate in it. We find beauty in it. We persevere by it. It changes us.

Aimee Byrd is author, speaker, blogger, podcaster, and former coffee shop owner. Aimee is author of several books, including Housewife Theologian (P&R, 2013), Theological Fitness (P&R, 2015), No Little Women (P&R, 2016), and Why Can’t We Be Friends? (P&R, 2018). Her articles have appeared in First Things, Table Talk, Modern Reformation, By Faith, New Horizons, Ordained Servant, Harvest USA, and Credo Magazine and she has been interviewed and quoted in Christianity Today and The Atlantic. She is the cohost of Mortification of Spin podcast for The Alliance of Confessing Evangelicals and regularly blogs there as well. Aimee and her husband have three children and reside in Brunswick, Maryland.