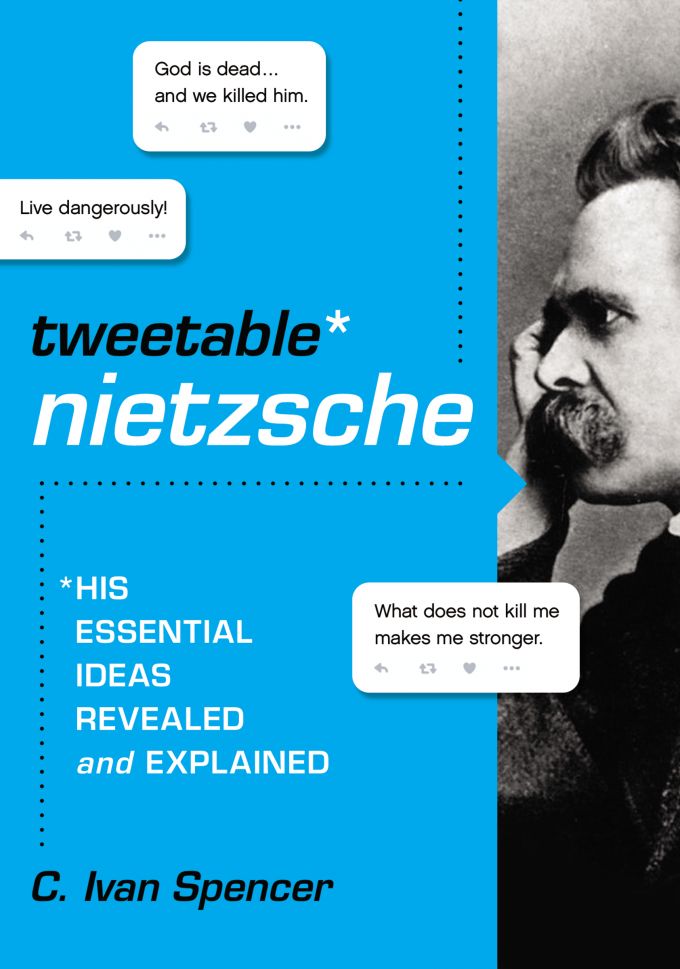 Nietzsche’s incalculable sway on our culture persists to this day. Even his acerbic criticism of Christianity has affected the religion. But many people remain unaware of the pervasive attitudes Nietzsche disseminated, attitudes they echo. His stark prophecy that “God is dead, and we killed him” thrives in this accelerating secular age where postmodernists lionized him as a prophetic voice of a new era.

C. Ivan Spencer (PhD, University of Texas at Arlington) is Professor of History and Philosophy at The College at Southeastern, in Wake Forest, NC. He teaches the history of ideas, philosophy, and history. Ivan was the creator of the school's history of Ideas curriculum and major and has cultivated the study of the greatest thinkers from the past to the present.

Ivan Spencer’s The Tweetable Nietzsche is the liveliest and fastest-paced introduction to Friedrich Nietzsche’s thought that one could wish for. Anyone who reads this book will be informed, instructed, and entertained. -- Bruce Riley Ashford, Provost and Professor of Theology and Culture, Southeastern Baptist Theological Seminary

I once wrote a paper titled “Why Nietzsche was Right” in his criticisms of the church and so forth. Ultimately, I said he was “Wrong.” This book by Ivan Spencer is also “Right” and certainly not wrong. By “Right” I mean really, really good. By “Wrong” I mean Nietzsche had a fallacious worldview. We need more books like this one, with its worldview orientation, specifically toward Nietzsche. And thank God for @TwilghtOfIdols and several hashtags. If you read this work, you can tweet Nietzsche, too, under 140 characters (including spaces) and perhaps develop a biblical worldview - one unlike Nietzsche’s own. After all, he got things Wrong! -- David Naugle, Th.D., Ph.D., Chair and Professor of Philosophy, Dallas Baptist University

Ivan Spencer does the reading public a great service in his volume TWEETABLE NIETZSCHE by providing a very readable account of the basic and foundational thought of Nietzsche. While the style is popular, the content is substantive. Spencer surveys the basic worldview of Nietzsche in some depth, demonstrating how everyone has a worldview either on the conscious or subconscious level that consequently profoundly shapes their view of things. He also spells out the implications of Nietzsche's worldview for ethics and epistemology and life in general. The volume is a good introductory read and I highly recommend it for someone interested in the basic outlines and implications of Nietzsche's thought. -- Jim Parker, Professor of worldview and culture, The Southern Baptist Theological Seminary