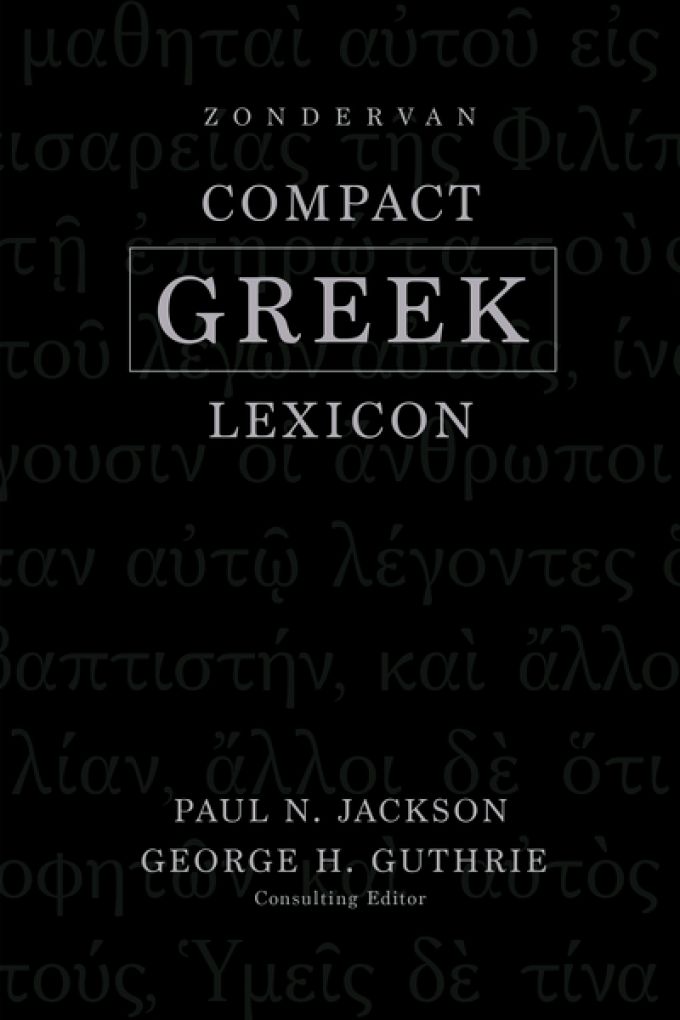 The Zondervan Compact Greek Lexicon by Paul N. Jackson and George H. Guthrie is a portable and affordable dictionary that provides concise, contextualized meanings for every word in the Greek New Testament. It incorporates the best of the latest scholarship, and is ideal for the student and pastor.

Designed for dynamic engagement with the meanings of Greek words, the Lexicon employs a consistent scheme that shades each distinctive part of every word. Each entry also includes a total occurrence count for the Greek New Testament. Noun entries include their genitive form with their appropriate article and declension. Words occurring four times or less include every biblical reference for those occurrences, and words occurring more than four times will offer representative biblical references. All definitions are contextually driven, but when a word's definition requires extended treatment due to lexicographical uncertainty or scholarly debate, a superscripted reference is included.

Finally, the Lexicon identifies and treats irregular verbs in the Greek New Testament, helping students of all levels recognize verbal forms whose form is virtually identifiable within its original context.

Paul N. Jackson is former professor of biblical studies and Greek at Union University in Jackson, TN, where he taught Bible and New Testament Greek for nearly thirty years. He edited Zondervan's second volume of Devotions on the Greek New Testament. He is also the author of An Investigation of Koimaomai in the New Testament: The Concept of Eschatological Sleep and is currently writing a commentary on Matthew for the Kregel Exegetical Library. He has taught in Mozambique, Pakistan, and Russia.