2 Crucial Lessons the Western Church Can Learn from African Christianity 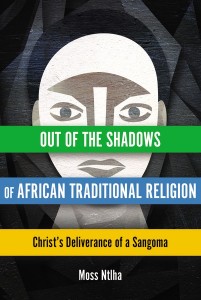 Francinah was born into a family of traditional spiritual healers of African traditional religion who were strongly opposed to Christianity. In time she herself became one of these so-called sangomas.

But over the years Jesus revealed himself to her in visions, delivering her from the power of ancestral spirits, convicting her of the sin of her abortions, and commissioning her as a prophet to spread the gospel. In a radical display of obedience, she destroyed all items associated with her work as a sangoma and ancestral spirituality, and began to preach wherever she found herself.

Moss Ntlha tells this important story in his new book, Out of the Shadows of African Traditional Religion. He hopes Francinah’s story will be of help to fellow Christ-followers in Africa who are looking to bring the gospel “home” to their people. And yet, his book is more than this:

Francinah’s story also raises and answers African questions about God, redemption, and the spirit world. While it is an African story, it is also relevant to those who are not African, for the theme of human redemption and deliverance from spiritual bondage is a universal one. (xiii)

Westerners need Francinah’s story not only for what it teaches about African traditional religion. They need it for two important lessons African Christianity teaches the Western church.

Ntlha recounts a conversation he had with a well-known sangoma with a PhD in African Traditional Religion (ATR) and the archbishop of a large indigenous million-member church.

The ATR practitioner expressed her dismay with Christians who combine their faith with traditional religion, arguing such syncretism was bad for Christianity and ATR. The archbishop, however, believed that a properly contextualized African Christianity had no quarrels with traditional African religious ideas or practices, like sacrificing to ancestors and interceding through them.

To combine ATR and Christianity is to compromise the integrity of both. To claim, as the archbishop does, that African ancestors have a mediating role that is cultural but not religious is to deny Africans their legitimate claim to a religion of their own. (77)

Here he quotes Byang Kato, an evangelical African scholar who has important words for us Westerners, as well:

Ntlha argues authentic Christian worship requires contextualization, but in a way that neither syncretizes with culture nor allows it to trump the faith. This pastoral reminder is important for Western Christians seeking the same.

Francinah’s story is also important because of what it has to say about Christian mission and missiological concerns that transcend the boundaries of the church.

When it comes to his own context Ntlha wonders, “What will happen if South Africa rejects Christ in its ‘body language’ if not in its actual words?” (79) Especially when it comes to freedom.

Consider how Ntlha describes the task of rebuilding post-liberation Africa:

In large measure, this task consisted of reimagining freedom and developing a constitutional framework that would codify the ideals of that freedom. Everything understood to be oppressive to the mind, soul and body of African people would be cast aside as a yoke of oppression. (80)

Many believed this political project necessitated “the mainstreaming of all things African, including African indigenous religions” (81) at the expense of anything associated with colonialism, including Christianity; they threw out "the bathwater of colonialism and apartheid with the baby of the Christian message" (83). Therefore, notions of freedom leaned toward the secular.

Ntlha hopes Francinah’s story “will be helpful for those seeking God’s way in the midst of the ideological deceptions of contemporary society” (89) to address unique challenges within specific missional contexts.

"Francinah’s story got my attention,” writes Ntlha, “because of two broad considerations, one pastoral and the other missiological.”

May her story not only inform your understanding of African traditional religion. May her authentic Christian worship help you contextualize your own faith.