9 Things You Should Know about Postconservative Theology 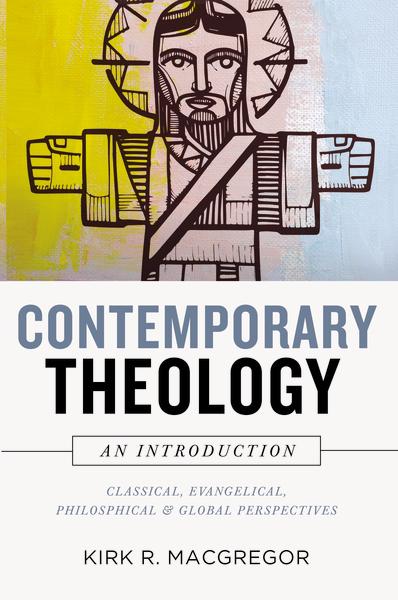 If you have ever longed to become acquainted with the major thinkers and schools of thought in Christian theology from the nineteenth century to the present, there is now a resource that is both accessible and comprehensive to aid in your understanding of the last two centuries of modern theology.

One of the especially relevant chapters is an exploration of postconservative theology, which has grown in recent decades in response to popular identifications of evangelicalism with a conservative political agenda. As MacGregor explains the movement:

In this enlightening chapter, MacGregor explores the essential elements making up postconservative theology. Below, we’ve highlighted nine things you need to know about this movement that continues to encompass a large number of evangelicals.

1) Scrutinizes Any Doctrine or Practice

In doing theology, postconservatives scrutinize doctrines and practices from the “received evangelical tradition” in light of the Word of God. They are open to new ways of thinking about anything as the faithful interpretation of Scripture demands. MacGregor notes an observation from Roger Olson to explain:

As Olson observes, “That is why it is possible to be more evangelical by being less conservative: insofar as ‘conservative’ denotes firm adherence to tradition and unwillingness to consider new theological ideas even in the light of fresh and faithful interpretation to Scripture, being conservative is contrary to the spirit of evangelical faith, which elevates the Bible above tradition.” (Olson, Reformed and Always Reforming, 17).

“Postconservative theology is therefore an evangelical reaction against the essence of conservatism—the determined adherence to the tradition of what has always been believed by Christians in general or by evangelicals in particular” (368).

2) Regards the Primary Purpose of Revelation as Transformative

Postconservative theologians believe the primary purpose of revelation is transforming people, rather than simply informing them. However, as MacGregor explains, “They do not reject the propositional, factual, and informational aspects of divine revelation, but they emphasize that God gives revelation mainly to redeem humans through personal encounter and relationship, an endeavor in which nonpropositional aspects of revelation prove effective” (368).

As such, many postconservative theologians champion so-called narrative theology, which stresses “the power of story to transform persons in a way propositions cannot. They wish to avoid reducing revelation to communication of information, a view they deem to be truncated” (368). Postconservative theologians fear conservative theology has become too attached to a sort of cognitive Christianity to the neglect of Christianity that, in the words of Olson, is “a personally transforming and personally involving relationship, rooted in revelation as God’s self-giving by means of a complex of dramatic actions, including but not limited to communication of truths” (Olson, Reformed and Always Reforming, 55).

3) Understands Theology as a Journey

Rather than the kind of epistemological conquest that marked the fundamentalist-modernist controversy, the postconservative understands theology as a pilgrimage and a journey. “Hence the constructive task of theology is always open,” argues MacGregor; “there are no closed, once-and-for-all theological systems” (369).

Part of the issue is the observation that those “who believe themselves in possession of God’s inerrant Word to transfer some of that inerrancy to themselves and thus to respond to anyone who challenges any aspect of their received doctrinal paradigms with righteous anger and vehement rejection” (369). Thus, postconservative theologians take risks in theological construction and appreciate the role of imagination such work.

5) Views Evangelicalism as a Centered-Set Category

The center is Jesus Christ, the gospel, and the five core commitments of biblicism, conversionism, crucicentrism (emphasis on Jesus’s saving work on the cross), activism in missions and social transformation, and respect for historic Christian orthodoxy as a secondary norm only to be corrected by the primary norm of Scripture. Individuals gathered around the center or moving toward it are genuinely evangelical; individuals departing from it or with their backs turned against it possess doubtful evangelical status. But there is no evangelical magisterium to determine who is “in” or “out.” (370)

6) Focuses on the Instrumental Use of Scripture

When it comes to the Bible, postconservative theologians don't focus on inerrancy but instead on it’s instrumental use of Scripture, which they see as more in line with Jesus’s own use. Rather than viewing his task as exegeting Scripture for its own sake, “for Jesus Scripture served as a means for different ends, such as expressing an awareness of fulfillment, provoking new forms of behavior, grounding doctrinal positions, and founding ethics” (371). MacGregor goes on to explain how postconservatives argue for Scripture's application, rather than its defense:

7) Does Theology for the Church

theology since Schleiermacher has been devoted to the mistaken task of trying to satisfy modernity’s expectation of proper scientific knowledge and has thereby undercut the true work of theology in the service of the church. Instead of considering the fallenness of humanity and hence the limitations of human knowledge, classical foundationalism exalted human sentiments over God’s Word. Theology’s adherence to classical foundationalism thus yields an anthropocentric rather than a theocentric approach to the knowledge of God. (372)

Postconservative theologians seek to reverse this trend, instead rooting theological epistemology in Scripture and using it for the sake of the body of Christ.

8) Anchors Essential Christianity in an Experiential Relationship with Jesus

Postconservative theologians anchor the essence of Christianity in a personal relationship with Jesus Christ instead of doctrinal belief—although many critics insist they can’t be so easily separated. Such criticism insists this pivot is similar to the theology of Friedrich Schleiermacher, the founder of liberal theology, who believed a so-called “God-consciousness” was the heart of religion, including Christianity.

Postconservatives “contend that evangelicalism is a form of the Christian faith expressed first and foremost in a distinctive spirituality that may be dubbed ‘convertive piety’” (372). MacGregor notes how Stanley Grenz put it: “To be truly evangelical, right doctrine, as important as it is, is not enough. The truth of the Christian faith must become personally experienced truth” (Grenz, Revisioning Evangelical Theology, 57). Which means Christian doctrinal language should take second place to the experience of God in one’s encounter with Jesus.

Although postconservatives may hold lightly to evangelical tradition, that doesn’t mean they hold lightly to the Great Tradition. MacGregory explains, “Postconservative theologians decry the ‘virtual elimination of tradition’ in much contemporary Protestant theology. However, the Great Tradition serves a ministerial rather than a magisterial role in theology…” (373). He quotes Olson to explain how this Great Tradition receives “a vote but never a veto in matters of doctrinal examination and reconstruction” (Olson, Reformed and Always Reforming, 63). As the Protestant dictum states: reformata et semper reformanda (reformed and always reforming). Which postconservatives insist means “the Great Tradition must not commandeer the position of Scripture itself” (373).

William Lane Craig “heartily” recommends Contemporary Theology, which he says “skillfully acquaints readers with the principal thinkers and schools of thought in Christian theology over the past two hundred years, both inside and outside evangelicalism.”

Add Kirk MacGregor’s work to your reading list for 2019—a noteworthy introduction that makes complex thought understandable and traces the landscape of modern theology in a ways that’s well-organized and easy-to-follow.