A Good Crucifixion? (Excerpt from A Place For Weakness by Michael Horton)

As we reflect on the death of Christ this Holy Saturday, let us consider this selection from A Place For Weakness by Michael Horton.

If we ever question — and if you haven’t yet, you will — the reliability of that famous assurance that “for those who love God all things work together for good, for those who are called according to his purpose” (Romans 8:28), we have before us a dilemma. How could the incarnation, suffering, humiliation, and eventual death of the Son of God be explained in anything but tragic terms? Who among us was least deserving of his lot in life? And yet, unlike most instances of our suffering in the world, in this case we know not only that, but how and why all things worked together for our good in those events.

All along the way, there were obstacles. The first, not surprisingly, came from Lucifer, the first theologian of glory, who had led the first Adam astray and had no doubt tempted Israel to demand food in the wilderness instead of trusting in every word that comes from the mouth of God. Now he sought to draw the second Adam into satisfying his own felt needs by choosing worldly pomp (“the kingdoms of the world”) over the cross. Taking Satan’s route, Jesus could secure power, money, success, and happiness right here, right now. Total security. Never wondering whether there was enough in the bank account to cover an expense, he would have the world at his feet. No more dusty days and homeless nights, enduring the humiliation of insults and unbelief from the very people who had been prepared by the prophets to welcome him. Glory for himself now, instead of the cross — that was the temptation (Matthew 4:1 – 11)…

But as Jesus went along that road toward Jerusalem, more signs accompanied increasingly clear announcements about this person and work. Crowds began pressing on him and his disciples.

He tried to confide in his disciples, explaining what this mission was all about, but they kept changing the subject every time he brought up his impending death. Even for Jesus’ own brothers, who did not yet believe in him, Jesus was a marketable product (John 7:3 – 4). It was the theology of glory, the religion of the “healthy-minded” type: optimistic, revolutionary, victorious. The disciples saw Jerusalem as the big time, the payoff for all their labors: “If I can make it there, I’ll make it anywhere,” as Sinatra sang about New York City. “We’re going to Jerusalem all right,” Jesus kept saying, “but it will be nothing like what you have in mind.”

Mark’s gospel especially underscores the repeated times that Jesus tried to explain his death and resurrection.Finally, Peter, weary of all this talk about the theology of the cross, rebuked his Master:

“Divine things” here corresponds to God’s plan of redemption through the cross; “human things” corresponds to the theology of glory. Like the Pharisees, the disciples were often more impressed with Jesus’ signs-and-wonders ministry than with his words to which the signs pointed. So from this rebuke Jesus launched into a sermon:

Jesus would come with power, to liberate and to judge, in great splendor and majesty, as the disciples were anticipating when they rolled into Jerusalem. But that was not to be the purpose of this trip, Jesus said (Mark 9:1). They had confused Christ’s first coming in weakness with his second coming in power.

On an earlier occasion James and John had wanted to call down fire on a Samaritan village that refused to hear the gospel, but “Jesus turned and rebuked them, and they went to another village” (Luke 9:55 – 56 NIV). In Mark 10, Jesus explained his impending death and resurrection once again. And what was the disciples’ response this time? James and John put in a petition for their rank in the kingdom of glory: “Grant us to sit, one at your right hand and one at your left, in your glory” (Mark 10:37). Did they hear anything about the cross? Did they get any of it? Jerusalem, for the disciples, still meant Jesus’ coronation day in the capital, and they could barely sleep at night, picturing themselves on the platform with him.

…Mercifully, the brothers’ request was not answered. They were not crowned on Jesus’ right and left hand that day on Golgotha. They did not endure divine condemnation. Jesus went to his dreaded throne alone, for them. Jesus gathers the disciples close to him to indicate the kind of kingdom he is inaugurating, so contrary to their apparent expectations:

Gentile power brokers put their enemies on crosses in order to get to the top; this ruler puts himself on one for his enemies. Whenever Jesus brought up his death with the disciples, they either rebuked him for morbidity or changed the subject to a more uplifting, upbeat, edifying topic. Like all of us, they wanted the healthy-minded religion, not the religion of the sick soul. But the Father and the Holy Spirit responded differently.

When Jesus willingly embraced the cross in his baptism, the Holy Spirit’s benediction was heard. And now, for the fourth time, Jesus spoke at length concerning his death, and again the Father and the Holy Spirit testified to the Son’s ministry. In fact, the only times in the Gospels where we read of a voice coming from heaven are when Jesus obediently embraced the cross:

What is so remarkable is that as the disciples fled the crucifixion scene, it was a Roman military officer who, amid the clamor of thunder and under the shroud of darkness, declared, “Truly this man was the Son of God!” (Mark 15:39). Only after the resurrection did Jesus find his dejected disciples and explain to them how everything that had just occurred was according to plan — and not only God’s secret plan by which he works all things together for good, but according to his unfolding plan in history, which was largely available to them if they would only have read the Scriptures, with Christ and the gospel at the center…

So where is God amid so much suffering? Hanging on the cross, bearing in his own body the curse of his own law, drinking the cup of wrath and the venom of our sin and death. Even though we cannot see God’s sovereignty and goodness reconciled in holocausts, tsunamis, hurricanes, and fires, here the harmony is empirically verifiable! God is neither aloof to our suffering nor powerless to intervene.

(Learn more about Michael Horton's A Place For Weakness.) 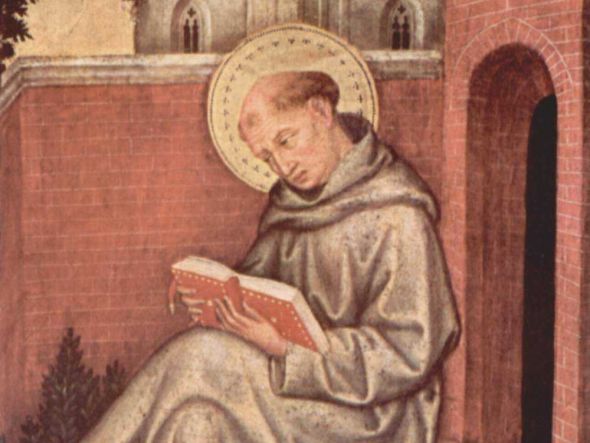 Extracurricular Activities 4.4.15— Psalms for Easter, Thomistic Protestants, & Shedd's Trinitarianism Michael Bird On Preaching the Psalms this Easter How did the early preach about Jesus if they did not have a New Testame...
Your form could not be submitted. Please check errors and resubmit.