In first year Greek, we teachers need to make a bigger deal of Aktionsart. Meaning isn’t conveyed just by the meaning of the word, or its tense, or its aspect. Language gives us many tools to nuance what we want to say, and our students need to know that meaning can also help convey aspect.

For example, Matthew 5:2. “And he opened his mouth and taught (ἐδίδασκεν) them” (ESV, also NRSV). ἐδίδασκεν is imperfective, but the ESV thinks that the meaning of “to teach” is sufficiently continuous that the verb doesn’t need to be expressly continuous. Most translations treat it as an inceptive imperfect: “he began to teach” (NASB, CSB, NIV, NLT), pointing forward to the Sermon on the Mount.

The first three verbal forms are imperfective imperatives (built on the present tense stem); since they are outside the indicative, they only indicate aspect. The substantival participles are likewise imperfective, but aspect is less significant in a substantival construction. So what is Jesus saying?

The problem is that a normal reading of the English suggests Jesus is talking about a single ask, a single attempt at seeking, a single knock on the door. Of the three, the meaning of “seek” is most likely to be heard as continuous (hence my addition of “a single attempt”), but “ask” and “knock” sound punctiliar.

So this is one of the passages where the meaning of the word isn’t contributing much toward helping us understand the aspect of the verb, and most translations don’t express the explicitly continuous nature of the imperatives. Only the NLT with its periphrastic translation philosophy is able to convey the fuller meaning of the Greek. “Keep on asking, and you will receive what you ask for. Keep on seeking, and you will find. Keep on knocking, and the door will be opened to you.”

The repetition of “keep on” may sound a little laborious to our ears, but at least the NLT is translating the Greek, and not under-translating as everyone else does. And this is a significant point. Jesus is talking about persistence in prayer. He is not a Coke machine where you put in your dollar (“ask … seek … knock”) and he magically answers. No, this is part of the challenge of persistent prayer within the context of an almighty God who always hears us, but answers in ways that he knows best and that most glorify himself. And in the process we receive his answer, find what we are truly seeking, and have the right doors opened for us.

As the Italian proverb has it: “Translators are traitors.”

William D. [Bill] Mounce posts about the Greek language and exegesis on the ZA Blog. He is the president of BiblicalTraining.org, a ministry that creates and distributes world-class educational courses at no cost. He is also the author of numerous works including the bestselling Basics of Biblical Greek and a corresponding online class. He served as the New Testament chair of the English Standard Version Bible translation, and is currently on the Committee for Bible Translation for the NIV.

Bill Mounce
Bill is the founder and President of BiblicalTraining.org, serves on the Committee for Bible Translation (which is responsible for the NIV translation of the Bible), and has written the best-selling biblical Greek textbook, Basics of Biblical Greek, and many other Greek resources. He blogs regularly on Greek and issues of spiritual growth. Learn more about Bill's Greek resources at BillMounce.com.
Next Post
[Common Places] Reading Notes: Soli Deo Gloria 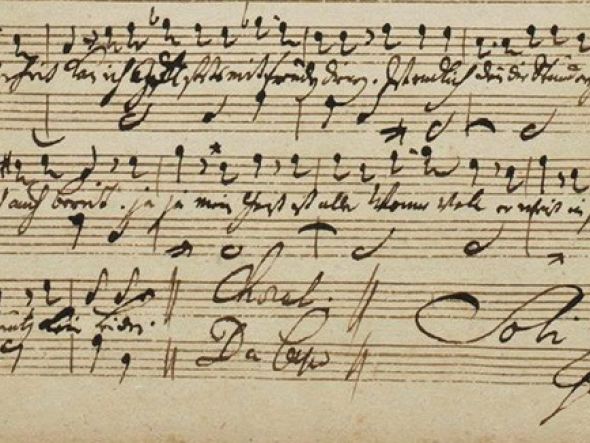 [Common Places] Reading Notes: Soli Deo Gloria This year we celebrate the 500th anniversary of the beginnings of the Protestant Reformation, looking back to Martin Lut...
Your form could not be submitted. Please check errors and resubmit.