How Should Biblical Morality Shape Immigration, Refugee, and Border Policy? 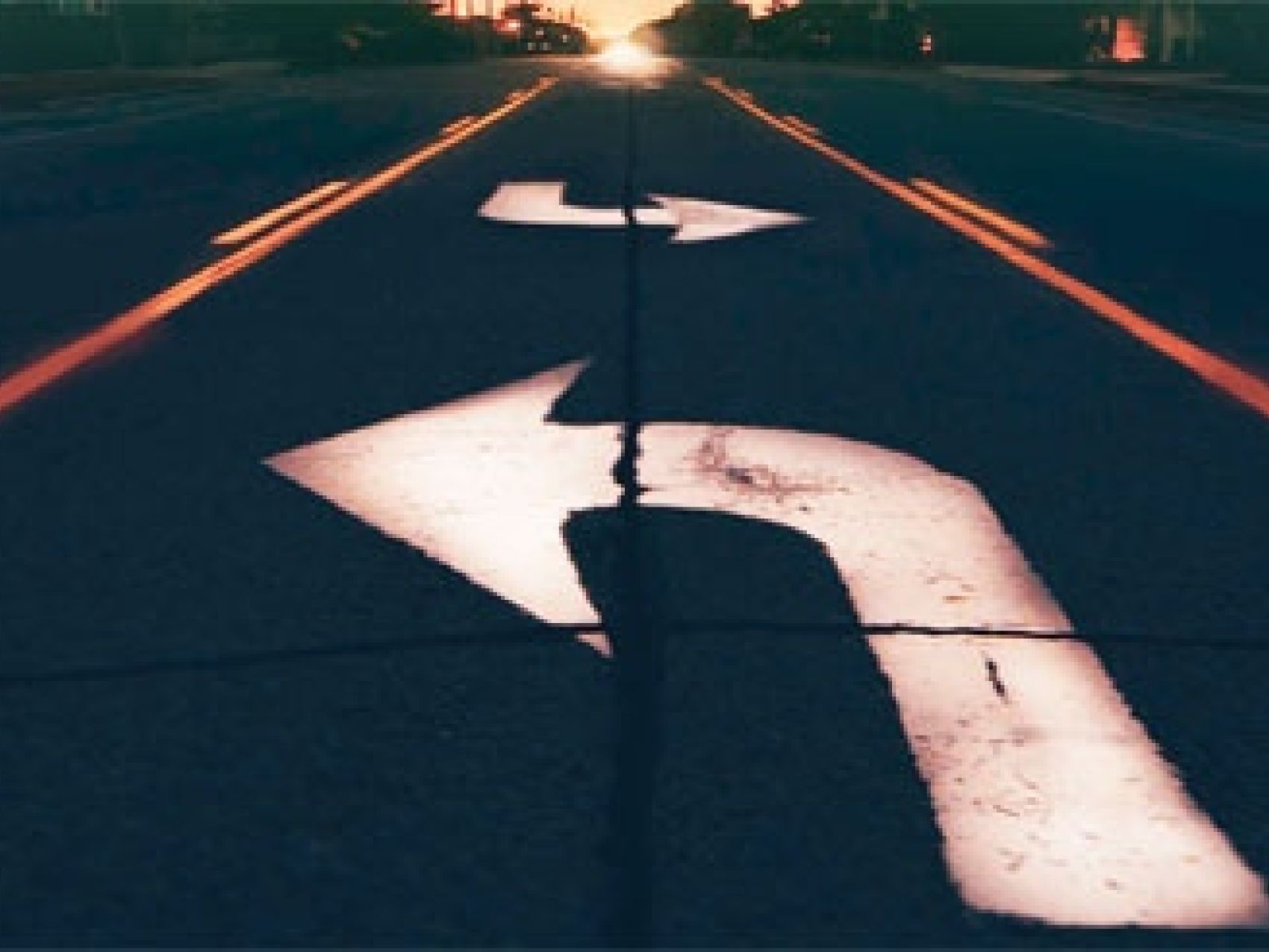 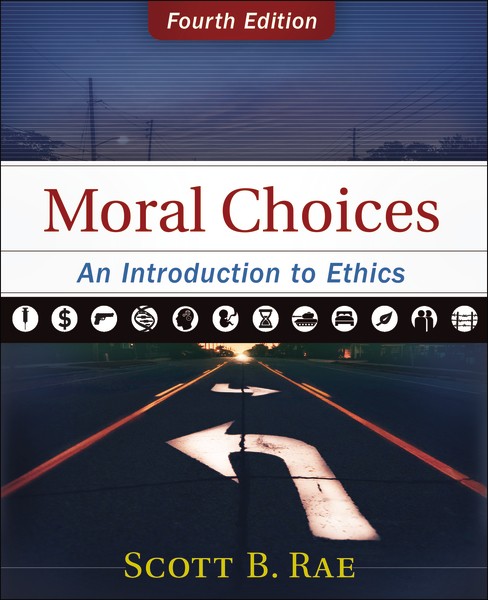 One of the more controversial issues of our day—both in the US and abroad, both political and moral—is how a nation should shape and enforce its immigration laws. The issue carries with it several questions that require nuance and consideration—particularly for Christians.

As Christians, how should we consider issues of immigration, refugees, and border control? How should biblical morality shape such laws? Does the Bible even offer us principles for drafting sound, compassionate public policy solutions? Scott B. Rae’s new fourth edition of Moral Choices offers some biblical and practical guidance on these questions. (Rae's Moral Choices is a proven, standard text for Christian ethics courses, and updates to the fourth edition include a new chapter on immigration, among other new chapters mentioned at the bottom of this post.)

How does Rae frame the biblical context of the immigration discussion?

Many immigrants surely constitute a part of the human community of which the Bible calls the vulnerable, oppressed, and victimized. As we’ve seen already in chapter 3 [entitled Christian Ethics], the Bible has much to say about the community’s responsibility for the vulnerable, to provide a safety net for them and not take advantage of them. A culture’s inclination to care for the most vulnerable among them is a sign of its spiritual health and reflects the heart of God toward the weak and defenseless. (459)

Read on for more of Rae’s chapter on immigration, refugees, and border control. Instructors, if you'd like to consider this text for your ethics course, request an exam copy.

What follows for public policy from the biblical discussion of immigration is a whole different set of questions. How should biblical morality shape immigration law? What role does the Bible play in the specifics of public policy? What biblical principles should have a bearing on the law, in addition to pragmatic concerns? Hopefully, by the time this book goes to print, the United States will have enacted more comprehensive immigration reform, and many of these questions will be settled. However, it may be more likely that immigration law will change gradually and incrementally, with the result that some of the issues discussed here will still require resolution in the future.

To be clear, the Bible does not generally give detailed policy prescriptions. Simply because the Mosaic law handled an issue in a particular and even detailed fashion, nothing necessarily follows from that for two reasons. First, as we’ve discussed, the people of God, not to mention any specific nation, are not under the law as a rule of life today. No country is a theocracy in which the law of God is automatically the law of the land. Second, the culture of Old Testament Israel, particularly its economic life, was so different from the cultures of the developed world today that drawing direct application of Old Testament law without taking those differences into account can be interpretively perilous. The Bible gives broad, general moral principles that provide frameworks, parameters, and ideals for specific policy alternatives, but rarely, if at all, does the Bible provide policy specifics that are authoritative for today.

Whereas the Bible gives moral ideals with which to measure a culture, in a fallen and broken world, public policy is the arena of reality, and compromises and limited objectives are part of the landscape. Often in public policy, difficult choices must be made between competing obligations, responsibilities, and priorities, and the ideal is not often possible to accomplish. In some areas, it must be recognized that the competing goals are often incompatible, giving further rationale for the notion that difficult choices must be made. It would seem that in immigration policy, this is precisely the case, and as a result difficult choices must be made. For example, here are some of the goals of any immigration policy (in no particular order of priority):

No immigration public policy can maximize all of these goals at the same time. For example, it is not possible for any one country to accommodate all the refugees that are currently seeking resettlement. Even though many countries, particularly in Europe, are currently stretched to their limits, the number of refugees and immigrants seeking entrance to the developed world continues to increase. In addition, keeping the process fair will, at times, conflict with the goal of keeping immediate families intact. As a result, any immigration system will likely be imperfect, which is to be expected in constructing policy in a fallen, broken world.

The biblical principles that are fundamental to any immigration policy should include the following:

As with every issue he covers in his introduction to ethics Moral Choices, Rae offers more than an overview of what the Bible says. (In the case of immigration his biblical overview includes the important concepts of place and land, the exodus and sense of identity, themes of caring for the vulnerable, and the role of Genesis 1 in this discussion.)  Rae also offers practical guidance for considering the issues ethically and morally. For example, he addresses the Syrian refugee crisis, presidential travel bans, border walls, and logistical concerns.

With its unique union of theory and application and its well-organized, easy-to-use design, Moral Choices has earned its place as the standard resource for ethics courses. This updated edition offers extensive updates and revisions on chapters covering everything from abortion to euthanasia, sexual ethics to the morality of war, and human cloning to economics. It also offers brand new chapters covering immigration issues plus creation care and environmental ethics, gun control, and matters of diversity including race, ethnicity, and gender.

This resource is uniquely designed to help students make ethical decisions in today’s complex postmodern culture. If you're an instructor, request an exam copy of the new fourth edition today and consider it for one of your courses.

What the Bible Says About the Current Immigration Crisis

Jeremy Bouma
Jeremy Bouma (Th.M.) has pastored on Capitol Hill and with the Evangelical Covenant Church in Michigan. He founded THEOKLESIA, which connects the 21st century Church to the vintage Christian faith; holds a Master of Theology in historical theology; and makes the vintage faith relevant at jeremybouma.com.
Next Post
A Primer on the Legacy of Preaching: Volume One (Apostles to the Revivalists) 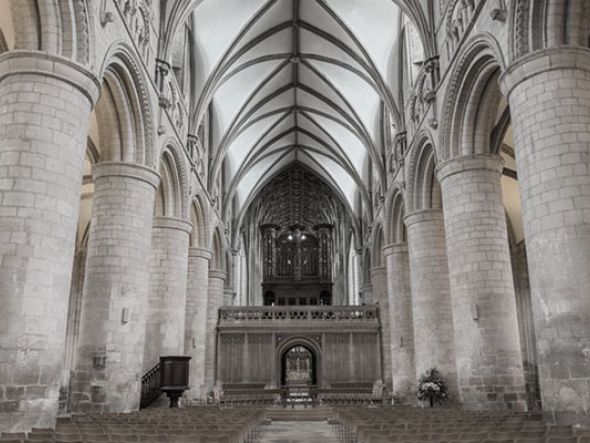 A Primer on the Legacy of Preaching: Volume One (Apostles to the Revivalists) What do Augustine and Francis of Assisi, Martin Luther and Matthew Henry, John Bunyan and Johnathan Edwards all have in ...
Your form could not be submitted. Please check errors and resubmit.