[Common Places] Can You Start in Azusa and Still Make It to Nicea? Engaging Christopher Holmes’s The Holy Spirit 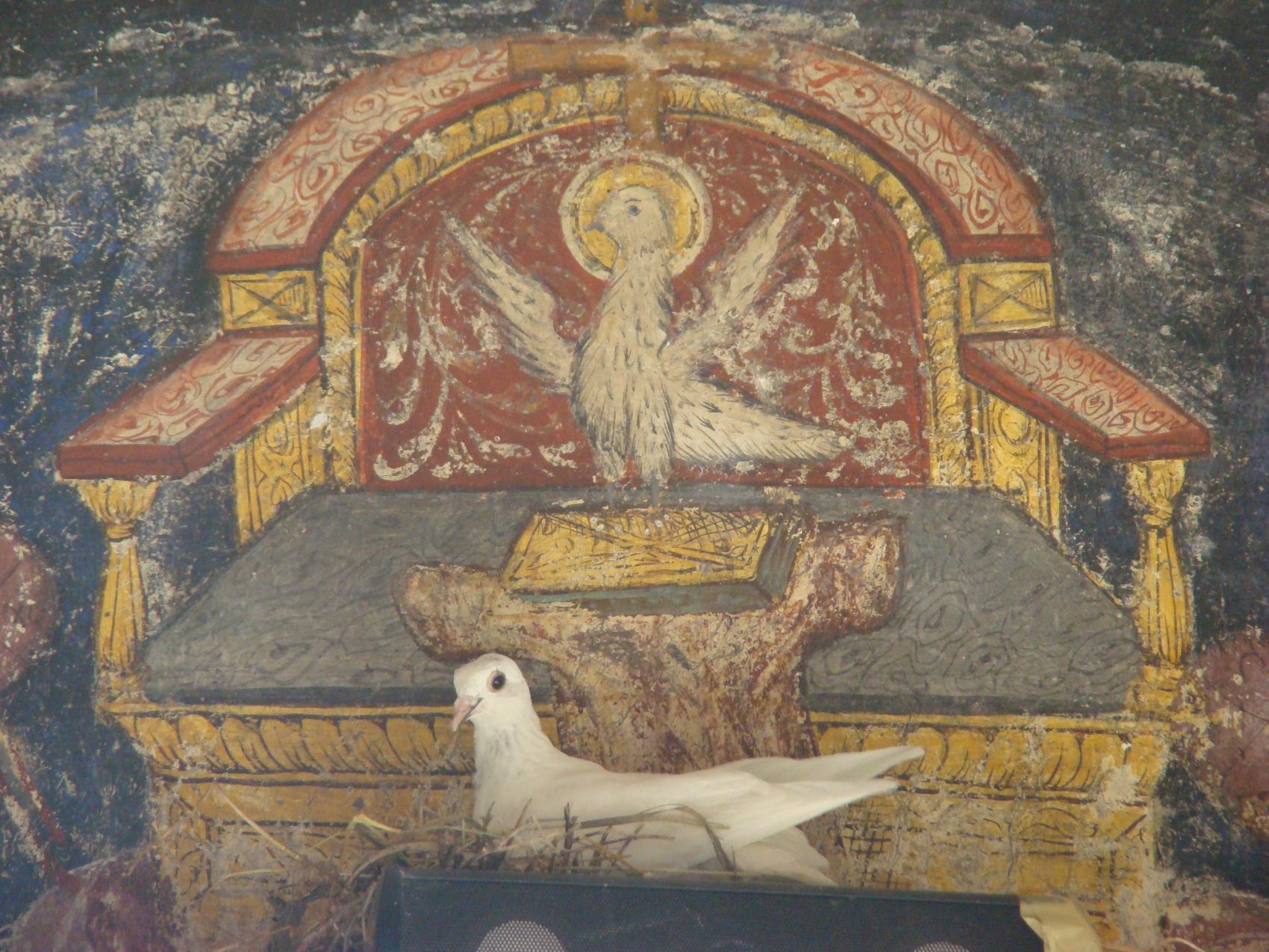 Zondervan Academic’s New Studies in Dogmatics series launched this fall with its first volume, Christopher Holmes’s The Holy Spirit, appearing in print in November. We will introduce readers to this work and engage with some of the doctrinal issues addressed therein over a series of four posts here at Common Places. In this final post, Marc Cortez detects apparent dissent between Holmes and one of his conversation partners.

Should theology always “begin” with the Son, or is it ever proper to construct a theological system that takes pneumatology as a fundamental starting point? According to Christopher Holmes, for any theology that seeks to be shaped by the pattern of the eternal triune relations, the answer to the latter half of that question is a clear no. Since the Spirit proceeds from the Son and points people toward the Son, he is essentially “other directed” in a way that would make it inappropriate to make the Spirit the starting point in systematic theology. Although this is a clear concern that Holmes raises at multiple points in The Holy Spirit, I would like to suggest that Karl Barth, one of the primary interlocutors in Holmes’s book, has resources for developing a rather different answer to this question.

Although Holmes does not spell out the argument as simply as I am about to, it seems that the basic shape of his argument runs something like this:

As compelling as that might seem at first glance, Barth’s approach suggests that it is entirely possible to affirm the first two strongly without drawing the same conclusion.

Karl Barth clearly agrees with Holmes’s first principle: the inseparability of Christology and pneumatology. As he says, “neither can be true except as elucidated by the other. … Both statements denote one and the same reality. But neither renders the other superfluous” (CD IV/3.2, 759). Barth also seems to agree with the essentially ordered relationship between Christology and pneumatology. In his discussion of the relationship between justification and sanctification, Barth affirmed that there is an important sense in which justification, which he presents as being more christologically oriented, “has to be understood as the first and basic and to that extent superior moment,” with sanctification, presented as more clearly pneumatological, being viewed “as the second and derivative and to that extent inferior” (CD IV/2, 507). Thus, it would seem that Barth affirms Holmes’s first two principles in a way that should lead to the conclusion that an adequately trinitarian theology should begin with Christology.

Yet this is precisely the conclusion that Barth does not draw. Instead, Barth contends that there is a kind of proper reversibility in this ordered relationship. Just as the christological is the explanatory ground of the pneumatological, so “we can and should understand … the mighty work of the Holy Spirit … as an explanation of the first and christological statement” (CD IV/3.2, 759). Thus, he seems to think it not only possible but entirely proper to understand the relationship between Christology and pneumatology in a way that accords a kind of priority to pneumatology. “In the question of the material order of this whole event do we not have to take into account—irrespective of the question of its inner movement—its meaning and purpose and goal? And does it not seem that that which is second in execution … is first in intention?” (CD IV/2, 508). Consequently, “are we not forced to say that teleologically sanctification is superior to justification and not the reverse?” (Ibid.).

These kinds of statements are necessary for understanding Barth’s surprisingly positive conclusion regarding certain aspects of Schleiermacher’s theology. Despite his strong reservations about Schleiermacher’s attempt to view theology as “an ellipse with two foci” instead of a “circle with one centre” (Protestant Theology in the Nineteenth Century, 418), Barth affirms that there “could be a pure theology of the Holy Spirit” (Ibid., 446). For Barth, the problem with such an approach is not with making pneumatology the starting point for theological reflection but with whether Schleiermacher used this pneumatological starting point to develop an adequate account of the Logos. Barth thus affirms the theocentric theology of the Reformers, not simply because they started in the right place, but because they developed christological theologies that were also robustly pneumatological. The question is whether Schleiermacher can do the same with his alternate starting point. Although Barth argues that Schleiermacher didn’t succeed, that’s not the same as saying that such an approach can’t succeed.

He strengthens this conclusion further in his “Unscientific Postscript on Schleiermacher.” There he explicitly affirms the possibility of “a theology of the third article,” by which he means “a theology predominantly and decisively of the Holy Spirit. Everything which needs to be said, considered, and believed about God the Father and God the Son in an understanding of the first and second articles might be shown and illuminated in its foundations through God the Holy Spirit” (The Theology of Schleiermacher, 278). This would be to reorient theology around its teleology. Even though he thinks Schleiermacher’s approach conflates pneumatology and anthropology in such a way that it loses its truly theological center, he still presents Schleiermacher as one who at least points toward the viability of a pneumatocentric theology, so long as such an approach succeeds in articulating the inseparability of pneumatology and Christology—as, indeed, a christocentric theology must do as well.

Holmes argues that if we approach theology as Augustine, Aquinas, and Barth do, we will emphasize the essentially other-directed nature of the Spirit in ways that would make it improper to “begin” theologically with pneumatology. But it appears that at least one of Holmes’s theological voices disagrees. Barth can say everything Holmes wants to say about the Spirit and still draw a very different conclusion about the viability of a pneumatologically oriented theology. If so, that at least raises questions about the extent to which Holmes’s criticisms of such approaches are truly warranted by his overall dogmatic argument.

Marc Cortez (PhD, University of St. Andrews) is Associate Professor of Theology at Wheaton College Graduate School. He is author of Theological Anthropology; Embodied Souls, Ensouled Bodies; and the forthcoming Christological Anthropology in Historical Perspective. He has published articles in academic journals such as International Journal of Systematic Theology, Scottish Journal of Theology, and Westminster Theological Journal. Marc blogs at Everyday Theology (marccortez.com), writes a monthly article for Christianity.com, and had articles featured on The Gospel Coalition and Christian Post.