Yeats probably did not have the academy and church in mind when he penned these lines in 1919, but he could have, for theological things, and the gospel itself, have been coming apart for centuries. Theology itself has come apart: what God joined together—doctrine and life—has been cast asunder, into the academy and church respectively. And, within the academy, the disciplines of biblical theology and systematic theology go their separate ways, speaking different languages. Even worse, the story and logic of the gospel have come apart in both the church and the academy, with some Christians focusing on the significance of Jesus’ death with its promise of heaven (cross) and others on Jesus’ message about the reign of God with its promise of justice for earth (kingdom). Blessed are the peacemakers, for they seek to repair the center—and shall receive honorable mention in Christianity Today’s Book Awards list, as Jeremy R. Treat’s first book has done in 2015—no mean feat for a work that began life as a doctoral dissertation. Treat’s The Crucified King (Zondervan, 2014) works several important mediations: church and academy; biblical theology and systematic theology; penal substitution and Christus Victor theory of the atonement. His title signals his reconciling intent: rather than viewing the kingdom and the cross as themes that belong to different universes of discourse, Treat argues that they form a seamless whole, centered on the unabbreviated gospel. The subtitle provides further italicized fuel to the mediatorial fire: “Atonement and Kingdom in Biblical and Systematic Theology.”

Treat thus sets out to repair two cracks in the house of Christian theology: the formal fracture that segregates the methods, vocabularies, and interests of biblical from systematic theologians, and the material division that separates the themes of cross and kingdom. The first fracture is perhaps the easier to see, for it is the lived experience of many biblical and theological scholars. What we now take for granted in the academy is in fact an aberration: until J. P. Gabler’s famous lecture in 1787, Christian thinkers like Augustine, Aquinas, and Calvin felt no need to choose methodological sides. Biblical and systematic theology were joined at the hip of theological exegesis. This picture of a unified theological interpretation of Scripture stands in sharp contrast to the present scene, where theological lions do not lie down next to exegetical lambs but rather devour them (see, for example, Gerald Bray’s “A Systematician Reviews Tom Schreiner’s Biblical Theology,” Themelios 39.1). While such interdepartmental dialogue is welcome, it is not yet integration. The wound remains open.

Treat organizes his book into two parts—Biblical Theology and Systematic Theology, respectively—suggesting perhaps that his book simply perpetuates the problem it addresses. In fact, Treat wants to say that both disciplinary approaches are (1) equally bound to Scripture, (2) exemplars of faith seeking understanding and, (3) focused on Jesus Christ, Israel’s Messiah. What differences remain are complementary: biblical theology focuses on the story of redemption, tracing unifying themes historically in the Bible’s own terms, concepts, and contexts. Systematic theology focuses on the logic of redemption, reflecting on the meaning of the story in the context of the history of its interpretation and the church’s contemporary situation.

Part 1 retells the story of redemption under the rubric “victory through sacrifice.” Though God created humans in his image to be vice regents over creation, the fall of Adam injected a dramatic complication. As early as the protoevangelium of Genesis 3:15 we begin to see the recurring pattern that comprises the substance of the story: the seed of Adam will trample out all vestiges of evil, but the cost of this victory will be suffering. David, in the line of this messianic seed, built a Temple as a sign of God’s presence (and victory), but also as a means of providing a means (i.e., atoning sacrifices) for an unholy people to live before God. David’s idealized kingship generates hope for a future Davidic king whose reign will never end. The Suffering Servant of Isaiah further gives shape to this hope, clarifying that the Seed’s suffering must precede the new exodus and royal victory.

Treat traces the story into the New Testament, where he gives an extended reading of the way in which Mark’s Gospel integrates Jesus’ proclamation of the kingdom in word and deed with a nuanced account of the Isaianic new exodus that frames its “establishment” on the cross. Paul, too, weaves together the themes of kingdom and cross in Colossians, where the “blood of the cross” (Col 1:20) is the means by which God effects cosmic reconciliation and transfers sinners into the “kingdom of his beloved Son” (1:13). Treat summarizes the story of redemption, suggesting that the cross is the turning point and climactic cause that reorients history towards its original purpose, now become kingdom telos.

In Part 2, Treat turns from the story of redemption to an examination of its logic, that is, the way the story has been interpreted in Christian tradition and contemporary theology. While systematic theology has made advances in understanding the person of the God-man (cf. Chalcedon), Treat thinks it has stumbled in other areas of Christology. For example, he laments the too rigid distinction between the two states of Christ, as if Christ’s exaltation only followed his humiliation rather than seeing Jesus as king throughout his earthly life. Moreover, too rigid a distinction between Christ’s three offices has led some theologians to associate Christ’s death exclusively with his priestly office, rather than seeing his death as both a priestly and kingly act. After all, the cross itself is the means by which the Son is “lifted up” (John 3:14; 12:32).

Treat’s mediating abilities are nowhere more apparent than in chapters 7 and 8, where he makes a case for viewing the penal substitution and Christus Victor theories of the atonement not as competitors but allies. One might have thought that Christus Victor was the atonement theory of obvious choice for Treat’s project: does not the idea that Jesus, in dying, defeats Satan fit the “crucified king” bill? On the contrary, Treat avoids either-or thinking here too, arguing instead that Christ’s victory over Satan is accomplished only through penal substitution: it is precisely by bearing the penalty for sins that Jesus “disarms” Satan, the accuser, and puts things right. The point—and it is an important one—is that God rules through his self-giving love.

There is a time to divide, and a time to put together. The Crucified King seeks to heal only those divisions that impede our reading of Scripture and our understanding of the gospel. Treat’s book is a balm for the theological soul insofar as it works its conjunctive medicine, modeling ways to hold things that are falling apart—church/academy; biblical/systematic theology; penal substitution/Christus Victor theories of the atonement—together in Christ Jesus, the Crucified King.

Kevin J. Vanhoozer (PhD, Cambridge University, England) is Research Professor of Systematic Theology at Trinity Evangelical Divinity School in Deerfield, Illinois. He is the author of several books, including Is There a Meaning in this Text? The Bible, the Reader, and the Morality of Literary, The Drama of Doctrine: A Canonical-Linguistic Approach to Christian Theology, and Faith Speaking Understanding: Performing the Drama of Doctrine. He also serves on the editorial board of the International Journal of Systematic Theology and the Journal of Theological Interpretation.

Kevin Vanhoozer
Kevin J. Vanhoozer is research professor of Systematic Theology at Trinity Evangelical Divinity School. He has an MDiv from Westminster Theological Seminary and a PhD from Cambridge University. He is the author of several books, including Is There a Meaning in this Text?.
Next Post
Can You Serve Jesus and Still Enjoy Your Life? 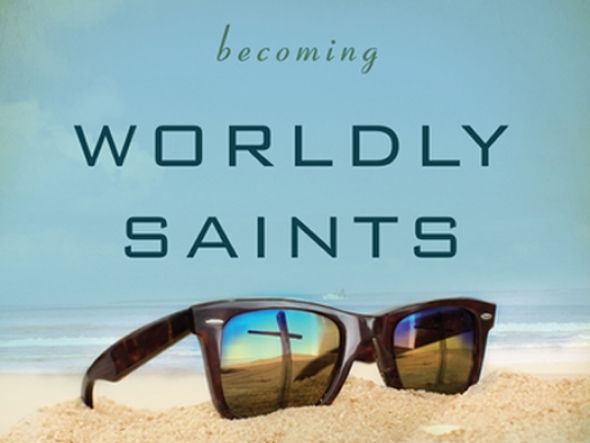 Can You Serve Jesus and Still Enjoy Your Life? I should say at the outset that Michael Wittmer is my hero. Well, maybe I shouldn’t go that far—he is a friend; he was a...
Your form could not be submitted. Please check errors and resubmit.