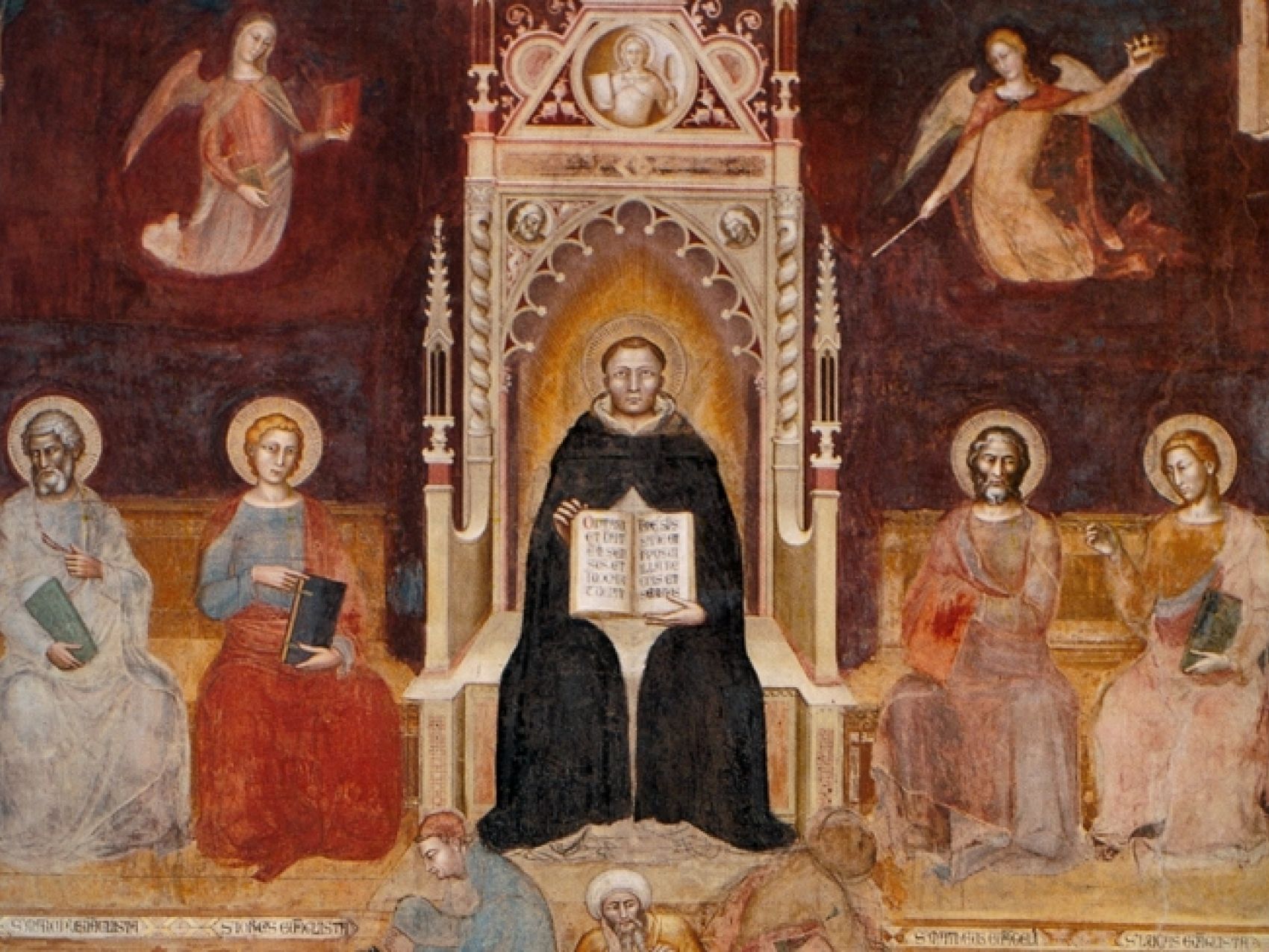 Broadly speaking, Catholic theology in the past twenty years has been characterized by three distinctive tendencies. The first is the decline of influence of the Rahnerianism of the post-Vatican II period. The second is the rise of influence of theologians associated with the Communio movement. The third is the return of interest in classical theological sources, marked particularly by the renaissance of Thomistic studies. I will consider each of these points briefly in turn.

The theology of the twentieth-century Jesuit theologian Karl Rahner was marked by an insistence of the use of modern philosophical anthropology to interpret the contemporary relevance of the gospel for modern human beings. Rahner sought to find profound points of contact between the thought of Thomas Aquinas and Immanuel Kant, while also welcoming insights from contemporary phenomenology. He paid special attention to the dogmatic pronouncements of Catholic tradition (often citing Denzinger on key points of doctrine) while simultaneously seeking to recast Catholic teaching in a distinctively modern idiom, so that traditional teachings might seem relevant to an increasingly secularized European culture. At the same time, Rahner’s theory of grace envisaged the work of God as being most present in “ordinary” conditions of life (secular political movements, other religious traditions, existential questioning, the trial of human death). This method produced an influential theology of “correlation” in which the questions of modernity are seen as the principal locus that shapes theological reflection. Rahner’s theology was often employed by progressivist Catholics in order to argue for the ongoing adaptation or alteration of classical Catholic teachings in the face of new modern situations.

The demise of Rahnerianism occurred because the influence of the Kantian philosophy that it presupposed as normative was eroded away by the rise in the modern university of post-modern theory as well as analytic philosophy. Furthermore, Rahner’s disciples have found it difficult to transmit integrally the traditional faith of the Catholic Church, due to the reductive metaphysical framework in which they sought to articulate basic Christian beliefs. The project has been plagued by intrinsic incoherence at various levels. The teaching pontificates of Popes John Paul II and Benedict XVI did not promote the methodology of this theology, but frequently reiterated traditional teachings of Catholicism at which Rahnerians chaffed.

The theological movement that takes its name from the theological journal Communio is associated especially with theologians such as Hans Urs von Balthasar, Joseph Ratzinger, and Henri de Lubac. This theology came to prominence in recent decades in large part as a creative reaction to the crisis in theology of the 1970s, and in self-conscious opposition to the aforementioned theological paradigm. Taken as a school of thought, it can be broadly characterized by the following features:

The Renaissance of Thomistic Studies

Thomism was often regarded after the Second Vatican Council as an outdated system of thought that made use of a pre-modern philosophical metaphysics and that employed syllogistic reasoning in theology in an excessively rationalistic, and non-biblical way. This viewpoint (which is a caricature) has eroded significantly in recent decades for two reasons.

What was deemed a liability in the epoch just after the Second Vatican Council is seen as a strength in an era that is increasingly marked by philosophical disorientation and theoretical fragmentation. Thomist studies in Catholic theology continue to proliferate in domains that are historical, philosophical, and dogmatic, often engaging contemporary theology in ways that were not typical in the pre-Conciliar era.

If we compare these three movements briefly, we can note that each has something in common with one of the others. Rahnerians and Communio theologians, while opposed in many respects, both see the age of modern theology as requiring a kind of break with pre-modern scholastic methods of theological reasoning.  Communio theologians and Thomists both typically wish to emphasize that theology is a science of revelation, to which all philosophical systems are subordinate, and both seek to maintain an integral commitment to traditional Catholic teachings, maintained within the context of a Christ-centered spirituality. Both Thomists and Rahnerians strongly emphasize the unavoidability of a distinctively philosophical “moment” of reflection within theology, and the importance of a philosophical engagement with modernity. They differ of course on the principles and methods of the philosophy employed.

Based on this necessarily superficial characterization of dominant paradigms, what might one expect for the future of Catholic theology in the next twenty years? The only viable pattern of Catholic thought that can adjust to the challenges of secular modernity will be one that engages with modern science in a learned and philosophically informed way, one that attempts to interpret the Bible in a way that is coherent with both Catholic tradition and modern scientific and historical consciousness, and one that promotes the Church’s traditional moral teachings within the context of Catholic liturgical life, but also by recourse to arguments that are both Christ-centered and philosophically coherent. In an age of increased spiritual disorientation, the only theology that will be successful in evangelization is one that addresses human rationality in depth, but which is also mystical, sacramental, and centered on the person of Christ.

Rev. Thomas Joseph White, O.P. (DPhil, Oxford University) is Associate Professor of Systematic Theology at the Thomistic Institute of the Dominican House of Studies in Washington, DC. His research and teaching have focused particularly on Thomistic metaphysics and Christology as well as Roman Catholic-Reformed ecumenical dialogue. He is the author of Wisdom in the Face of Modernity: A Study in Modern Thomistic Natural Theology and The Incarnate Lord: A Thomistic Study in Christology (forthcoming), and editor of The Analogy of Being: Invention of the Anti-Christ or Wisdom of God?, Thomas Aquinas and Karl Barth: An Unofficial Catholic-Protestant Dialogue (with Bruce L. McCormack), and Divine Impassibility and the Mystery of Human Suffering (with James F. Keating).

Thomas Joseph White, O.P.
Thomas Joseph White, O.P. is Associate Professor of Systematic Theology at Dominican House of Studies. He has an S.T.L. from Pontifical Faculty of the Immaculate Conception and a D.Phil. from Oxford University. He has written for The Thomist, Nova et Vetera, and Pro Ecclesia.
Next Post
How Have James, Peter, and Jude Contributed to the Canon? 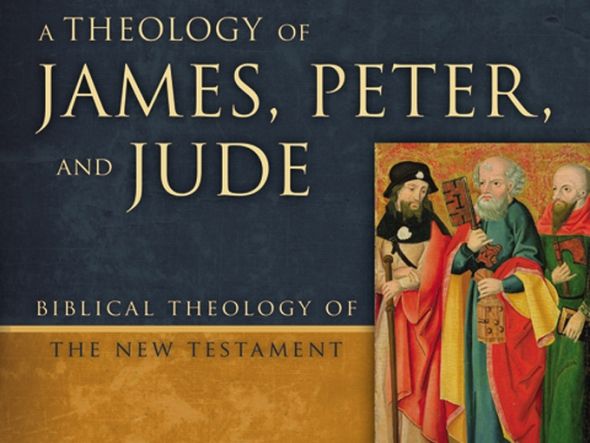 How Have James, Peter, and Jude Contributed to the Canon? Peter H. Davids believes the so-called “Catholic Epistles” deserve “a good hearing,” because their theological voices ha...
Your form could not be submitted. Please check errors and resubmit.