At the height of the Cold War, President Ronald Reagan adopted an old Russian proverb when discussing U.S. relations with the Soviet Union:

This proverb seems to fit our own cultural mood, one described by author Mark Meynell in which “We no longer seem willing to trust those in power…We seem inured to betrayals of trust and fear commitments of any kind, whether personal or political.” (15)

From Watergate to the revelations of Wikileaks, the last several decades have been marked by an increasing expectation of betrayal, which Meynell explores, confronts, and remedies in his new book A Wilderness of Mirrors.

The excerpt below explores the last century’s “legacy of mistrust,” and offers a way beyond our expectations of betrayal. Read it and read Meynell’s books to discover a Christian framework that offers our culture “a viable escape from what we shall see as a wilderness of mirrors.” (18)

Human beings have always deceived and been deceived; conspirators have always hatched plots; spies have always made others’ business their own. Such things have always occurred around centers of power. This gives history its spice — otherwise, what would there be to entice historians to trawl the long-forgotten antics of past generations? So perhaps the only surprise today, as contemporary plots and betrayals are frequently unearthed, is that people are still surprised.

But it feels different now. The West in the early years of the twenty-first century seems afflicted by a deeper, more corrosive cultural mood than previously. It affects the street and the academy, the private and the public, politics, the arts, and the media. We no longer seem willing to trust those in power. We no longer instinctively respect the institutions we once revered. We seem inured to betrayals of trust and fear commitments of any kind, whether personal or political.

…How can people live together if they no longer trust one another? Trust takes years to build, but seconds to destroy. Or as the Dalai Lama remarked in 1980about his interminable Tibet negotiations with Beijing, “Frankly speaking, it is difficult to believe or trust the Chinese. Once bitten by a snake, you feel suspicious even when you see a piece of rope.” Perception and memory are everything; logic can have little to do with it.

Just as reconciliation and renewed trust in postapartheid South Africa were inconceivable without the truth (however grisly), so the inescapable task must be to face the grievances and betrayals behind our current predicament. Of course, attempting to articulate the mood of a society, let alone the whole of the West, is formidable and perhaps futile. I do not presume to undertake it. Instead, I merely seek to sketch conspicuous trends, drawing threads together from my own observations and the scholarship of others.

What does seem apparent is that in the second decade of this twenty-first century, we are still struggling to come to terms with the fraught legacy of the previous one. It has become commonplace to say that 9/11 changed the world forever; it was a sickening turning point. Nevertheless, it arguably only exacerbated rather than transformed the cultural tendencies that preceded it.

As we will see, one of their common features is our expectation of betrayal. Arthur Ponsonby is credited with being the first to observe that “when war is declared, truth is the first casualty.”  But the greater legacy of the last century is a consequent casualty, namely, trust. While the annals of human history are littered with tyrants, wars, and migrations, no period can compare with the last century’s industrialization of oppression and brutality. Humanity has never before witnessed such an accumulation of power over so many by so few, nor the sheer scale of its abuses. The combined death toll of the Nazi, Soviet, and Maoist regimes alone is incalculable. Is it surprising if subsequent generations are nervous of political demagoguery? These anxieties have converged with what might be called a perfect storm of uncertainty. Responding to the horrors perpetrated in the name of strident ideologies, thinkers rejected the very possibility of authoritative frameworks or “metanarratives.” This condemned us to, or liberated us for (depending on your perspective), the limitless possibilities of personal choice. Add to this heady cocktail our heightened guardedness about spin and media manipulation, is it any wonder that conspiracy theories hold an appeal greater than ever before? After the Cold War, Watergate, and, more recently, WikiLeaks, we live in a world of shadows. Shadows are insubstantial yet full of foreboding. The problem is, how do we respond to them? It feels like trying to staple mercury. Yet the greater our sense of unease, the greater our yearning for more substance.

The agony is that we no longer trust the time-honored safe havens. For example, the church seems as tainted as any other institution, and its message as dangerous as any grand narrative. This book is therefore an attempt to probe the shadows, to assess some of the prevailing assumptions and anxieties of our time head-on, and to fumble toward some solid ground. The hope is that in holding to a spirit of orthodoxy, we can take care to throw out the bathwater without inadvertently discarding the proverbial babies.

I should say at the outset that this is no academic conundrum, but a very personal quest. It began with an idle conversation about the moon landings. A friend was convinced the entire Apollo program was history’s most elaborate hoax, and nothing would persuade him otherwise. Around that same time, British politicians were making headlines in 2009’s parliamentary expenses scandal. This caused the public’s respect for politicians to plummet to record depths, which felt to me only partially justified. I knew, for a fact, that at least some had integrity. Yet no one seemed to be having that.

However, the most personal aspect of this matter derives from a personal battle with depression dating back to my years working in Uganda. The triggers have been occasions of betrayal by some of the individuals or institutions I relied on the most. So in many ways, this book’s journey has been my own. But it is a journey many others have walked as well, as we’ll see in the graphic illustration that appears at various points in this book.

The first section analyzes the last century’s legacy of mistrust, demonstrating how a culture of suspicion inexorably infects everything in its wake. Opening with the big picture of the trustworthiness of ruling authorities (focusing on the nation-state in the twentieth century), we descend via those who mediate reality to us (through political spin, advertising, and the media) down to the micro level (focusing on betrayals by caregivers, including the church).

The second section considers some of the consequences of untrammeled suspicion. A brief personal digression (reflecting on some of my own experiences of betrayal) is followed by an exploration of two of the most serious social consequences, namely, paranoia and alienation.

The third and longest section considers a Christian theological response, while fully acknowledging some of the controversy in doing so. For the contention in this book is that, despite the general problems with metanarratives, the Christian framework continues to offer our culture a viable escape from what we shall see as a wilderness of mirrors. (pgs. 15–18)

A Wilderness of Mirrors

Jeremy Bouma
Jeremy Bouma (Th.M.) has pastored on Capitol Hill and with the Evangelical Covenant Church in Michigan. He founded THEOKLESIA, which connects the 21st century Church to the vintage Christian faith; holds a Master of Theology in historical theology; and makes the vintage faith relevant at jeremybouma.com.
Next Post
[Common Places] New Studies in Dogmatics: The Triune God 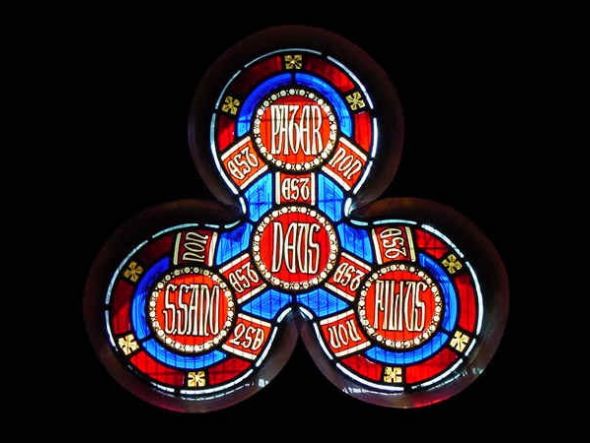