Erasmus of Rotterdam taught the Renaissance world how to take a thought and expand it, expound it, extrapolate it into a fountain of new expressions and novel turns of phrase. His “abundant style” bore much fruit for the students who learned it from him. But the most fruitful use to which Erasmus himself put his powers of expression was probably his series of paraphrases of the New Testament, which were enormously popular in the sixteenth century. Written in Latin, they were early translated into English and became required reading especially in the reforming churches of England.

Just a taste here: the first two verses of Ephesians...

Today, we turn our attention to the Gospel of John and the Johannine letters (and I include Hays’ chapter on Revelation, since I consider that book to also come from the pen of John).

In a nutshell, John shows Jesus as the one from God who brings life. Hays believes John, in contrast to the other Gospels, gives minimal moral instruction because the apostle’s focus is on Jesus’ identity.

David Lamb on Why There's Repetition in the Bible

I received an email from a friend a few days ago.  She asked about the duplication and repetition in Scripture, specifically why there were two versions of the Ten Commandments.

I’ve expanded and edited it, but this is basically what I said.

Scripture is full of repetition.

The Mortification of Sin is all about putting sin to death (or what Owen refers to as “mortifying” sin). Through 13 chapters Owen will show the necessity of putting sin to death, then define what it means to put sin to death, and give direction on how to do it. The book is deeply theological but also eminently practical and deals with a problem that is common to every one of us. It is somewhat difficult to read, but worth every bit of the effort.

Here is a short summary of the first chapter.

Scot McKnight Asks, "Has the Church been Secularized?"

There is a theory, called the secularization theory, that says the church has gradually surrendered its heart and limbs to the public, to the state, to culture. The theory contends that modernity’s marches of rationality and science inevitably secularizes society and therefore the church falls in line. In an informed note in Dietrich Bonhoeffer’s  Ethics volume (p. 113 n. 47), the editor says secularization “means becoming worldly in the sense of severing politics, science, culture, and the natural order from their connections” with the body of Christ. So let us agree that secularization is the surrender of the Christian shaping of society and culture.

Jeremy Bouma
Jeremy Bouma (Th.M.) has pastored on Capitol Hill and with the Evangelical Covenant Church in Michigan. He founded THEOKLESIA, which connects the 21st century Church to the vintage Christian faith; holds a Master of Theology in historical theology; and makes the vintage faith relevant at jeremybouma.com.
Next Post
How Does the Doctrine of the Trinity Relate to Scripture, Tradition, & Mission — An Excerpt from "Two Views of the Doctrine of the Trinity" 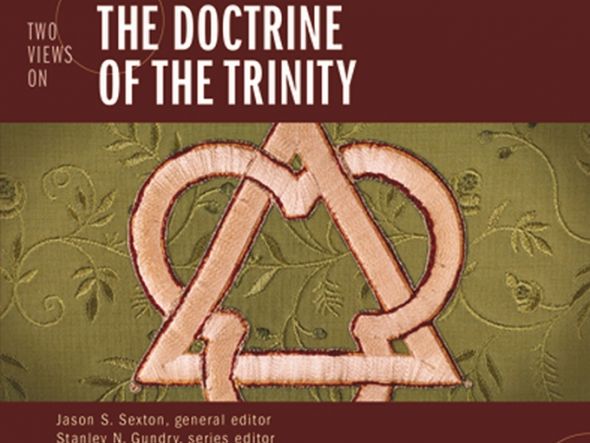