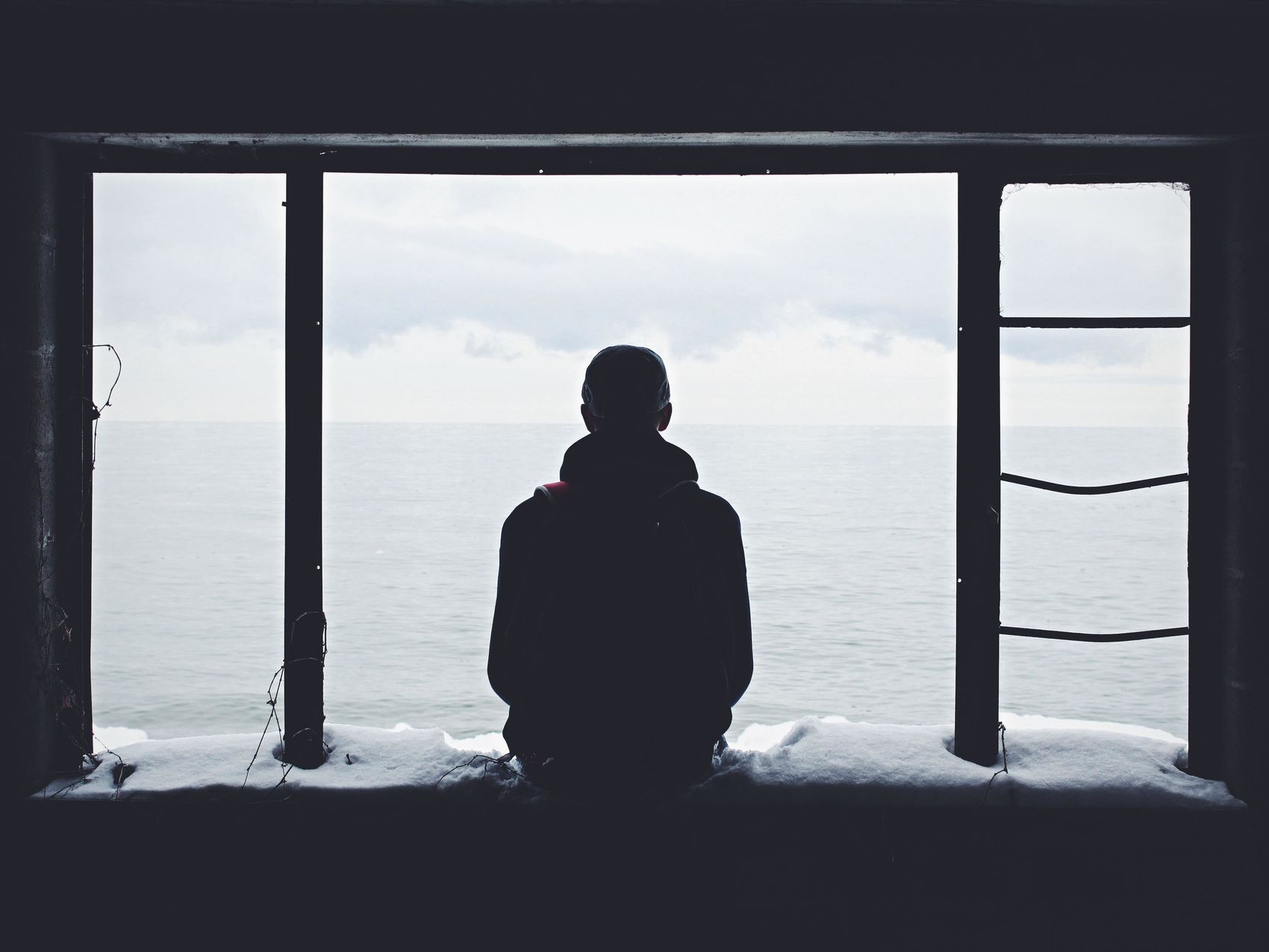 I heard a popular preacher the other day say that he will not accept any theology that allows for suffering. All suffering, he says, is outside of God’s will and the experiences of an obedient Christian. There are few things that are more wrong than this absurdly non-biblical statement.

Phil 1:27–30 is one sentence in Greek, and the flow of Paul’s teaching is important. He begins by encouraging the Philippian Christians to “conduct yourselves in a manner worthy of the gospel of Christ,” which means that they are to be unified, that they “stand firm (στήκετε) in one spirit. στήκετε is then modified by two participles, telling them how to stand firm, by:

“striving side by side (συναθλοῦντες) with one mind for the faith of the gospel,” and

“in no way frightened (πτυρόμενοι) by your opponents.”

Paul adds that their unity “is a sign of destruction for them, but of salvation for you — and that from God.” In order to explain this, Paul moves to the point he (and I) want to make.

Translations generally are not able to bring out the nuances of this verse, nor the awkward Greek. Paul begins, “for it has been granted (ἐχαρίσθη) to you on behalf of Christ.” χαρίζομαι means “to give freely as a favor, give graciously” (BDAG). χαρίζομαι is the cognate verb for the familiar noun, χάρις, meaning “grace.” The NLT translates, “you have been given ... the privilege.” The following are gracious gifts to Christians:

to believe in him (τὸ εἰς αὐτὸν πιστεύειν), and

to suffer for him (τὸ ὑπὲρ αὐτοῦ πάσχειν).

The theology of the “popular pastor” denies God’s gracious gift of suffering.

Secondly, the awkward Greek. I am speculating at this point, but it appears that Paul changed his mind mid-stream, as evidenced by the extra τό. Apparently, Paul was going to say, “to you it has been graciously given on behalf of Christ to suffer for him” (ἐχαρίσθη τὸ ὑπὲρ Χριστοῦ ὑπὲρ αὐτοῦ πάσχειν; cf. 1 Thess 2:2; Phil 1:30). τὸ … πάσχειν is an articular infinitive modified by two prepositional phrases, ὑπὲρ Χριστοῦ and εἰς αὐτόν. However, it seems that Paul changed his mind, probably because he wanted to encourage them at the same time and so decided to add the phrase about God’s gracious gift of faith. It would have been nice if Paul’s amanuensis had scrapped the τό off the parchment, but he didn’t.

So with this understanding, here is the phrasing.

Suffering binds us together, person to person, just as suffering joins the Philippians to Paul (Phil 1:30).

Suffering strengthens our faith as we see that our faithfulness in the midst of suffering purifies our faith, confirming that we are truly his children. Peter says that suffering comes “so that the genuineness of your faith (which is more precious than gold that perishes), having been tested by fire, may be found to your praise and glory and honor at the revelation of Jesus Christ” (1 Pet 1:7).

Suffering provides us with an opportunity to “shine like stars in the universe." As we are faithful, we show ourselves to “be blameless and innocent, children of God above reproach in the midst of a crooked and perverse generation” (Phil 2:15).

Grudem defines ”grace” as “God’s goodness toward those who deserve only punishment” (239). Not only is belief a gracious gift from God, but so also is entering into suffering on his behalf. To deny the reality and the gift of suffering is to rip out half of God’s gracious gifts to us that Paul is discussing.

I understand that we don’t tend to look forward to suffering as followers of Jesus. But our conversion necessarily puts us at odds with the world, and changed people will and must live changed lives. In fact, if we are not suffering, then we need to ask if we are living out our allegiance to Christ. Paul has just said that our separation from the world, specifically our unity in Christ, “is a sign of destruction for them, but of salvation for you” (v 28). That is how different we are to be from the world. What is a confirming sign of our true faith in Christ serves, at the same time, as a sign of judgment on the unbelieving world. Our unity in the face of persecution and suffering is a dual sign of their destruction and our salvation. But if we are not suffering, how are we different from the world?

The fact of the matter is that much of the western church knows little of suffering since we are not that different from the world. Have you heard the old saying, “If Christianity became illegal, would there be enough evidence to convict you?” We must be different. We were changed at the gate; of course we are going to live a life that is different from those on the wide-open easy street headed straight to hell (Matt 7:13–14).

Suffering for Christ is so essential that without it one’s salvation is in question. (And by the way, I am reformed in my theology.) As Paul tells the Romans, “The Spirit himself bears witness with our spirit that we are children of God, and if children, then heirs, heirs of God and fellow heirs with Christ …” And we love to stop the sentence here, but Paul doesn’t. He continues that we are God’s children, his heirs, fellow heirs with Christ, “ provided we suffer with him so that we may also be glorified with him” (8:16–17, italics added). Our glorification depends on our suffering, and our suffering depends upon our willingness to be God’s special people, salt and light, standing in stark contrast to the darkness of the world.

Suffering for Christ as we live out our lives is a gracious gift from God, confirming and strengthening his gracious gift of faith to us. As Fee writes (quoting Lightfoot), “suffering should not surprise or overwhelm them; it is rather evidence that ‘God looks upon you with favor’” (171). I am convinced that if the modern church actually was unified, “standing firm in one spirit,” and if it actually did “strive side by side with one mind for the faith of the gospel,” then we would be living in sharp contrast to the world, suffer for it, and we would be joined with Christ through it.

Anyone who teaches otherwise is teaching false doctrine and is robbing God’s children of the joyful benefits of suffering.

Photo by Noah Silliman on Unsplash 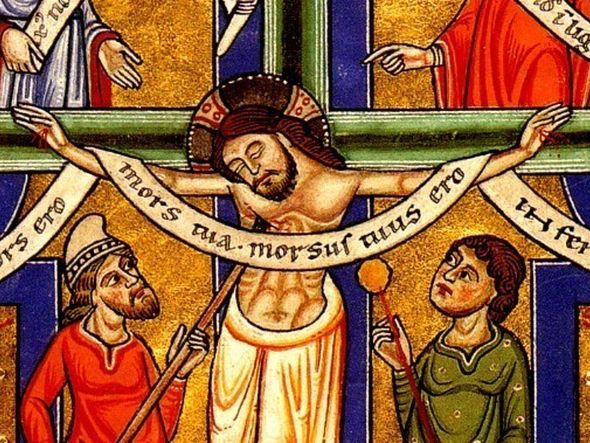 “My God, my God, why have you forsaken me?” (Psalm 22:1–2): The Artful Hebrew Bible Being able to read Hebrew or even to use Bible study tools allows a person to observe patterns in the Hebrew Bible that ...
Related Posts 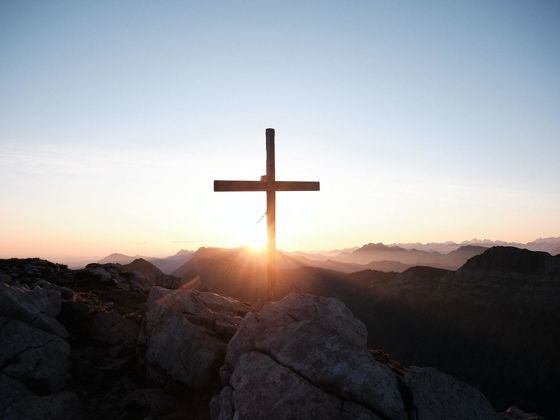 Was Jesus “Begotten” or Unique? - Mondays with Mounce “Begotten” is the KJV translation of μονογενής in John 3:16. It describes the unique relationship of Jesus to the Father. However, the KJV “begotten” is based on a misunderstanding of how t...
Bill Mounce April 4, 2022
Your form could not be submitted. Please check errors and resubmit.