Hebrew and You with Lee M. Fields | Outlining the David and Goliath Story: Help from the LXX 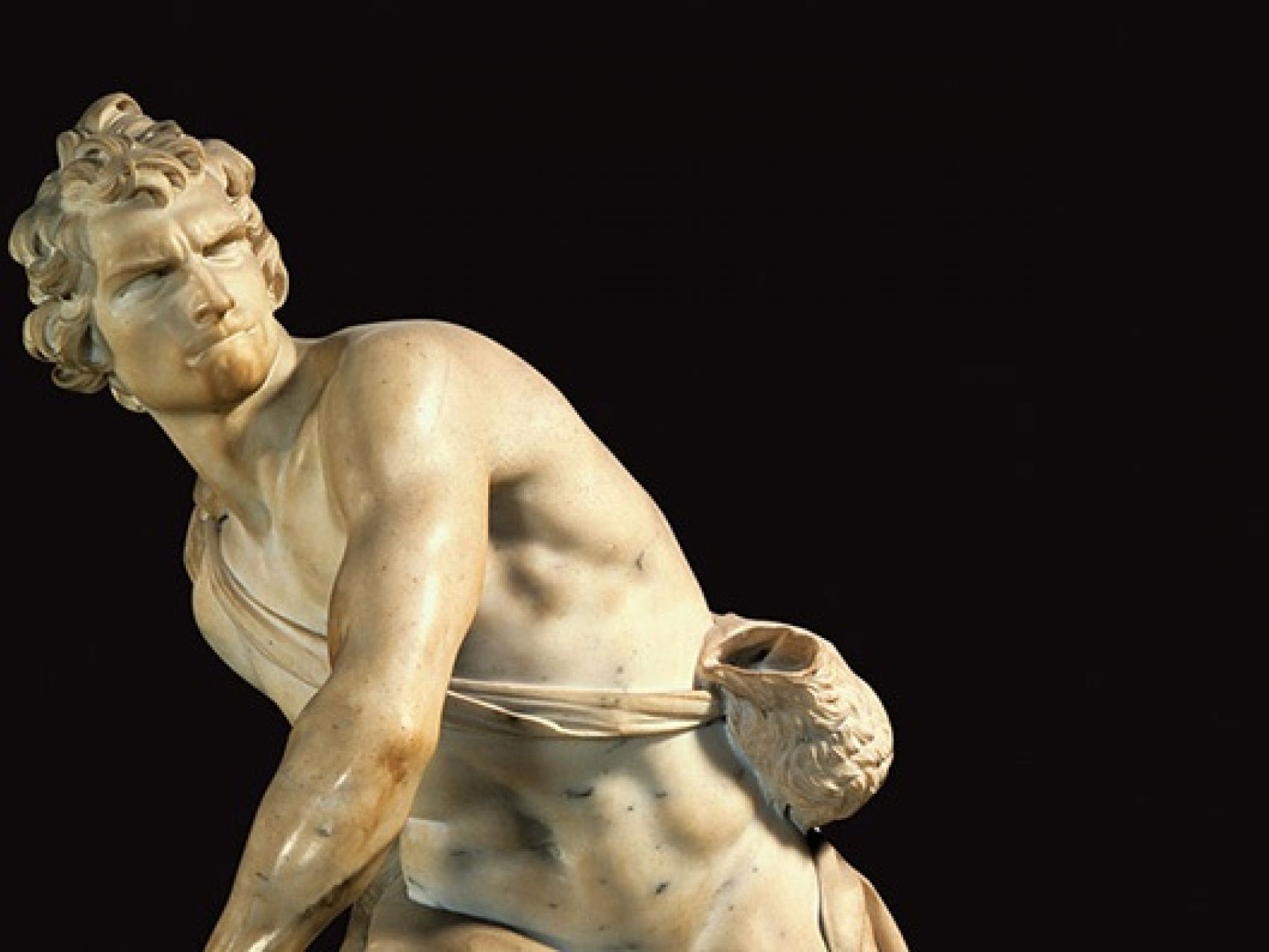 Likewise, when modern people read the OT stories, we automatically look for beginnings and endings of episodes and chunk them. Oftentimes we simply follow the chapter divisions or read headings in our English Bibles. These are helpful, but Bible teachers instruct their students that the chapter divisions are not always chunking the story the way the original author was intending.

Why is identifying episodes important? Because in interpretation context is king, and knowing where an episode begins and ends helps readers follow the author’s intention.

In the Hebrew Bible, 1–2 Samuel were originally one book. This is pretty long (not compared to most novels in the modern world, however). The Hebrew writers used different means than fonts and blank pages to indicate the beginning and ending of sections. We still look for changes in scene or characters, but in Hebrew there are additional literary features that can mark transitions. In this post, we will also see how to get help from the Septuagint.

The Masoretic and Septuagint Traditions

English translations of the OT are based on the Hebrew text. There are no original manuscripts (i.e., from the hand of the author) in existence any more. We rely on copies of copies. It is estimated that 90% of the words of the Hebrew Bible are known with certainty (see Paul D. Wegner, A Student’s Guide to Textual Criticism of the Bible [Downer's Grove, Ill.: InterVarsity, 2006], 298). Of the 10%, all the difficult places are known, and the vast majority of those differences are inconsequential for the overall theological meaning of Scripture, though the meaning of individual passages may be affected.

The study of those difficult passages is known as textual criticism. Textual criticism, put simply, is the attempt to identify the exact words of the original writing. For 1–2 Samuel there are two main traditions of the text: the Masoretic Text (MT) tradition, and what we might call the Septuagint tradition.

By about the end of the first century AD, the text of the Hebrew was standardized. Before that, scholars identify different textual traditions. This standardized text is called the Masoretic Text, named after the Masoretes, Jewish scholars who worked approximately AD 500–1000 to preserve faithfully the traditional Hebrew text. The oldest existing manuscripts of the complete Hebrew Bible (=Christian Old Testament) come from the 9th or 10th centuries.

The word Septuagint comes from the Latin word for seventy. It is most commonly abbreviated LXX, the number 70 in Roman numerals. The LXX is, in simplest terms, the ancient Greek translation of the Hebrew Bible, probably completed before 100 BC (terminology can be more technically precise, but for now this will suffice; see Wegner or Karen H. Jobes, Invitation to the Septuagint [Grand Rapids: Baker, 2000] for details). So even though the LXX is in Greek, it is a translation of Hebrew manuscripts they had at their disposal. So, the Hebrew manuscripts used by the LXX translators are earlier than our manuscripts of the MT by about 1,000 years —remember, though, that the MT tradition dates at least to about AD 100 and was exceptionally well-preserved!

Perhaps the largest concentration of textual problems is found in 1–2 Samuel. Within this, the David and Goliath story serves as a prime example as seen in comparing the Hebrew text and the text of the Septuagint.

When we compare the Hebrew text of the David and Goliath story with the LXX text, we see LXX is significantly shorter. In the chart below for chs. 17–18, the equals sign means only that the LXX has verses corresponding to the Hebrew verses, though there may be some differences in the details. “Lacking” means that the LXX has no equivalent to the Hebrew text at all. For this post, let’s focus on the longer sections not found in the LXX. The big question is how can these differences be explained? There are three possibilities:

(1) the longer version is original and copied in the Hebrew tradition, while the LXX translators deliberately shortened the stories from the Hebrew;

(2) the shorter version of the stories is original and the Hebrew tradition that we have added to the story, while the LXX preserves the original shorter form;

(3) there were two versions of the story that existed from the ancient times and the MT tradition preserved the longer form, while the LXX preserved the shorter form (see Tsumura, The First Book of Samuel [Grand Rapids: Eerdmans, 2007], 434–5).

I think the last explanation is most likely, because it is easier to explain the situation as two ancient text traditions than to explain it either that the LXX translators decided to leave out so many passages from the Scriptures or that the copyists decided to add so many passages to the sacred text. Either of the former two explanations would be quite unusual among the books of the OT.

The David and Goliath story is found in 1 Sam 17 beginning at v. 1. But, exactly where does it end? Chapter 18 seems to begin a new story. In Hebrew, 18:1 begins with the expression וַיְהִי (wayhî) + a time expression (cf. KJV, “And it came to pass, when …”). This is a common way to begin a new story and explains why someone began a new chapter here. If so, then Jonathan’s love for David and the covenant they made is the topic of 18:1–5, and it seems to stand on its own.

This finds some confirmation in the work of the Masoretes. Among their great accomplishments in faithfully preserving the text of the OT, they marked major and minor sections in the text. The letter פ, the abbreviation for ptucha, marks larger units in the text. In the MT there is a ptucha after 17:16 and not another until after 18:5. This suggests that Jewish tradition regarded 18:1–5 as part of the larger David and Goliath story.

Is there something in the Hebrew that might suggest 17:55 as the beginning of a new unit? The answer is yes. In the previous post we explained about wayyiqtol clauses that move a narrative forward [link to post] and offline clauses that give pause. Verse 55 is an offline clause: וְכִרְאוֹת, wekir’ôt, “and when (Saul) saw.” Therefore it marks a break from the series of wayyiqtol clauses. The main verb is אָמַר, ʾāmar, “he said,” and is in the qatal (i.e., Perfect Tense) form. This verb is a past tense and is translated as such, but it is not merely sequential within the story. This form often indicates a flashback account (so Tsumura, 469).

**Incidentally, the Dead Sea Scrolls do contain a Samuel scroll, but it is very fragmentary. It clearly has affinities to the LXX tradition, but is of not help in the current discussion.

How does including 18:1–5 as part of an episode beginning at 17:55 affect our reading of the story? It is now easier to see two things. (1) The David and Goliath story per se ends at 17:54, with David stashing Goliath’s armor in his tent. (2) Verses 17:55–18:5, even if they form a flashback, represent a new turn in the David story: the rising popularity of David both with Saul and with Saul’s son, Jonathan.

Verses 17:55–18:5 begin with Saul’s inquiry into David’s family. Then Jonathan’s act of devotion may indicate his giving over to David the right of kingship, rather than holding on to it as the son of King Saul. The episode concludes with the focus back on Saul and his promotion of David in the army. This positive outcome, however, was short-lived in the story of David, and this episode sets up the Saul’s rising jealousy and opposition to David and Jonathan’s unfailing loyalty to David.

Lee Fields
Lee M. Fields writes about the biblical Hebrew language, exegesis, Hebrew translation, and related topics. He is a trained Hebrew scholar with a PhD from Hebrew Union College and is Professor of Bible and Theology at Mid-Atlantic Christian University. He is author of Hebrew for the Rest of Us and co-editor of Devotions on the Hebrew Bible.
Next Post
Narrative Criticism and Mark: Approaching the Gospel as Story 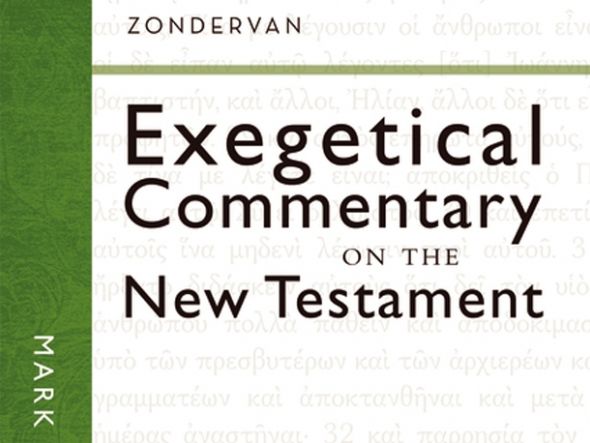 Narrative Criticism and Mark: Approaching the Gospel as Story I am a novelist as well as a theologian. (In fact, after writing this I’m off to fulfill today’s word count goal for NaN...
Your form could not be submitted. Please check errors and resubmit.