Zondervan Academic is pleased to announce the appointment of David B. Capes as the new New Testament editor of the Word Biblical Commentary series (WBC).

For more than 40 years the WBC volumes have represented some of the very best in biblical scholarship, and that has been a tribute to both the contributions of the authors of these fine commentaries, but also to the rigorous scholarship of the Old and New Testament editors. “David Capes is a worthy successor to the line of distinguished WBC editors who have preceded him,” commented Stan Gundry, SVP and Publisher for Zondervan Academic. “We welcome David to this role and look forward to working with him.”

David Capes earned his PhD at Southwestern Baptist Theological Seminary under the supervision of Professor E. Earle Ellis and specializes in early Christology. He has previously taught at Houston Baptist University and Wheaton College, where he also served as dean. David has authored, coauthored, or edited many books, including Rediscovering Jesus, Rediscovering Paul, Old Testament Yahweh Texts in Paul’s Christology, and The Divine Christ. He now serves as the senior research scholar at Lanier Theological Library (www.laniertheologicallibrary.org) in Houston, Texas.

From the series’ inception in 1977, WBC’s founding editors—David A. Hubbard, Glenn W. Barker, John D. W. Watts, and Ralph P. Martin—envisioned commentaries that would deliver the best in biblical scholarship from the leading scholars of our day who share a commitment to Scripture as divine revelation; emphasize a thorough analysis of textual, linguistic, structural, and theological evidence; and offer judicious and balanced insight into the meanings of the text in the framework of biblical theology. More than four decades hence, their vision has been realized as the widely acclaimed Word Biblical Commentary series serves as an exceptional resource for the professional theologian and instructor, the seminary or university student, the working minister, and everyone concerned with building theological understanding from a solid base of biblical scholarship.

David Capes succeeds Peter Davids as WBC New Testament editor. In this role, he joins in close collaboration WBC Old Testament editor Nancy deClaissé-Walford and Zondervan Academic’s executive editor Katya Covrett. Together they will continue the established tradition of updating WBC in keeping with its high standards of biblical scholarship and ensuring its legacy and ongoing relevance for generations to come.

Next Post
Waves and a Virus: Which is Greater? (Rev 1:15) - Mondays with Mounce 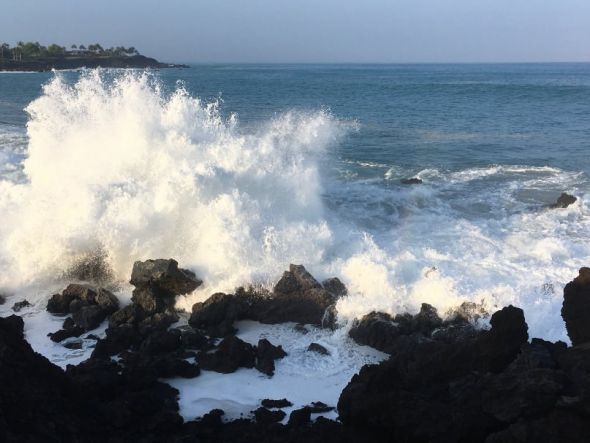 Waves and a Virus: Which is Greater? (Rev 1:15) - Mondays with Mounce When John first hears the voice behind him, he turns and sees the seven golden lampstands with Jesus standing in their m...
Your form could not be submitted. Please check errors and resubmit.