It's All About Him - An Excerpt from God’s Glory Alone In God’s Glory Alone—The Majestic Heart of Christian Faith and Life, which is available to order now, renowned scholar David VanDrunen looks at the historical and biblical roots of the idea that all glory belongs to God alone. He calls it “the glue that holds the other solas in place…” As he examines the biblical themes and traces it through history, he concludes by addressing several of today’s great cultural challenges and temptations—such as distraction and narcissism—and reflecting on how commitment to God’s glory alone fortifies us to live godly lives in this present evil age.

In popular conception, the Reformation motto soli Deo gloria is sometimes reduced to a call for moral action: we Christians should pursue all activities for the glory of God as our only supreme end. Of course, there is nothing untrue about this statement—a couple of biblical texts even make this point explicitly. But there seems to be something imbalanced about focusing the soli Deo gloria theme exclusively upon Christians acting for God’s glory. For one thing, it produces the awkward and ironic result that soli Deo gloria becomes centered on us: how we are to act and what end we should pursue. These are important issues indeed, but when soli Deo Gloria turns into a program for human cultural renewal, we may well suspect that what was meant to be a theocentric battle cry has been distorted by more than a little anthropocentric static.

Soli Deo Gloria Is All About Us? Correcting the Imbalance

Focusing soli Deo gloria solely on human conduct is also imbalanced in that it fails to reflect Scripture’s careful presentation of the topic. On many occasions Scripture calls the saints to give glory to God in their worship, and in a couple of places it exhorts Christians to do all things for God’s glory. But more often Scripture appeals to God’s glory as a way of describing God, especially as he manifests himself through biblical history, climactically in the Lord Jesus Christ, his Holy Spirit, and the new creation where Christ now sits enthroned.

Soli Deo gloria has much to do with our Christian moral life, but biblical integrity demands that we first reckon with how the glory of God is truly about God himself. This is an excellent reason to turn to a perhaps unexpected topic: the glory of God in the theology of Reformed orthodoxy. “Reformed orthodoxy” refers to a period beginning in the mid-to later-sixteenth century and lasting until the early-to mid-eighteenth century. During this period, many outstanding Reformed theologians sought to consolidate and build upon the insights of Martin Luther, John Calvin, and other eminent Protestant Reformers. They organized Reformed theology in coherent ways, worked out doctrines that the Reformers had not considered in detail, defended these doctrines against the attacks of non-Reformed theologians, and taught them effectively to subsequent generations of Reformed ministers.

When I describe it in this way, Reformed orthodoxy probably sounds like a noble cause to Reformed readers of this book. But many writers over the past century—including some Reformed writers—gave Reformed orthodoxy a bad name. These critics dismissed Reformed orthodox theology as dry and sterile, as rationalistic rather than biblical, as relying upon the logic of human reason more than upon the exegesis of God’s word. Thankfully, a number of scholars have recently debunked these myths about Reformed orthodoxy and Reformed theologians are now beginning again to dig into these older theologians and rediscover a wealth of material long ignored.

The glory of God provides an interesting illustration. Although I will not attempt anything resembling a thorough study of this topic among Reformed orthodox theologians, even the brief remarks I make should confirm that Reformed orthodoxy involves a rich and nuanced conception of God’s glory. These theologians recognized the biblical point I made above: the glory of God is first and foremost about God himself and how he reveals his glory in this world. Yet they also recognized secondarily that God glorifies his people and enables them to reflect his glory through their worship and holistic obedience. This balanced account should act as a helpful guide when we turn to the Bible in subsequent chapters and seek to understand the soli Deo gloria theme in a way that honors Scripture’s own description of God’s glory.

God's Glory Alone is the second of the "5 Solas Series," available to order now.

Next Post
[Common Places] Can You Start in Azusa and Still Make It to Nicea? Engaging Christopher Holmes’s The Holy Spirit 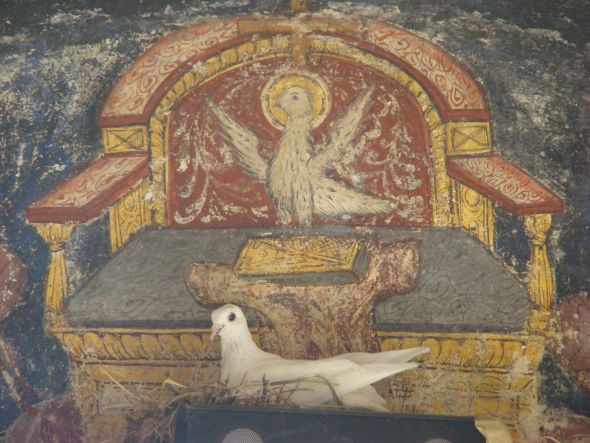