Douglas J. Moo on Words and Where Meaning Lies Last month, at the 66th annual meeting of the Evangelical Theological Society, Zondervan held a special event celebrating the 50th anniversary of the commissioning of the NIV. That evening, Doug Moo, current chair of the Committee on Bible Translation (CBT), reflected on not only the impact of the NIV, but also the nature and philosophy of Bible translations. We shared a link to the BibleGateway live-blog, as well as some highlights of Moo's insights.

Fortunately for those of us who couldn't attend, Moo's impassioned and insightful presentation was packaged as a free small booklet and PDF download, called "We Still Don't Get It: Evangelicals and Bible Translation Fifty Years After James Barr."

Not only is it a fascinating glimpse into the translation philosophy of the CBT, which stewards the NIV, it's also a challenging, insightful read with regards to linguistics, modern translating, and evangelicalicalism's relationship with Scripture.

Last week we excerpted part of this presentation, sharing Moo's thoughts that linguistics is not prescriptive. Today we want to share two other points from Moo: (1) meaning is found not in individual words, but in larger clusters; (2) words have "a field of meaning."

Read the full discussion on these two important aspects of Bible translation, and then download and read the full essay, here.

I turn to a second major principle of modern linguistics: meaning is found not in individual words, as vital as they are, but in larger clusters: phrases, clauses, sentences, discourses. To be sure, there is a lively debate among linguists over the degree to which individual words carry meaning. But there is general agreement over the basic principle that words in themselves are not the final arbiters of meaning; linguists speak of “lexical ambiguity.”

We take this principle for granted in our study of the biblical languages, insisting on the importance of syntagmatic relationships in our word studies. The object I put after the verb ginôskô dramatically affects its sense: “knowing” that Jesus is God is very different from “knowing” God or from God’s “knowing” me. once again, however, the principle is too easily ignored when translations are being evaluated. Translation is not, as many people think, a matter of word substitution: English word x in place of Hebrew word y. Translators must first determine the meaning that the clustering of words in the biblical languages convey and then select a collocation of English words that accurately communicates that meaning to modern listeners and readers. all translations work this way—as they must to be considered translations at all. But they differ, of course, on the value that is placed on retaining the form found in the originals. I would argue that the key tension here is not form vs. meaning but, in practice, form vs. natural English.

From the beginning, the NIV has taken a mediating position on this issue. The manual produced when the translation that became the NIV was first being planned states: “If the Greek or Hebrew syntax has a good parallel in modern English, it should be used. But if there is no good parallel, the English syntax appropriate to the meaning of the original is to be chosen.” It is fine, in other words, to carry over the form of the biblical languages into English — but never at the expense of natural expression. In this, CBT follows in the footsteps of Luther, who said of his own German translation: “... what is the point of needlessly adhering so scrupulously and stubbornly to words which one cannot understand anyway? Whoever would speak German must not use Hebrew style. rather he must see to it — once he understands the Hebrew author — that he concentrates on the sense of the text, asking himself, ‘Pray tell, what do the Germans say in such a situation?’ once he has the German words to serve the purpose, let him drop the Hebrew words and express the meaning freely in the best German he knows.”

The principle that meaning resides in larger clusters of words means that we should no longer talk in terms of “word-for-word” as a translation value. To suggest in our discussion of translations among a general audience that “word-for-word” is a virtue is to mislead people about the nature of language and translation. at the same time, the fact that translations transfer meaning, not words, makes clear that it is foolish to claim that the doctrine of inspiration entails a “word-for-word” translation approach. Such a claim effectively removes the inspiration from those many words and forms that cannot be carried over—try producing a “word” equivalent of the preposition eis when it governs an infinitive! More importantly, it badly misunderstands the doctrine itself. Plenary inspiration claims that every word of the original text was inspired by God: and this is why CBT labors over every single word of the original texts, working hard to determine how each of those words contributes to what the text is saying. But what we trans- late are not those individual words but the meaning that they convey in their combination.

The third and final linguistic principle I want to invoke to elevate our discourse about translation is at the heart of Barr’s seminal work: the nature of lexical semantics. Again, I am saying nothing new or even, I think, controversial. Barr emphasized synchrony in determining meaning, he reminded us that words often have several distinct meanings, with its corollary warning about “illegitimate totality transfer,” he insisted that both syntagmatic and paradigmatic relations had to be considered in defining words, and, above all, he stressed that words have a field of meaning.

All these principles are taught and elaborated in our basic texts about exegetical method, such as Moises Silva’s excellent Biblical Words and Their Meanings. Many of us have taught them to our students year after year. and yet...we still write about and talk about the “literal” meaning of a word. To be sure, probably most modern linguists hold to some form of the view called monosemy: that is, that words have a basic sense of some kind. But this “basic” sense is often an abstract concept that cannot be expressed in a single English word or even phrase. Linguists note that “literal” itself has a range of meaning in the literature, denoting everything from the “original” meaning to “most usual” meaning to “logically basic” meaning. None of these sheds much light on particular words in particular contexts. Thus, for instance, the “original” meaning of a word has little to do with its meaning in a given context. Ferdinand de Saussure, the father of modern linguistics, made this point with the analogy of a game of chess: it might be theoretically interesting to trace the moves that led to the board before the players, but it is of little practical use in deciding what move they now need to make. Nor do the distinct “meanings” of words usually shed light on each other. The “bank” that I put my money in has little to do with the “bank” to which my boat is heading; and to suggest that my use of “bank” in one sense carries the idea of “bank” in the other is patent nonsense…

To claim that a word in the biblical languages has a “literal” meaning, capable of being summarized in a single English equivalent, is simply not true. Words occupy a spectrum of meaning, and the range of meaning of particular Hebrew, Aramaic, and Greek words is never quite the same as the range of meaning of any particular English word. And so, for example, we sometimes translate peirazô “test” and at other times “tempt.” Neither of these English words has a range of meaning that corresponds with the Greek word; and it is manifestly foolish to claim that either English word captures the “literal” sense of the Greek word. We understand why the NIV uses eight different English expressions to translate a single Greek word, sarx, in a single NT book, Colossians (note, by the way, that the ESV is not far behind with five different expressions). To criticize these translation decisions as being “not literal” is linguistically nonsensical.

The use of “literal” to suggest that a given biblical word has additional senses is less pernicious. The comment from my NICNT commentary that I cited above falls into this category: I seem to be suggesting that the common sense of koinônia, “fellowship,” somehow colors the meaning of the word in Rom. 15:26, even though the NIV and most other translations appropriately render it “contribution.” To be sure, modern linguists are skeptical about “double” meanings, generally insisting that one should give a particular word the least meaning necessary to explain it in its context. Yet this sensible guideline does not exclude the possibility—probably fairly rare—that an author may use a word with a double meaning or create a deliberate “overlap” in its meanings. Paul may suggest that the contribution he seeks from the Roman Christians is an expression of their fellowship with other brothers and sisters. However, even if that were the case, it is inaccurate to suggest that “literalness” has anything to do with it. Labeling this “literal” suggests to the uninformed reader that particular occurrences of words generally maintain some degree of reference to a single root meaning. This is the “root fallacy” that Barr described…

Jeremy Bouma
Jeremy Bouma (Th.M.) has pastored on Capitol Hill and with the Evangelical Covenant Church in Michigan. He founded THEOKLESIA, which connects the 21st century Church to the vintage Christian faith; holds a Master of Theology in historical theology; and makes the vintage faith relevant at jeremybouma.com.
Next Post
Teach Students the Heart of the Christian Life Using this Resource 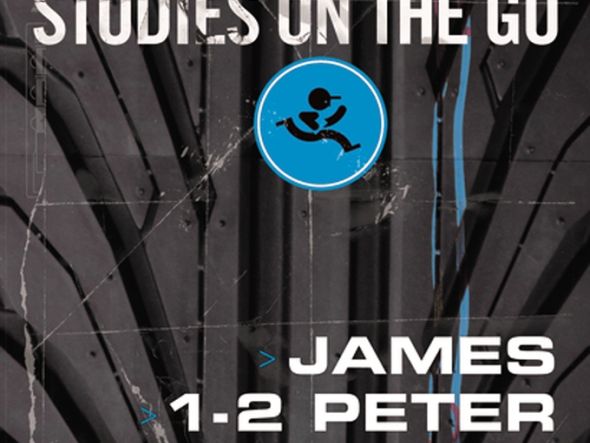 Teach Students the Heart of the Christian Life Using this Resource David Olshine has designed his new teaching resource James, 1-2 Peter, &amp; 1-3 John for the busy youth worker who lack...
Your form could not be submitted. Please check errors and resubmit.