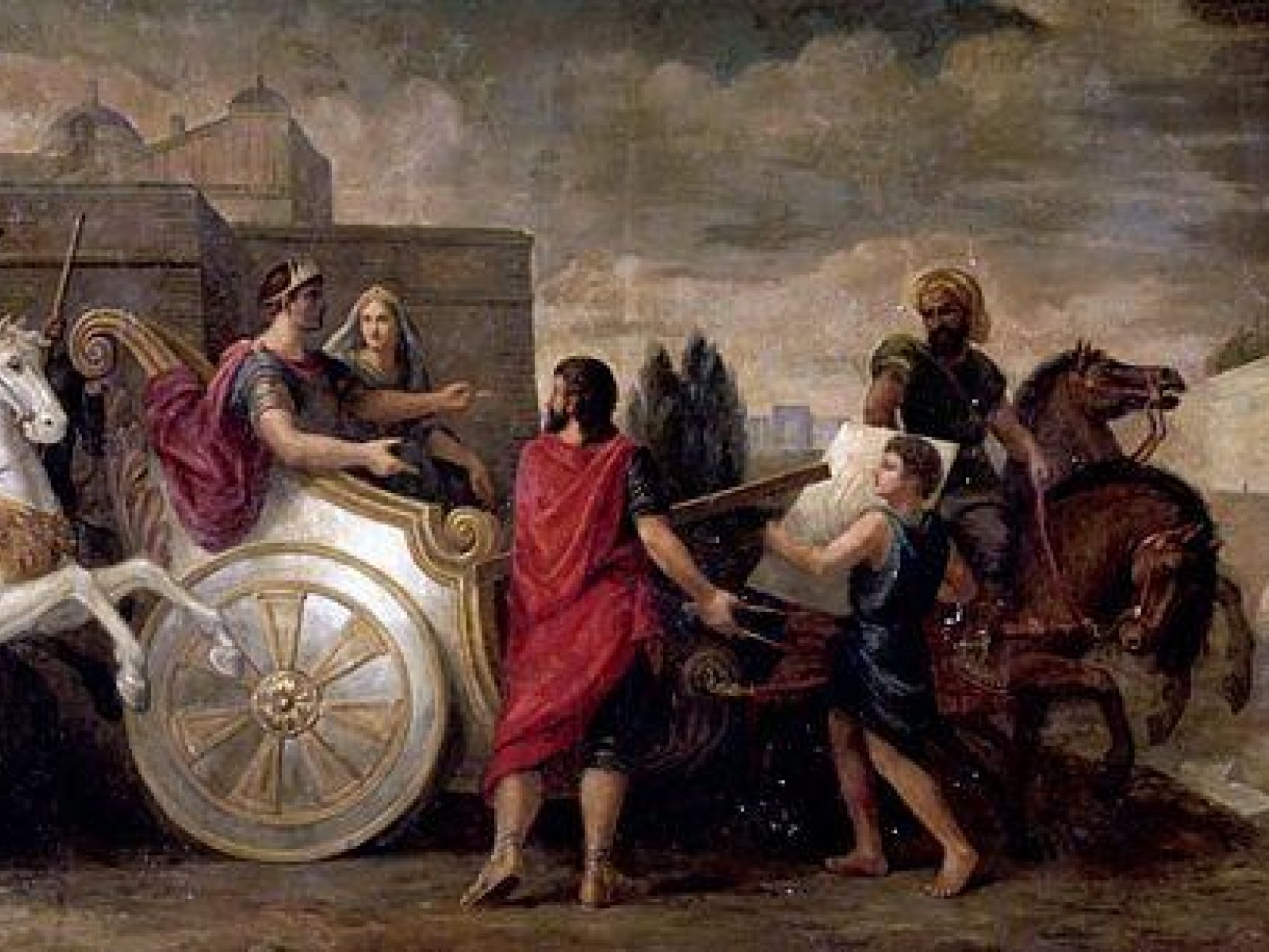 Nebuchadnezzar was a powerful king of Babylon who reigned from about 605 BC until around 562 BC.

What is King Nebuchadnezzar known for?

Nebuchadnezzar’s kingdom stretched across the ancient Near East. It was during his reign that the Babylonians sacked the city of Jerusalem and destroyed the temple. Because of Nebuchadnezzar, the Israelites lost their land, and ended up in exile.

This marked the beginning of what is called the diaspora (dispersion), when the Jews were no longer living in their land and they were scattered among the nations. .

What does the Bible say about Nebuchadnezzar?

As a conqueror of Jerusalem and and an architect of Jewish captivity, it’s no surprise that Nebuchadnezzar would be a noteworthy biblical figure, playing a prominent role in many famous biblical stories.

2 Kings and 2 Chronicles talk about Nebuchadnezzar

Nebuchadnezzar appears at the end of 2 Kings and 2 Chronicles. Because both books recount the final days of Judah and the fall of Jerusalem, he plays a central role in their narratives.

Jeremiah, who prophesied during the final days of Judah, also speaks of Nebuchadnezzar, calling him the “destroyer of nations” in Jeremiah 4:7. He also prophesied that Nebuchadnezzar was the king who would come and take the Jews into exile.

Because the Book of Daniel picks up after the Jews are taken into captivity, a good deal of the story focuses on the Babylonian King.

Daniel opens with Nebuchadnezzar conquering Jerusalem and taking the best Jewish boys to be trained to serve in his court:

Then the king ordered Ashpenaz, chief of his court officials, to bring into the king’s service some of the Israelites from the royal family and the nobility—young men without any physical defect, handsome,showing aptitude for every kind of learning, well informed, quick to understand, and qualified to serve in the king’s palace. He was to teach them the language and literature of the Babylonians. The king assigned them a daily amount of food and wine from the king’s table.They were to be trained for three years, and after that they were to enter the king’s service.” —Daniel 1:1-5

Daniel quickly gained influence with King Nebuchadnezzar and his men.

In the second chapter, Nebuchadnezzar was troubled by a particularly powerful dream and summoned his magicians, enchanters, sorcerers, and astrologers to help him understand it. To ensure that they couldn’t make up an interpretation, he demanded that they also must tell him what he dreamed. When all of his wise men were unable to do so, he issued a decree to have them killed. But Daniel intervened, and with God’s help, accurately explained and interpreted Nebuchadnezzar’s dream, proving the sovereignty of Yahweh.

“Surely your God is the God of gods and the Lord of kings and a revealer of mysteries, for you were able to reveal this mystery.”

In Daniel 3, Nebuchadnezzar attempted to kill Daniel’s friends Shadrach, Meshach, and Abednego for not bowing down to a golden statue he commanded everyone to worship. Nebuchadnezzar had them thrown into a blazing furnace, and there he witnessed a fourth person in the fire who “looks like a son of the gods” (Daniel 3:25).

Upon witnessing this, Nebuchadnezzar told them to come out of the fire. When he saw that they were unharmed, he said:

“Praise be to the God of Shadrach, Meshach and Abednego, who has sent his angel and rescued his servants! They trusted in him and defied the king’s command and were willing to give up their lives rather than serve or worship any god except their own God. 29 Therefore I decree that the people of any nation or language who say anything against the God of Shadrach, Meshach and Abednego be cut into pieces and their houses be turned into piles of rubble, for no other god can save in this way.” —(Daniel 3:28-29)

Nebuchadnezzar loses everything, then worships God

In Daniel 4, Nebuchadnezzar recounts how Daniel interpretted one of his dreams and prophesied about the king’s descent into madness and eventual return to power.

This was Daniel’s prophecy:

“. . . this is the decree the Most High has issued against my lord the king: You will be driven away from people and will live with the wild animals; you will eat grass like the ox and be drenched with the dew of heaven. Seven times will pass by for you until you acknowledge that the Most High is sovereign over all kingdoms on earth and gives them to anyone he wishes. The command to leave the stump of the tree with its roots means that your kingdom will be restored to you when you acknowledge that Heaven rules. Therefore, Your Majesty, be pleased to accept my advice: Renounce your sins by doing what is right, and your wickedness by being kind to the oppressed. It may be that then your prosperity will continue.” —Daniel 4:24-27

“Now I, Nebuchadnezzar, praise and exalt and glorify the King of heaven, because everything he does is right and all his ways are just. And those who walk in pride he is able to humble.” —Daniel 4:37

After Nebuchadnezzar praised God, the Book of Daniel skips ahead to the reign of Belshazzar, Nebuchadnezzar’s son. In this famous passage, Belshazzar defiles Jerusalem’s holy vessels, and a disembodied hand appears and writes strange words on the wall. The queen reminds Belshazzar that Nebuchadnezzar used Daniel in times like these.

A powerful king who learned his place

King Nebuchadnezzar was one of the most powerful men in the world, and he had a dangerous temper. The Jews couldn’t defeat Nebuchadnezzar’s army, but God chose to humble him in another way: by modeling total devotion through Daniel, Shadrach, Meshach, Abednego, and others, and ultimately by showing that He alone had the power to make nations rise and fall.

Today's post is adapted from Daniel, by Wendy L. Widder, part of The Story of God Bible Commentary.

Next Post
Practical Counseling Techniques for Victims of Trauma 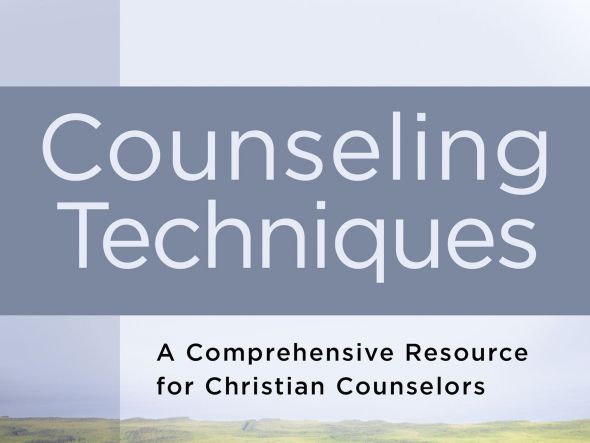 Practical Counseling Techniques for Victims of Trauma For survivors of trauma, what are effective counseling techniques that are integrated with a Christian worldview? Find a...
Your form could not be submitted. Please check errors and resubmit.