This is part 2 of the fourth in a series of Hebrew and You looking at art in the Hebrew Bible as seen in Ps 22. The series began in April, a post that included brief descriptions of some features of Hebrew poetry.

Two reminders we repeat for the sake of convenience: (1) we are following primarily the Hebrew versification, even though the titles to these series follow English versification, and (2) in the transliteration below hyphens (-) join multiple English words when they represent a single Hebrew word and an equals sign (=) marks the Maqqef (a mark in the Masoretic Text [MT] roughly approximating the English hyphen) joining multiple words into one stressed syllable or “beat.”

In the previous post we made general observations on poetic structure in the Ps 22:2–11(E1–10) and looked at strategies for studying rare words. In this second part we will look closely at the structural relationships between the four lines of this stanza. A devotional thought will conclude this second part.

For the sake of convenience, I have repeated this portion exactly from part 1 last month. Below is the original text of these verses both in Hebrew and in transliteration with labeled verse lines and the “beat” count (Ct). After that is a wooden translation showing the correspondence between the Hebrew and the English words. Isolated words added for sense, especially forms to be, are in parentheses and do not count as a beat in the rhythm.

* On these two words, please see the discussion on word studies in the previous post.

I also repeat from the previous post this chart summarizing the identities of the persons of interest, the genres, and the beat-count patterns for Ps 22:2–11(E1–10).

The conjunction (cj) כִּי connects this verse, and in turn this stanza as we will see below, with the previous stanza. This cj shows a wide variety of logical relations. The Dictionary of Biblical Languages: Hebrew, lists the following functions: emphasis, contrast, contrast as an exception, causation (which is the function interpreted in v. 9b[E 8b] according to most translations), content of speech, simultaneous/overlapping event, and condition (whether real or hypothetical; this is another possible use in v. 9b[E 8b]). Because in the context there is a shift from the abuse of people in the previous stanza to the care of the Lord in this, contrast makes the best sense. Hence most translations render with “yet.”

These repetitions of the אַתָּה (ʾattâ), you and מִבֶּטֶן (mibbeten) (items #1 and 2) mark the beginning and ending of the stanza.

3. The timing of the events in the four lines accords with the chiastic structure of the four lines. I have taken the preposition מִן(min), most commonly translated “from,” in a temporal sense: “since [the time of].” So, lines 10a and 11b, as I have understood them, refer to pre-born David before his birth whereas lines 10b and 11a refer to post-born David.

The repetition of vocabulary (item 2), the parallel time frames (item 3), and the parallel syntax (item 4) all suggest a chiastic arrangement between all four lines:

Though there is no relation in meaning, there is a beautiful similarity of sound that connects the lines of v. 10 in a hysteron-proteron (last-first) relation. The two word-pairs with the accent pattern seems fitting for the conclusion of a major section.

This is another hysteron-proteron based on parallel grammatical structure that connects these two verses into the same stanza.

7. Line 11a ends with the word מֵרָ֑חֶם (mērāḥem) and 11b begins with the synonymous expression מִבֶּטֶן (mibbeṭen).

Though there is little relation in sound (both have the initial first letter mem, מ, the preposition מִן [min] again), there is a parallel meaning that connects these lines of v. 11 in another hysteron-proteron (last-first) relation. This is an artful variation from item 5.

8. In addition to the repetition of אָתָּה in 10a and 11b, the pronoun you is found at the beginning of 11a in the pronominal suffix of עָלֶיךָ (ʿālêḵā) and at the end of 11b in the subject pronoun אָֽתָּה (ʾāttâ). (For information on pronouns, please see HRU, ch. 11.)

This pairing of the “you” (masc. sing.) pronouns serves as bookends to the verse. In combination with item 7, the two lines of v. 11 form a chiasm or, more precisely with the inclusion of item 9, an inverted parallelism:

We often read of the rich and powerful in the world and on our bad days we wish we were like them and did not have to worry about the daily necessities of life. We may become jealous and resentful of anyone who has more than we do or who seems to have everything they could possibly want and a life free of troubles. In those times, it is well to remember that everyone, and I mean everyone, has problems. Earthly life is brutally hard for everyone; it simply manifests troubles in different ways to each individual. Ultimately, however, death comes to all. We need to remember at all times and in all circumstance that God has cared for us since we were first conceived and cares for us now and forever. He knew us then and we can trust him now, no matter what this earthly life brings.

Lee Fields
Lee M. Fields writes about the biblical Hebrew language, exegesis, Hebrew translation, and related topics. He is a trained Hebrew scholar with a PhD from Hebrew Union College and is Professor of Bible and Theology at Mid-Atlantic Christian University. He is author of Hebrew for the Rest of Us and co-editor of Devotions on the Hebrew Bible.
Next Post
Is There Really No Condemnation for All Who Claim to Follow Christ? (Rom 8:1) - Mondays with Mounce 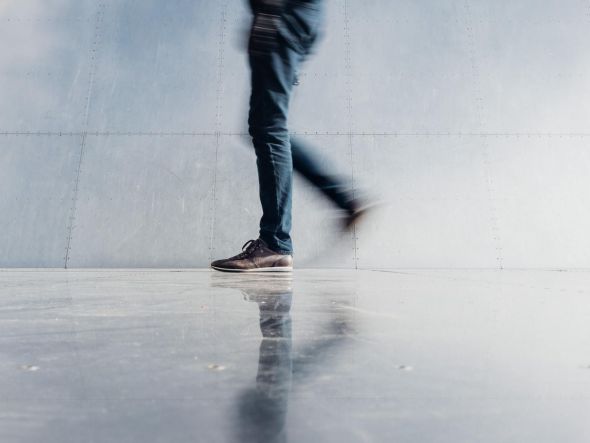 Is There Really No Condemnation for All Who Claim to Follow Christ? (Rom 8:1) - Mondays with Mounce Paul can sometimes make broad statements that are open to misunderstanding, especially when read out of context. In some...
Your form could not be submitted. Please check errors and resubmit.