Ruth and Boaz: A Cute Little Love Story or Much More? 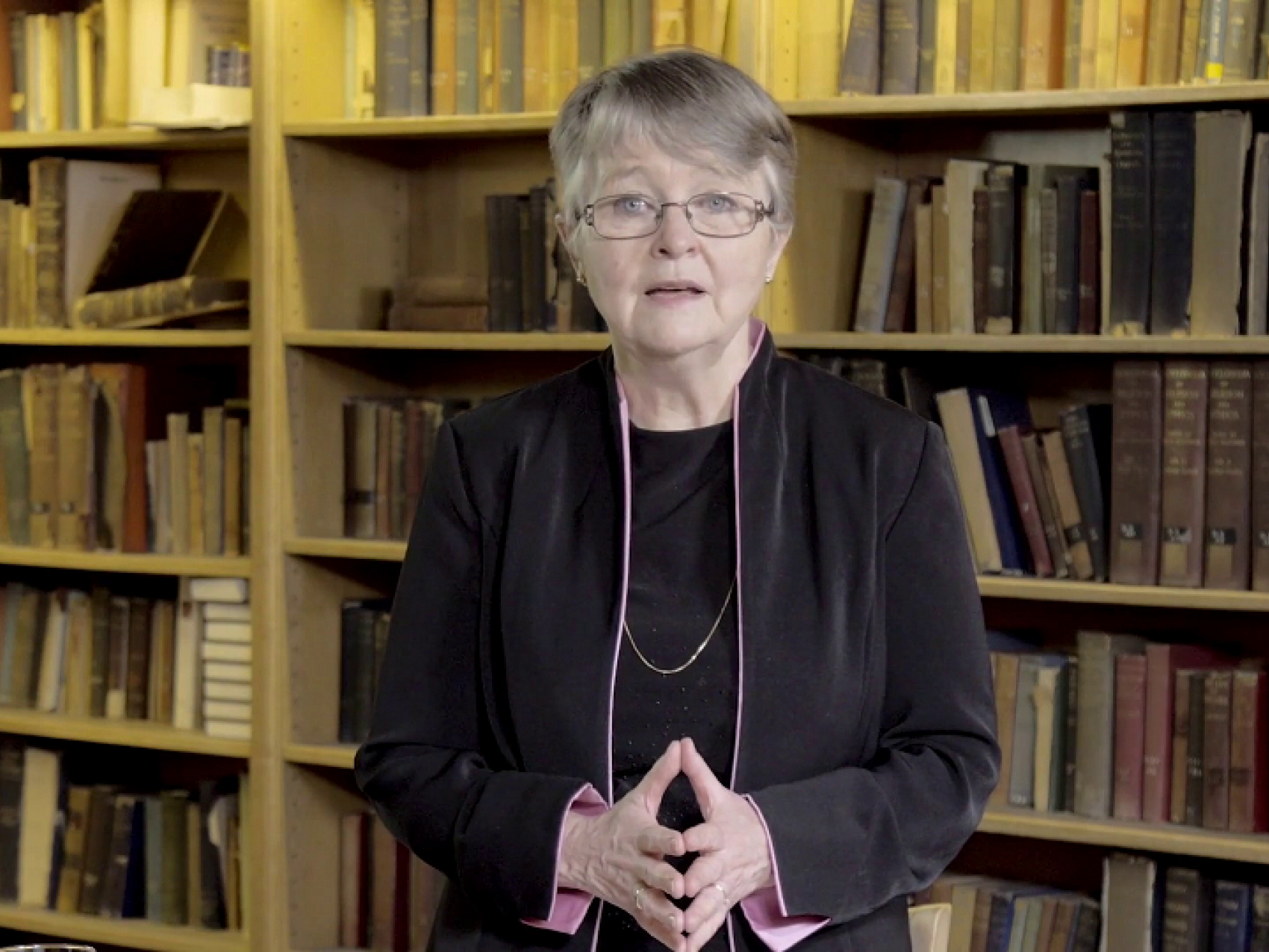 In the second chapter of Ruth, we’re introduced to Boaz, a wealthy landowner and relative of Naomi’s late husband. Boaz treats Ruth with tenderness and care, allowing her to glean from his fields behind his workers.

How should we read this section? Is it just the beginning of a biblical rom-com, or is there more at work here? In The Story of God Bible Commentary: Ruth, Esther, Marion Ann Taylor provides keen insights into this chapter. The article is adapted from Taylor’s commentary.

Examining the second chapter of Ruth

However, a contemporary of Ellet, Elmina Slenker, recognizes there are problems with overly romanticized retellings of “this neat and cute little love story” holding Ruth up as an example. Rather tongue-in-cheek Slenker asserts, “we hope the heroine will not be condemned as ‘strong-minded’ because she went out in the fields to glean, so that she might catch the eye of the rich farmer and captivate him by her charms. Perhaps it was leap year!”²

Here Slenker is alluding to the Irish tradition going back to St. Patrick that women could propose to men on February 29th. Although the story contains hints that support reading it as a romance, its explicit thrust pushes us to read it as much more. It contains a call to exercise hesed to those in need.

Chapter two in particular brings us face to face with a vulnerable, destitute foreigner at risk of physical and psychological abuse as she seeks to provide food for her family. It similarly brings us face to face with an extraordinary Israelite man, who exceeds the requirements of the Mosaic Law regarding the inclusion of and provision and protection for an at-risk woman.

Boaz’s care for Ruth reminds us of Jesus’ care for such vulnerable women as the woman with the issue of blood (Mark 5:25–34), the desperate widow of Nain (Luke 7:11–17), and the crippled woman whom he healed (Luke 13:10–17). James reminds us that “look[ing] after orphans and widows in their distress” is indeed the “religion that God our Father accepts as pure and faultless” (Jas 1:27). In the book of Ruth, Boaz prefigures the sort of care modelled by Jesus and mentioned by James. God’s people then and now are called to show hesed to the marginalized, the oppressed, the poor, the refugee, and the distressed.

In her theological response to the problem of violence against women and girls, Elizabeth Gerhardt calls the church to embrace our responsibilities to care for those in need; specifically, she calls us to exercise hesed toward the vulnerable Ruths of our day:

It is not difficult to recognize the Ruths in our world today who, because of their social, political, and economic situations, face uncertain futures that include violence and even death. Gender-based violence takes many forms, including the following: unwanted physical or sexual touching, rape, and physical and psychological harassment like that which threatened Ruth; child marriages that can result in pregnancies that threaten the lives of both mother and baby; female genital mutilation; trafficking of women and girls in modern-day slavery; and war-related rape. The issue of violence against women is highly complex. It entails ethical, moral, economic, cultural, political, and religious issues. It crosses borders, cultures, and classes; it affects all of us either directly or indirectly.

While there are many Boazes today who use their power and resources to show hesed to contemporary Ruths in need, many more of us must embrace our responsibilities to care for those who desperately need our help. We need to embrace the mission of the church (“religion that God our Father accepts as pure and faultless”) and be modern Boazes (Jas 1:27). As members of Christ’s church, we have

both the calling and the ability to help those who are vulnerable or oppressed, as well as to influence the world to prevent future exploitation from occurring. We can challenge the social, economic, political, and cultural conditions that force women to sell and endanger themselves for survival. We can help the Ruths and Naomis of today get safely across their deserts and find hope on the other side.⁴

The practice of gleaning

The Israelite practice of leaving behind grain, olives, and grapes for the poor raises other contemporary justice issues. It assumes a worldview of theological social stewardship that challenges Western theories of economics, which are based on rational self-interest and the maximizing of profits without concern for the effects of particular enterprises on society and the environment. Moreover, the Old Testament practice of gleaning challenges our conventional ideas about land ownership, reminding us that what we call “our” land belongs to God and that we are stewards and keepers of God’s creation.

The ancient practice of gleaning is experiencing a resurgence in many places today as individuals and communities experiment with a wide variety of gleaning practices, including sharing, conserving/preserving, and communal stewardship. Gleaning is certainly alive and well where I live in downtown Toronto. Every Wednesday on our quiet street, a few elderly women and men sort through our recycling and garbage bins looking for bottles and cans to redeem for cash. Many other people pick up furniture, dishes, clothes, books, and magazines that are routinely put out on the curb as part of my neighbors’ commitment to reduce, reuse, and recycle.

Two other contemporary forms of gleaning are “dumpster diving” for food and products that have passed their expiration date or are damaged, and “freeganism” with its wider “anti-consumerist” ideology. In some communities, gleaners “freecycle,” swap, or even lend a wide assortment of things—from coupons to clothes—using various social media networks. Although much gleaning today is not specifically faith-based, a number of Christians are initiating “gleaning” opportunities in their communities. Shane Claiborne’s nonprofit, The Simple Way, in North Philadelphia is one such community. Their community works together to love God, to love people, and to follow Jesus in and beyond their neighborhood. Their practices include a variety of “gleaning” enterprises. Gleaning nourishes the kingdom of God and models a biblical worldview.

The providence of God

This theologically rich chapter also invites reflections on God’s providence. As we watch the events in the lives of Ruth, Boaz, and Naomi unfold providentially to bring about God’s greater purposes, we are reminded that the God in whom we trust also works behind the scenes in our own lives to bring about his greater purposes. As Dean Ulrich reminds us,

we trust in a God who provided redemption in Jesus Christ when circumstances looked as if no redemption was possible. The events of our lives are the scene of his providential and redemptive activity. Nothing occurs by chance, takes God by surprise, or exceeds his power to handle. This is the foundation of trust. . . . Both Ruth and Boaz illustrate the look of trust. To trust a God of providence is to go above and beyond conventional wisdom.⁶

As interpreters throughout the ages have recognized, this image-laden chapter lends itself to theological exegesis based on figural readings of the text. Traditionally, Ruth and Boaz were seen as examples to follow and as types of Christ and the gentile believer or church. The Greek theologian Theodoret of Cyr (ca. 393–ca. 457), for example, highlights Boaz as a model of servanthood and liberality:

For he not only liberally shares his grain with Ruth but also consoles her with words. Not only does he share food with her but also was himself the minister of his kindness; so that whoever does not order another person to be his minister, but prepares the flour and bread himself, will have given very liberally indeed.⁷

Those who see in Boaz a type of Christ also see in Boaz’s generous actions toward Ruth—of protection, provision, and inclusion—a picture of Christ’s inclusion of the gentiles in the body of Christ. Ruth then is analogous to gentiles, “no longer foreigners and strangers, but fellow citizens with God’s people and also members of his household” (Eph 2:19). More recently, Ruth has been seen as a model of courageous risk-taking for the higher good. According to Joan Chittister, “Ruth calls women to be everything they can be, whatever the odds, whatever the world thinks otherwise. Ruth goes out into strange fields alone—and takes all the women of the world with her, not simply for their sakes alone, but for the sake of the whole world.”⁸

In his three-point sermon, “Spiritual Gleaning,” Charles Spurgeon (1834–1892) presents a mini-course on the Christian life using the metaphor of “the heavenly art of spiritual gleaning.”27 Boaz is a type of God, “the great husbandman,” who encourages believers to glean in his various fields—God’s doctrine field, with its sheaves of election and final perseverance; God’s overflowing promise field; the field of the ordinances of baptism and the Lord’s supper; and the most excellent field, hedged and sheltered field on a hill and called “Fellowship and Communion with Christ.”¹⁰ Spurgeon’s Ruth, the humble gleaner, is the hard working and tired believer who has to glean the soul’s food ear by ear and then thresh and winnow it. Finally, Boaz, Ruth’s secret lover and redeemer, is our lover and redeemer, Jesus, the husband of the church. Spurgeon concludes his sermon with exhortation:

Glean on with humble industry and hopeful confidence, and know that he who owns both fields and sheaves is looking upon you with eyes of love, and will one day espouse you to himself in glory everlasting. Happy gleaner who finds eternal love and eternal life in the fields in which he gleans!¹¹

The anonymous Anglican writer M. G. (fl. 1893) also reads Ruth 2 allegorically. She follows many before her who see Boaz as a type of Christ, but she extends the figure. For M. G., Boaz is Christ, who offers Ruth inclusion in the mystical body of Christ, and the bread and wine vinegar are types of the body and blood of Christ:

The whole history of Ruth’s work in the field, her meeting with Boaz, her being numbered among his maidens, unworthy though she considered herself of the honour, and his blessing her, is a beautiful allegory of the Holy Communion, where we meet our Elder Brother, though at first we scarcely realize it, and where with His Blessing we are assured of our membership with “the blessed company of all faithful people,”¹² and where we receive heavenly Food from the hands of His servants as often as we will come for it. The morsel of bread, and the vinegar (a sort of common wine), which she might drink, is a plain type of the Bread and Wine given to us in the Holy Eucharist.¹³

Further insight into chapter 2 of Ruth

Next Post
The Curse of Ham and Biblical Justifications for Slavery 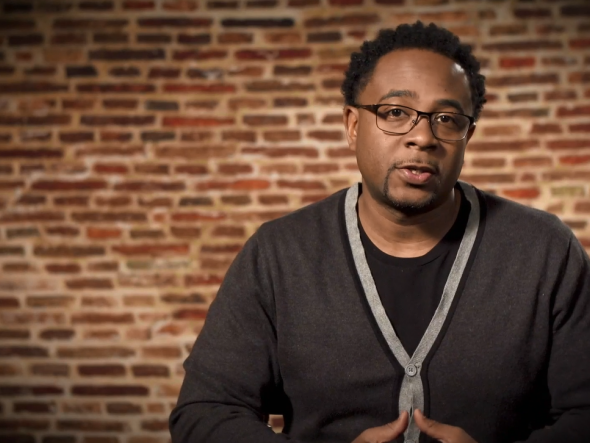 The Curse of Ham and Biblical Justifications for Slavery The ideological battle over slavery that led to the Civil War was fought on multiple fronts. For nineteenth-century chu...
Your form could not be submitted. Please check errors and resubmit.