The Land of Israel [Infographic] - The Most Significant People, Places, and Events in the Bible 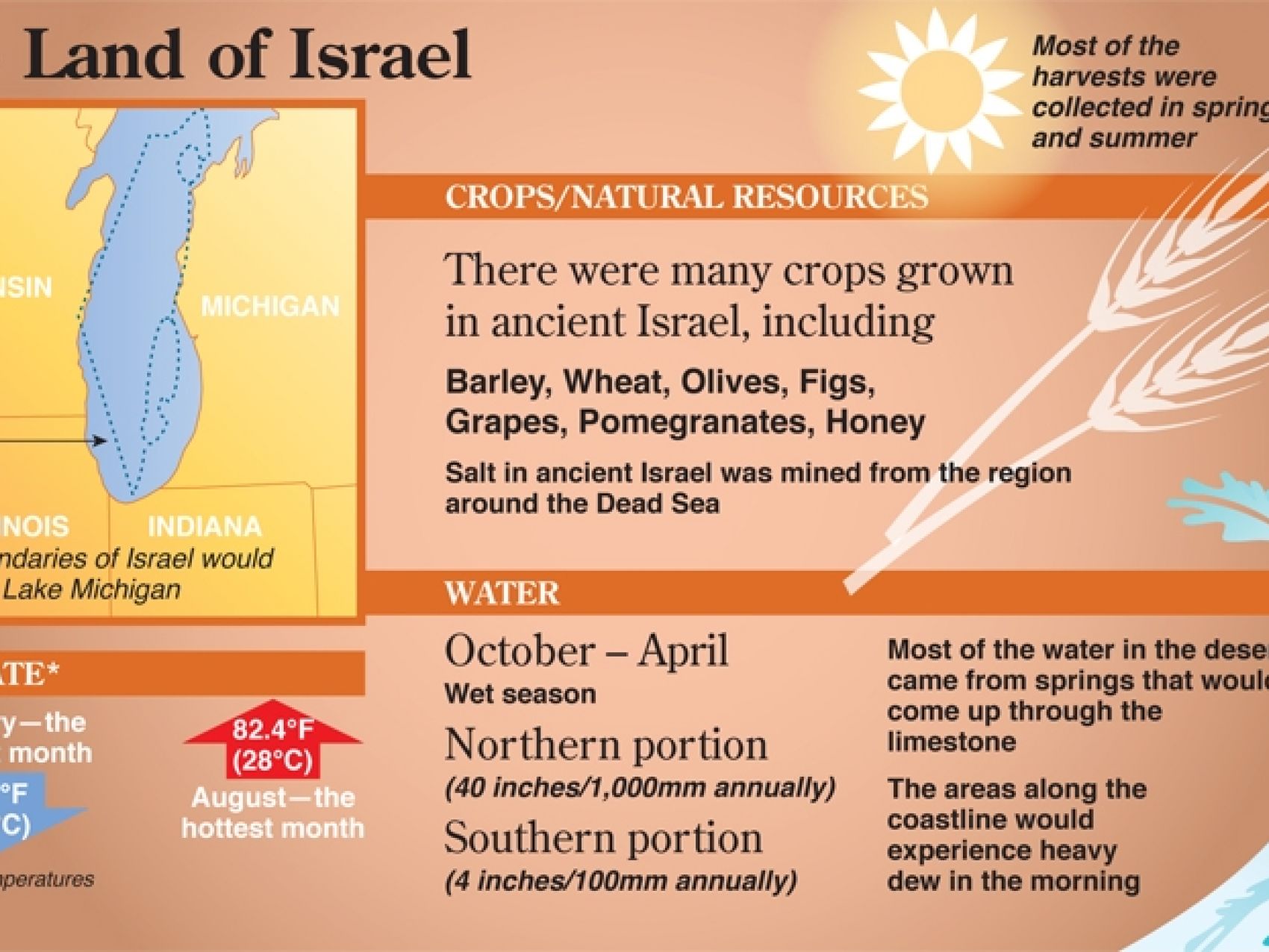 If you've been a teacher or pastor for long, you know that when it comes to quickly grasping and retaining information, the human brain functions best with a combination of both words and pictures. That’s where a new innovative, helpful resource from Zondervan comes in.

The Most Significant People, Places, and Events in the Bible is an infographic survey of Scripture. This visual guide to the Bible makes it accessible and memorable for students, laypeople, and anyone curious to know more about God’s Word.

In under 200 pages it presents dozens of infographic snapshots that visually communicate key stories and biblical insights in an informative and understandable way through:

Today we are highlighting one of those location sketches: the Land of Israel. If you haven't already yet, check out last week's entry on Joseph!

In today's graphic (above and below) and excerpt you will see how The Most Significant People, Places, and Events in the Bible brings vivid clarity to the overarching story of Scripture, helping people you're teaching or ministering to gain a greater understanding and appreciation for God's Word.

Situated atop part of the Syrian-African rift, the land of Israel features a wide variety of natural landscapes within a relatively small geographic location. Ranging from mountain to deserts to fertile valleys, the entire land of Israel takes up less space than Lake Michigan in the Unites States of America.

Most of the land contains a climate similar to that of the Mediterranean region, experiencing hot, lengthy summers and cool, short winter seasons. The climate does vary significantly from region to region due to elevation, precipitation, and other natural phenomena. Temperatures in the land of Israel fluctuate between 82.4 degrees Fahrenheit in the hottest months of August to 41 degrees Fahrenheit during January, the country’s coldest month.

The Negev Desert dominates the southern half of the land of Israel, covering over 6,000 square miles. This portion of the country sees very little precipitation, roughly four inches per year, most of which falls from October to April. The desert also features numerous freshwater springs, where water comes to the surface through limestone deposits.

The northern expanse of the Negev includes the Judean Desert, which encompasses the Dead Sea. To the west of the Dead Sea lie the Judean Hills, which function as useful terrain for raising sheep and other livestock. The hills give way to a flat fertile plain as they approach the  Great Mediterranean Sea. Many crops were grown in the fertile country’s coldest month. areas of Israel during biblical times, including barley, wheat, olives, figs, grapes, and pomegranates (Deuteronomy 8:8). In the autumn, planting for barley and wheat begins along with olive harvesting. By spring, these grains are ready to be harvested, while dates, figs, grapes, and pomegranates are har- vested in summer. Today, Israeli agriculture makes the country virtually self-sufficient for the people’s food needs. While many of the historical items are still grown, today’s agricultural industry is also known for its vegetables and citrus fruits.

The Dead Sea, a geographic wonder, takes in water from several rivers, most notably the Jordan River. The Jordan flows south from the Sea of Galilee, descending rapidly into the mouth of the Dead Sea, the lowest elevation point on earth. No water flows out of the Dead Sea. This fact, along with the high temperatures in the region, creates the saltiest water with the highest mineral content in the world. The water is so heavily saline that no marine life can be sustained within it. For this reason, the Israelites used the Dead Sea as a mine for salt.

The northern half of Israel receives considerably more rainfall than the southern half, averaging 40 inches per year. It also contains the Carmel mountain range, with the Jezreel Valley — one of the most fertile regions in the Middle East — to its east. The Jezreel Valley gives way to the hilly Galilean region, which includes the Sea of Galilee, a large inland lake subject to sudden and violent storms. To the east of the Sea of Galilee is the Bashan region, with snow- capped mountains, including Mt. Hermon. Today, this entire region is referred to as the Golan Heights.

During much of the biblical period, the land of Israel featured only two major roads: the Way of the Sea along the Mediterranean Coast, and the King’s Highway, running north to south in the western portion of Israel. Several other widely used but beaten-down paths connect the major geographical regions and towns. None of the region’s roads were paved until the land came under the control of the Roman Empire many years later.

The Most Significant People, Places, and Events in the Bible

Jeremy Bouma
Jeremy Bouma (Th.M.) has pastored on Capitol Hill and with the Evangelical Covenant Church in Michigan. He founded THEOKLESIA, which connects the 21st century Church to the vintage Christian faith; holds a Master of Theology in historical theology; and makes the vintage faith relevant at jeremybouma.com.
Next Post
How to Fight the Fallout from the Fall, and Win 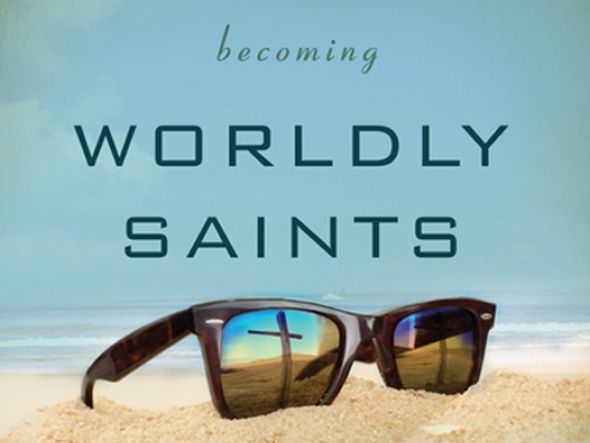 How to Fight the Fallout from the Fall, and Win The current issue of Time (Feb. 23/Mar. 2 , 2015) says my nine-month-old, Simon James, could live to be 142 years old th...
Your form could not be submitted. Please check errors and resubmit.