The Seven Churches of Revelation: Why They Matter and What We Can Learn 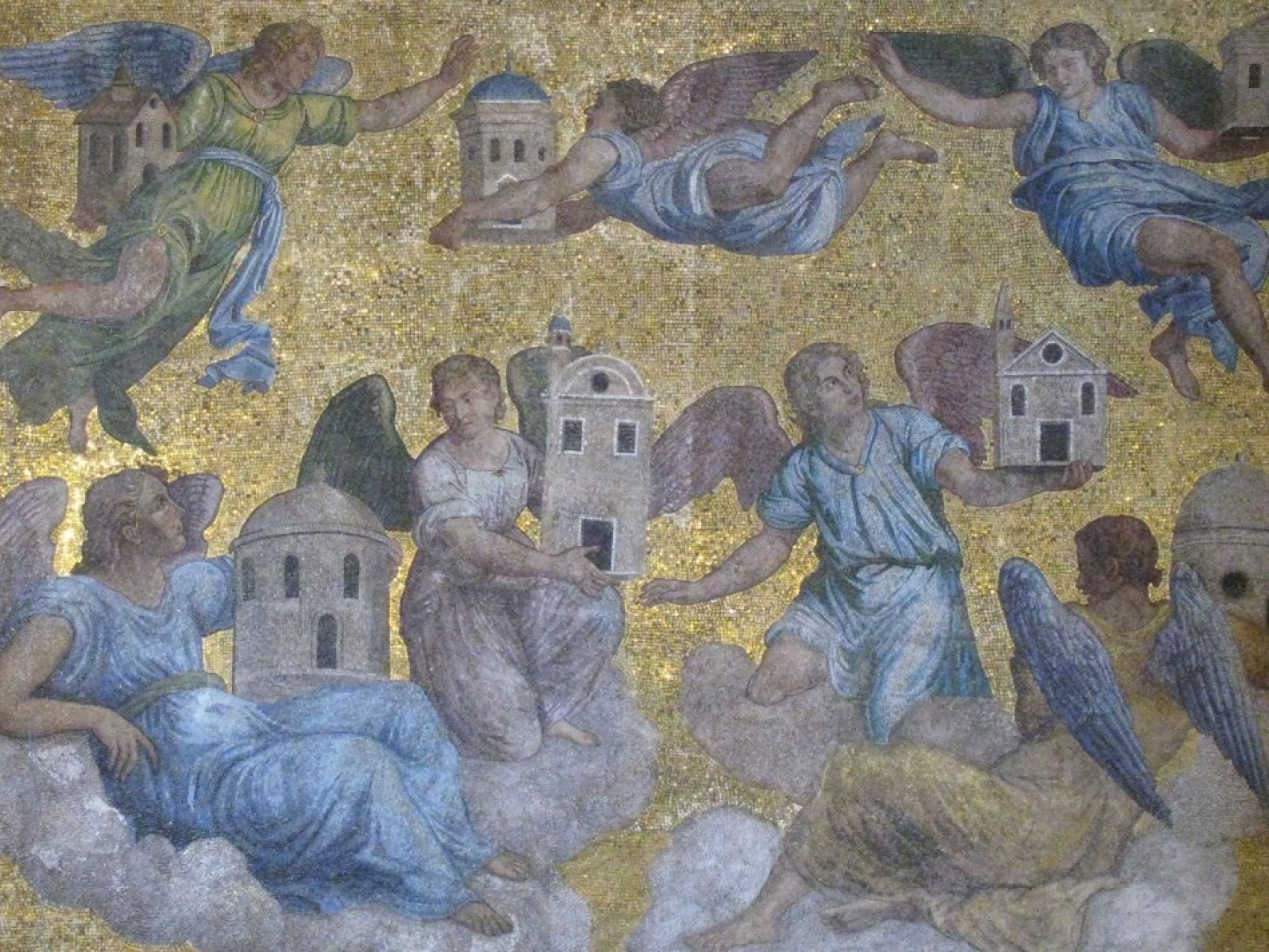 The book of Revelation opens with seven letters to seven churches. Each of the seven letters is a prophetic word from Jesus, through the Spirit, who is inspiring John to write.

Who were the recipients of these letters? How were they read and understood in the first century? And what are we to make of them today?

Where were the seven churches located?

Before we look at these letters as a whole, let’s briefly look at the seven cities where the recipients lived.

A messenger coming from Patmos—where John wrote—would reach Ephesus first, so Ephesus makes sense as the first letter. Ephesus was also a prominent city in the province: more powerful than Pergamum politically, and more favored than Smyrna for the imperial cult.

The letter to Ephesus warns against false teachers and evil in the world and admonishes for having forsaken their first love.

For three centuries Smyrna had been one of the most important cities in Asia Minor. Jesus’ message to Smyrna highlights contrasts: the one “who is the First and the Last,” who was dead but came to life, speaks to those who are impoverished yet rich, persecuted by those who claim to be Jews but are not, and will, like Jesus, find life in death.

Pergamum was a famous city that had long prospered. It included between 120,000 and 200,000 inhabitants. The citizens of Pergamum had the foresight to take the lead in joining Rome to defeat the other kings of the eastern Mediterranean, thereby securing for themselves special favor.

The Philadelphian church had only a “little strength,” but has proved successful in standing in that strength. Although closer in location to Sardis, the Philadelphian Christians’ situation resembles that of their fellow believers in Smyrna, roughly sixty miles to the west.

Perhaps the most well-known of the seven letters addresses the church in Laodicea.

Laodicea lay in Phrygia’s Lycus Valley, ten miles west of Colosse and six miles south of Hierapolis. Pagan worship, especially of Zeus but also of numerous other deities flourished there.

We know from Acts 13:14–50 and 14:15 that a significant Jewish community lived in and around Laodicea. However, they seem to have blended into Greek culture in many respects. We know this because, by the third century, illustrations on some coins had mixed together Jewish and pagan versions of the Flood stories.

Laodicea boasted great resources, but had a poor water supply. Ancient sources state that it was full of sediment, and excavation of the city’s terra cotta pipes reveal thick lime deposits, which suggest heavy contamination. Because Laodicea had to pipe in its water, it grew lukewarm by the time of its arrival.

The point of lukewarm water is simply that it is disgusting, in contrast to the more directly useful “hot” and “cold” water.

Jesus thus finds the church in Laodicea to be other than what he desires (cf. Isa. 5:2–6). In today’s English, he is telling the self-satisfied church in Laodicea: “I want water that will refresh me, but you remind me instead of the water you always complain about.”

All the churches would plainly understand this warning.

Historical context of letters in the ancient world

The book of Revelation would have been carried by travelers or (in this case) personal messengers. This is because no public postal service existed—apart from those tasked with carrying messages regarding the official business of the empire.

The letters to the seven churches are “prophetic letters.” We have numerous examples of this kind of writing:

These letters also bear some resemblance to “ancient royal and imperial edicts.” They resemble even more closely the biblical format of oracles concerning various peoples. We find instances of these in Isa. 13–23; Jer. 46–51; Ezek. 25–32; Amos 1–2.

How each of the seven letters is structured

Each letter follows a similar pattern:

That the message is from Jesus, following the same form as oracles in the Old Testament, plainly implies Jesus’ deity.

In fact, the descriptions of Jesus’ glory formally resemble the sort of epithets with which Greeks often addressed their deities, such as those found in Book 1, line 37 of Homer’s Iliad:

“Hear me, god of the silver bow, who stand over Chryse and holy Cilla, and rule mightily over Tenedos, Sminthian god…”

Related article:
What Is the Mark of the Beast?

How were the letters received?

Now that we know how the letters were written and structured, let’s take a look at how the churches would have read and received them.

Some commentators have noted that the churches are each invited to read the others’ mail. This interpretive principle is implied clearly enough in the text: Each church is called to hear “what the Spirit says to the churches” (note the plural).

This would have been somewhat embarrassing to members of the churches addressed most harshly.

To what degree are the messages to the particular churches distinctive, and to what degree should they be read as samples of what is addressed to all the churches? There is surely a sense in which each church receives the letter appropriate to it. In the early twentieth century William Ramsay (and more recently Colin Hemer) emphasized how the message to each church resembles what we know of the cities in which the churches existed.

Yet each church also receives the entire book of Revelation.

The basic principle for applying these letters to ourselves and others today thus seems to be: If the shoe fits, wear it.

To whatever degree our lives or churches reflect symptoms analogous to any of the churches the risen Lord addresses in these letters, we must take heed to “what the Spirit says to the churches.”

What do the letters tell us about the seven churches in Revelation?

That the letters to the seven churches often betray characteristics of the cities in which these churches flourished reminds us how easily churches can reflect the values of their culture if we do not remain vigilant against those values.

Such parallels are noted at relevant points in the commentary, but one of Ramsay’s other observations should be summarized here:

Such parallels may be coincidence, but they might also illustrate a pattern in history: The church, no matter how powerless in a given society, is a guardian of its culture.

Given the high degree of assimilation of North American Christians to our culture’s values—more time spent on entertainment than on witness, more money spent on our comfort than on human need—the prognosis for the society as a whole is not good.

When pagans charged that Rome fell because of its conversion to Christianity, Augustine responded that it fell rather because its sins were piled as high as heaven and because the commitment of most of its Christian population remained too shallow to restrain God’s wrath. Naturally we recognize that not all suffering reflects judgment; but some does, especially on the societal level. Is Western Christianity genuinely different enough from our cultures to delay God’s judgment on our societies?

Learn more about the seven churches—including an in-depth look at the historical context of each city—by signing up for Craig Keener’s online course on the book of Revelation.

This post is adapted from material found in Craig Keener’s online course on the book of Revelation. 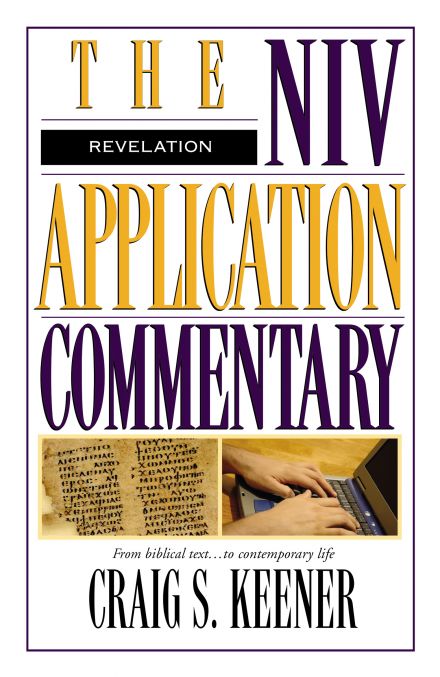 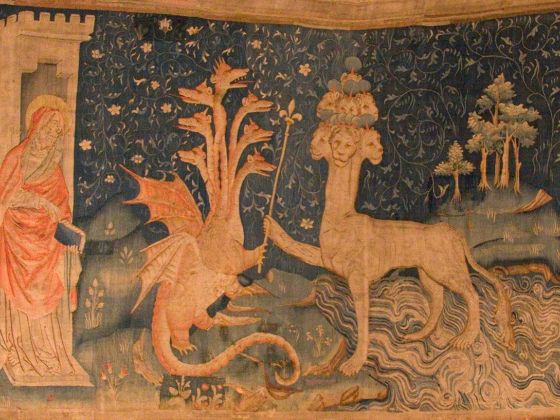 What Is the Mark of the Beast? This post is adapted from material found in Craig Keener’s Revelation online course. The book of Revelation speaks of several beasts. Perhaps the most famous is the beast found in Revelatio...
ZA Blog January 5, 2018
7 Tips for Understanding Revelation The Book of Revelation is notoriously difficult to understand. Over the centuries, the church has presented countless interpretations and theories about the meaning and significance of this ...
ZA Blog September 29, 2017 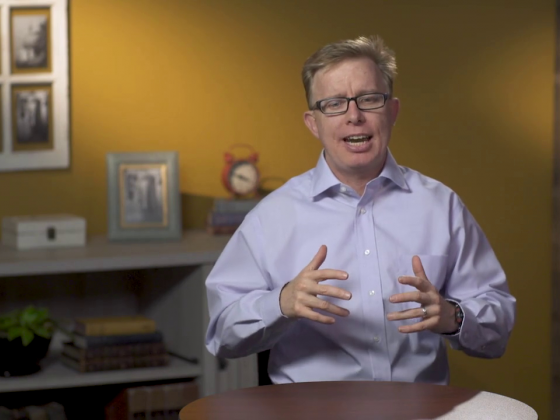