What Are the Common Themes and Issues in the Catholic Epistles? — An Excerpt from "A Theology of James, Peter, and Jude"

In his new book A Theology of James, Peter, and Jude (Biblical Theology of the New Testament), Peter H. Davids says “While at first blush it looks as if there are few common themes and issues in these works, a closer look identifies a number of them.” (23)

In the introduction to his volume Davids identifies eight specific themes and issues common to James, Peter, and Jude:

In the excerpt below we’ve highlighted three of these shared themes to give you a taste of the scope of Davids’s work. Be sure to add his incisive resource to your collection today to enhance your teaching and preaching ministry.

While at first blush it looks as if there are few common themes and issues in these works, a closer look identifies a number of them. All of the works share a background in the Greco-Roman world, even if perhaps in different segments of it. All of the works share a similar theology, Christology, view of the source of sin, and eschatology, even if it is at times stated in compressed form. All of the works ostensibly come from authors identified with the Palestinian Jewish followers of Jesus of Nazareth. But all of the works are also thought by many scholars to be pseudonymous. Let us look at those themes in that order.

Each of these works is written within the Greco-Roman world, and all four are written by relatively educated authors. Each of the authors has at least completed the progymnasmata level of education, and some at least were likely educated to a higher level, although they do not seem to have achieved the highest levels of education.

This is evident from their writing style. For example, 1 Peter has some of the best-quality Greek in the New Testament, but James and 2 Peter are not far behind. It is true that there are Semitisms in the works — for instance, the notorious “doers of the word” in Jas 1:22 – 25, which contemporary readers find understandable in context as an expression drawn from Semitic constructions for one who does what “the word” instructs him or her to do, but which in “normal” Greek should mean one who writes words, such as a poet.

But these “Semitisms” are not especially numerous and could be the result of the reading of Semitic literature in church, that is, the reading of the Greek translation of the Hebrew Scriptures, which we know of through the Septuagint. This would take place in that age much as King James language has crept into the written and, at times, spoken language of this author when he was a youth (much to the consternation of his high school teachers), for that was the language read, sung, and, at times, spoken in his church.

But this reference to Greek style shows another thing that these works have in common, the use of a Greek translation of the Scriptures; for it is difficult, although not impossible on a limited basis, to argue that any of these authors had direct knowledge of the Hebrew Scriptures. (We will say more about this as we work through the individual letters.) What we have, then, are four works composed within a Greco-Roman context, some perhaps in the Palestinian end of the Greco-Roman world, but still rooted in that world and its language. There are, of course, differences in the parts of that world that they address, but these specific points of view will be covered as we encounter them.

These works also share a common theology in that they all agree that there is only one God, who is to be identified with the God of the Hebrew Scriptures. James 2:19 is explicit about the belief that “God is one” (and while this is an insufficient belief, James indicates that it is a starting point, “You do well”), but each of the other works refers to the narratives of the Hebrew Scriptures and thereby identifies the God in whom each author believes…

There are many other things that one can say about this God, such as that he is a God of grace (Jas 4:6; 1 Pet 5:10; Jude 4), but enough has been said to indicate that each of these writers lives within the same narrative, namely, that of the one creator God whose story is found in the Hebrew Scriptures (whether read in translation or in Second Temple retellings) and who revealed himself through the (Hebrew/Jewish) prophets. They may emphasize different aspects of this God, but unless one understands their common assumptions, one will have large gaps in one’s understanding of what they are intending to communicate.

By noting that God is God the Father, we pass into the realm of Christology, for God is primarily “the Father” of “our Lord Jesus Christ” (1 Pet 1:3). While only 1 Peter says this explicitly, the title “Father” is used in 2 Pet 1:17 and Jude 1 as part of differentiating “the Father” from Jesus Christ. Only James is not clear about this point (Jas 1:27 may be referring to God as the Father of orphans and Jas 3:9 is probably referring to the creator God as “Lord and Father”), but then James has much less to say about Christology than any of the other three.

All of these authors also agree that Jesus is the “Anointed One” (usually translated “Messiah” or transliterated “Christ”); that fact places him as well within the Second Temple Jewish narrative that in a number of its forms expected God to designate or “anoint” a ruler for his people, usually thought of as a descendant of David on the basis of 2 Sam 7:12 – 13. These works may differ in their application of sacrificial metaphors to Jesus (more prominent in 1 Peter) or their use of the title “Savior” (used only in 2 Peter [5x] and Jude), but their particular christological emphases are built on a common foundation. (23-25) Jeremy Bouma
Jeremy Bouma (Th.M.) has pastored on Capitol Hill and with the Evangelical Covenant Church in Michigan. He founded THEOKLESIA, which connects the 21st century Church to the vintage Christian faith; holds a Master of Theology in historical theology; and makes the vintage faith relevant at jeremybouma.com.
Next Post
[Common Places] The Promise and Prospects of Retrieval: Recent Developments in Roman Catholic Thought that Shape Contemporary Dogmatic Theology 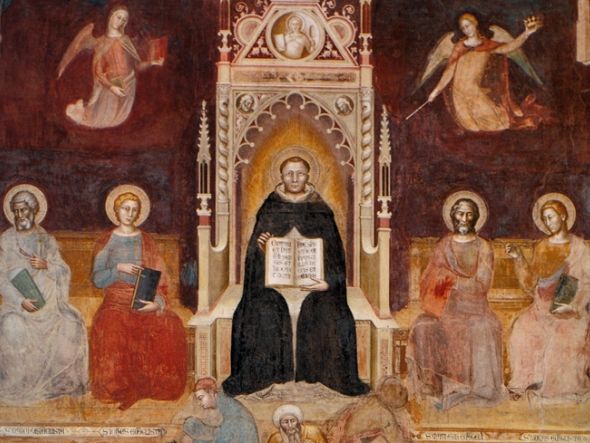 [Common Places] The Promise and Prospects of Retrieval: Recent Developments in Roman Catholic Thought that Shape Contemporary Dogmatic Theology Broadly speaking, Catholic theology in the past twenty years has been characterized by three distinctive tendencies. The...
Your form could not be submitted. Please check errors and resubmit.