What James means by “Faith without works is dead” 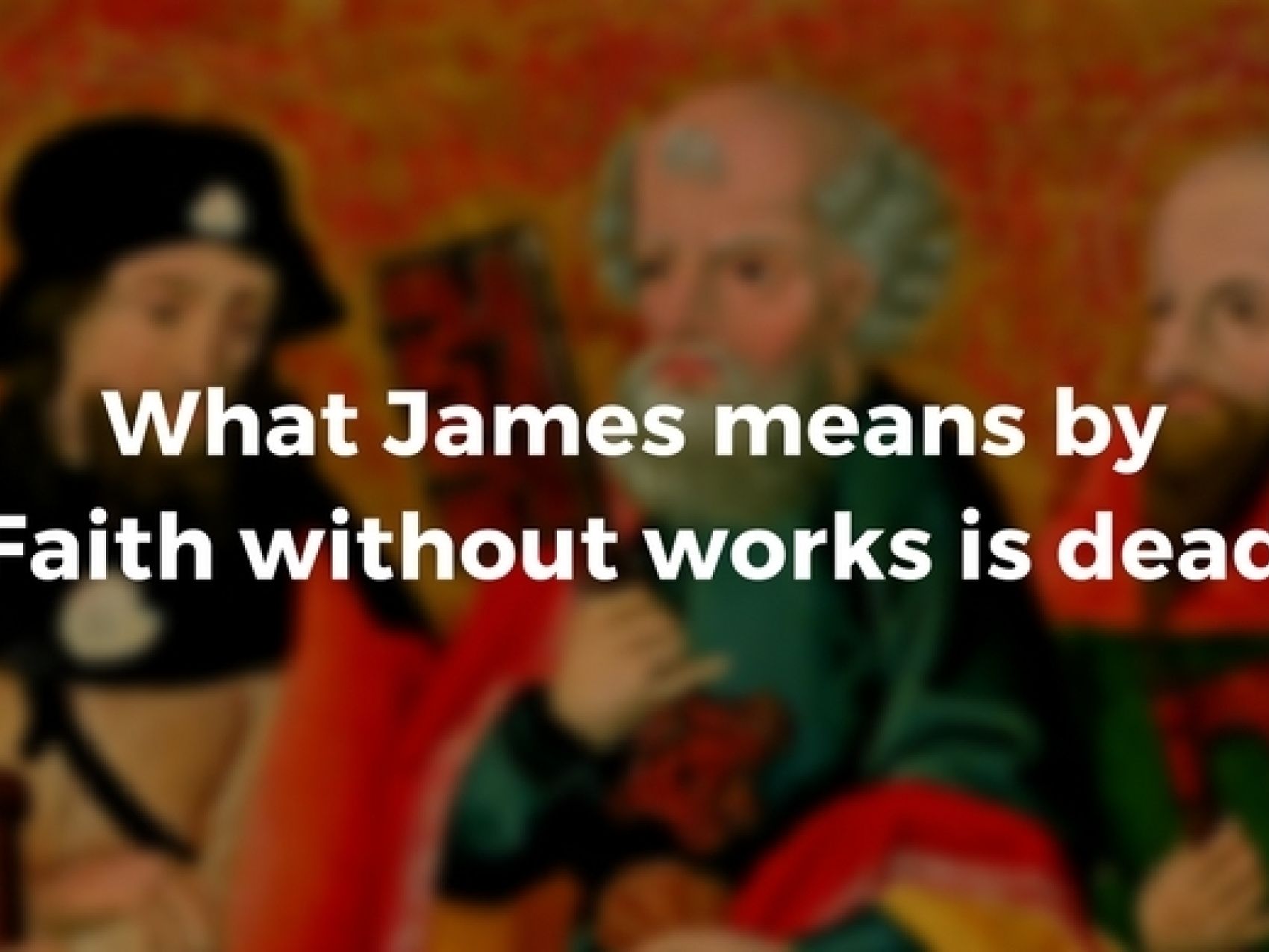 This post is adapted from material found in A Theology of Peter, James, and Jude, an online course taught by Peter H. Davids. Sign up for the course.

Paul famously writes that “a person is justified by faith apart from the works of the law.”

But James writes that “a person is considered righteous by what they do and not by faith alone” and that “faith without works is dead.”

Which is correct? How are we to read Paul and James together?

Does James really mean that our works save us?

Before we talk about how to read Paul and James together, let’s take a close look at what James really says.

James tells us that if someone claims to have a commitment—faith—and assumes that on this basis they will be saved or delivered in the final judgment, but they don’t have the works of charity or other forms of obedience to God, then they are deceived.

Commitment or faith in itself cannot save or deliver them.

But is that really true?

If so, James has made a profound theological statement, especially when read within the context of the whole of the New Testament.

James illustrates his point with the story:

What does it profit, my brethren, if someone says he has faith but does not have works? Can faith save him? If a brother or sister is naked and destitute of daily food, and one of you says to them, “Depart in peace, be warmed and filled,” but you do not give them the things which are needed for the body, what does it profit? Thus also faith by itself, if it does not have works, is dead. (James 2:14–17 NKJV)

With this story James is clearly responding to three either implied or stated objections.

First, could not faith and works be separate gifts? No, for without the appropriate actions flowing from it, faith or commitment cannot be demonstrated. Commitment to God and Jesus is accomplished through deeds.

Objection 2: a confession of faith is enough

Second, what about the sincere confession of faith: “I do believe!”

The reference to what is believed is to the basic confession of Judaism, the Shema. That is good, says James, for the unity of God is fundamental to the Jewish religion.

But then James reminds us that even the demons have gotten farther than this in that they both believe this truth and respond to this belief appropriately—that is, they “shudder,” presumably in anticipation of judgment.

The demons do something that shows that this confession is more than theory to them.

Third, James argues that a commitment without appropriate deeds is worthless by bringing in two biblical narratives.

The first is the binding of Isaac in Genesis 22. In this passage, Abraham is declared to be “in the right” or “justified” by God (although the term “justified” is not used in the Septuagint) after it is clear from Abraham’s actions that his commitment to God is such that he has obeyed God’s command to offer his one and only son on an altar and is about to complete that act. It is then that God says, “Now I know” (Genesis 22:12), and God therefore reaffirms the earlier promises of progeny and blessing on the basis of Abraham’s current obedience (Genesis 22:15–18). James relates this to Genesis 15:6, “Abraham believed God and it was reckoned to him as righteousness (or, as an act of righteousness),” which Scripture, he states, was “fulfilled.” To James, Genesis 15:6 was proleptic insofar as Abraham was only declared to be righteous, or justified, after the deed of Genesis 22, for that is when God makes the declaration that “he knows.”

The result of Abraham’s act and God’s declaration is that Abraham was considered a special client of the divine patron, a friend, the most honored level of client. The conclusion based on the story of Abraham, argues James, is that “a person is justified by works, not by faith alone” (James 2:24).

The second biblical narrative James discusses is that of Rahab. He writes:

In the same way, was not even Rahab the prostitute considered righteous for what she did when she gave lodging to the spies and sent them off in a different direction? (James 2:25)

She was declared just on the basis of her deeds in that she hid the messengers and directed them how to remain safe when they left.

While the narrator of the Hebrew Scriptures never says that she had a commitment to or faith in God, Rahab’s speech in Joshua 2 certainly shows that she is convinced that Israel’s God is able to deliver Jericho into Israel’s hands. Her being declared just in James is a reflection of her deliverance in the Hebrew text and the connection that was made between that deliverance and her deeds in Joshua 2.

The point James is making is that all of Rahab’s conviction—conviction that the God of Israel was about to give Jericho into the hands of the Israelites, and conviction that YHWH was “God in heaven above and on earth below” (Josh 2:11)—all of it would have counted for nothing had she not saved the lives of the messengers and followed through on their instructions.

Rahab’s faith would have been empty without action based on it.

James ends with a pithy analogy that sums up his point. He accepts that the human being is body and breath/spirit; when the spirit departs, one has a corpse, a decomposing body. So also when deeds are separated from faith or commitment, one has, not just something that is defective, but something that is dead.

It looks like James is intentionally contradicting Paul. It’s as if he reads Paul and says, “No, it is not faith alone, it is faith completed by works. This is what results in justification.”

James uses the three terms Paul uses: faith, works, and justified. He uses the same example of Abraham, and, just like Paul, he quotes Genesis 15:6. There is enormous overlap between James and Paul:

It seems we have two equal voices in the New Testament contradicting each other. How are we to handle this?

It’s not so simple.

What Paul and James mean by “works”

When Paul talks about faith and works, he always refers to “works of the law.” But James never uses that phrase.

When Paul wants to illustrate the works of the law he opposes, he uses the example of circumcision, Sabbath, and purity regulations. But when James speaks of the law, he refers to charitable deeds, obedient sacrificial actions, acts of hospitality. (And Paul repeatedly commends acts of charity and hospitality elsewhere—he’s clearly not opposed.)

What Paul and James mean by “faith”

To return to our phrase—“faith without works is dead”—what do Paul and James mean by faith?

But James gives only one example of “faith,” and it refers to a kind of belief. He’s referring to the Jewish belief that “God is one,” the foundational statement of Jewish belief. He leaves “faith” undefined in the rest of the passage.

How Paul and James use the example of Abraham

Finally, James and Paul use Abraham as an example.

For Paul, the point is that Abraham’s work of circumcision came after he trusted God and God has already declared him righteous:

“Abram believed the Lord, and he credited it to him as righteousness.” (Genesis 15:6)

But James never mentions circumcision. It’s not an issue for him. But he does mention Abraham’s attempted offering of Isaac. Only after bringing Isaac to the later does God say to Abraham:

“Do not lay a hand on the boy,” he said. “Do not do anything to him. Now I know that you fear God, because you have not withheld from me your son, your only son.” (Genesis 22:12)

It is only after the telling of this story that James, like Paul, cites Genesis 15:6.

And the Scripture was fulfilled that says, “Abraham believed God, and it was credited to him as righteousness,” and he was called God’s friend. (James 2:23)

Dig deep into the books of James, Peter, and Jude

Are we reading Paul incorrectly?

As you can see, there is a clear linguistic overlap between Paul and James. If James had read Romans or Galatians and intended to reply to them, then it’s clear he misunderstood them. It’s also possible that echoes of Paul reached James—which would account for the similar phrases.

But if so, this was an already-distorted version of Paul that James would have heard—a distortion similar to Luther’s understanding of Paul that led to his condemnation of James.

Where does this leave us?

It’s hard to argue that James should be compared to Paul and found wanting. Instead, James gives us a canonical perspective from which we can ask: are we reading Paul appropriately?

If we read James and Paul as being in conflict rather than being two voices in a pre-systematic period of the church, then we may be reading Paul’s teaching on faith, works, and justification incorrectly.

Did James know about Paul’s writings about justification by faith alone?

The question remains: did James know about Paul’s writings about justification by faith alone in Galatians and Romans?

If these three aspects really are borrowed from Paul, then James must have been written later than Romans and Galatians. But did he?

The letter to the Romans was sent west from Corinth—where Paul wrote it—to Rome. It wasn’t sent east to Palestine, where James was located.

For James to have read Romans, the letter would have needed to reach Rome, become influential, and be copied. A copy, which would have cost perhaps $2,000 in current money, would have needed to be sent to Palestine before James could have reacted to it. It is unlikely that the historical James, who was martyred by 62 CE, could be responding to Romans.

If James is reacting to Pauline ideas, then he must be writing before Romans and Galatians became available to him, for he does not seem so ignorant as to have completely misunderstood those letters if he had had them.

So is faith without works dead? What James seem to say is that our works don’t save us, but they do reflect a saving faith. 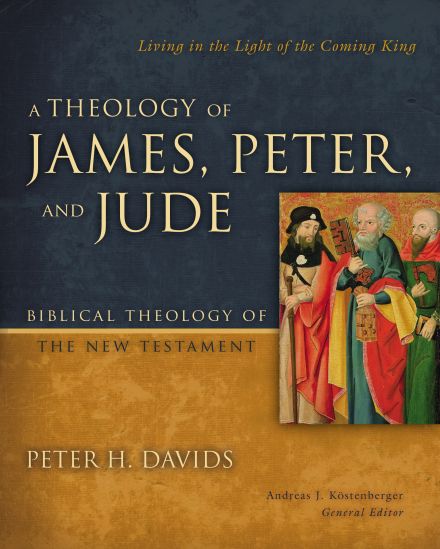 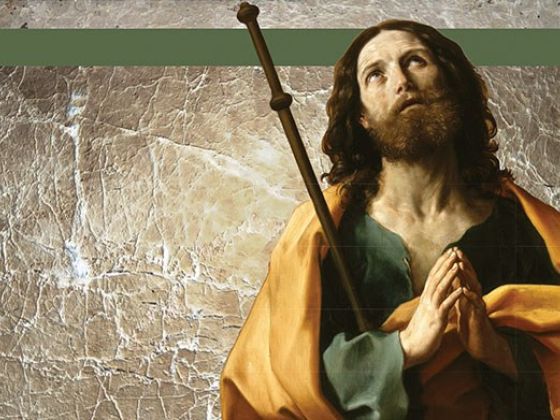