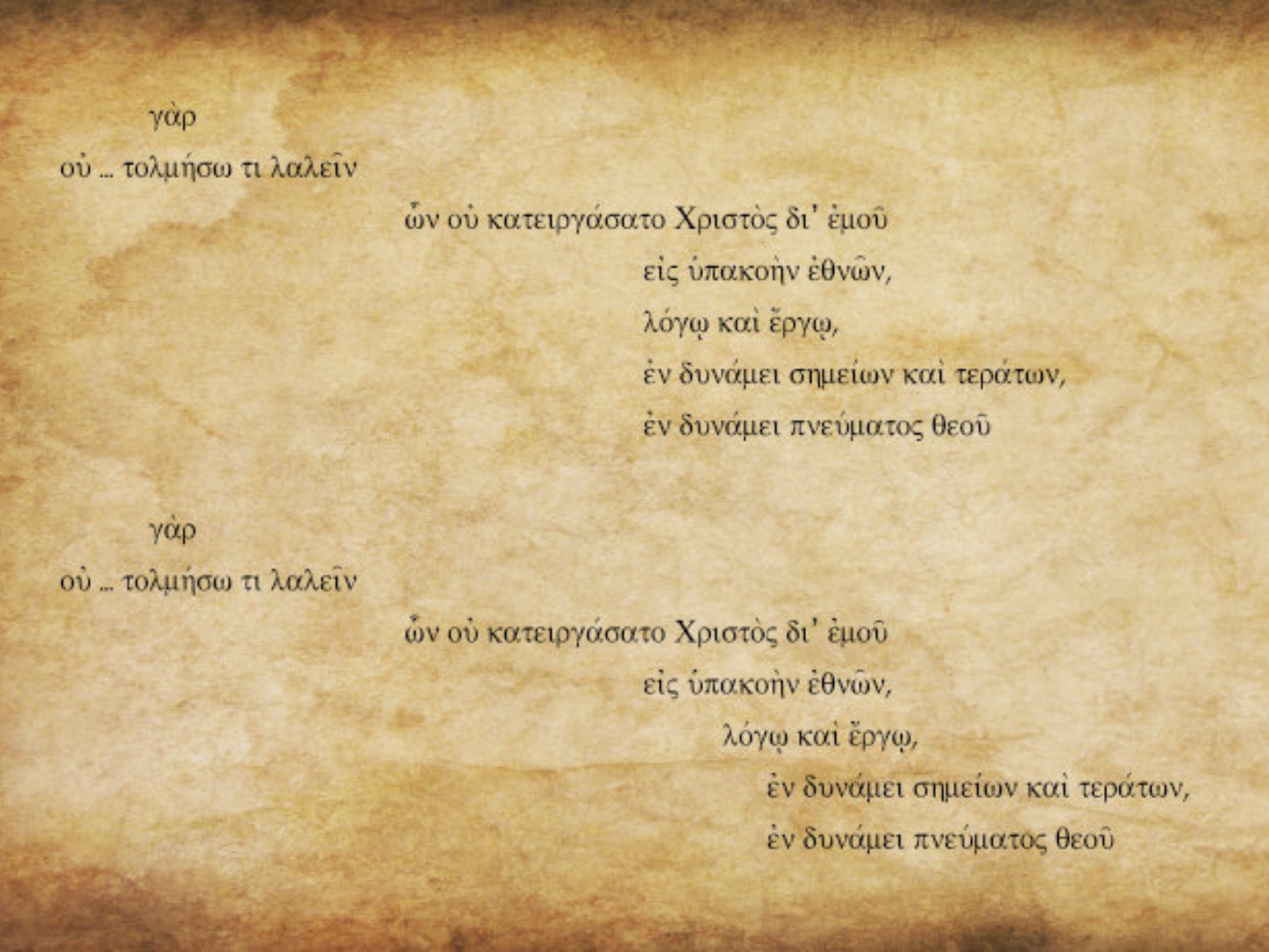 Paul’s only boast is in what God has done through his own ministry, the goal of which was “bringing the Gentiles to obedience” (v 18b). Paul is going out of his way — and confusing most Greek students — by his insistence that everything he has done was really accomplished by Christ through the power of the Spirit. There is quite a bit of information hidden in the Greek that not all translations bring out, or are even able to bring out. Watch the phrasing as we work through the passage.

Paul starts by asserting that οὐ γὰρ τολμήσω τι λαλεῖν, he would not dare to speak about anything. Notice that τι is singular. He could have stated it in the positive — “I dare to speak only about” — but he is going out of his way to emphatically attribute all of his “success” to God.

Then comes the awkward phrase ὧν οὐ. What is awkward is that ὧν is plural even though its antecedent τι is singular. Although it breaks the strict rules of grammar, its meaning is clear. Paul is attributing every last bit of all of his “successes” to Christ, absolutely everything.

But why then the negation οὐ? He could have used the normal (positive) πλήν or ἐκτός (Cranfield) for “except,” but Paul is wanting to be emphatic, and the use of a double negation stresses this point. Paul’s intention, apparently, was to give “greater emphasis to his rejection of the possibility of referring to something other than what Christ has wrought through him, but, by so doing, has succeeded in making the rest of the sentence follow extremely awkwardly” (Cranfield, 2:758). Moo translates, "anything other than what Christ accomplished” (892n47).

Paul then sets up a three ways in which God accomplished this work. It is unfortunate that some translations don’t make the three-points obvious; both the simple dative and the preposition ἐν can express the idea of “by.”

The other way to understand the shift from the dative to the prepositions is to follow NIV (see second phrasing above). The dative phrase is how Christ has reached the Gentiles through Paul. What he has said and done was buttressed by the signs and wonders he did through the power of the Spirit. “I will not venture to speak of anything except what Christ has accomplished through me in leading the Gentiles to obey God by what I have said and done — by the power of signs and wonders, through the power of the Spirit of God.”

As I think through the successes (and failures) of my own ministry, these verses make me stop and ask if I am taking any credit for what “I” have done. Did I write a successful Greek textbook, or did the Spirit work through me for his own purposes? Did I lead a church to rapid growth, or did the Spirit do it through me (and others)? Am I taking the credit for what the Lord has done? We so easily want to climb back up on the throne of our life, but there is only room for one person there, and it isn’t me.

What about you? Do you take credit for what the Lord has done through you? 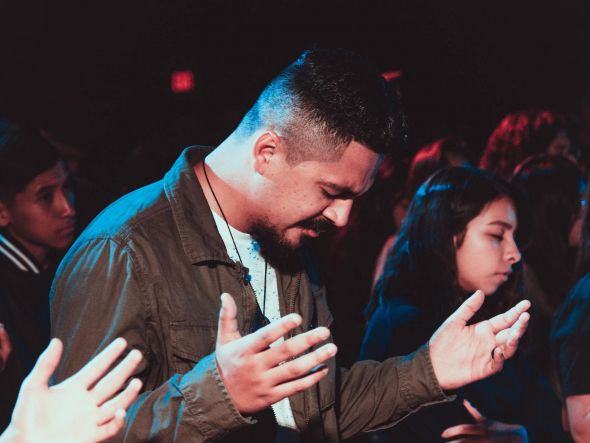 When γάρ Can’t Mean “For” (Romans 12:3) - Mondays with Mounce γάρ is a tricky word. The more formal equivalent translations tend to just use “for” and let you figure out what it mean...
Related Posts 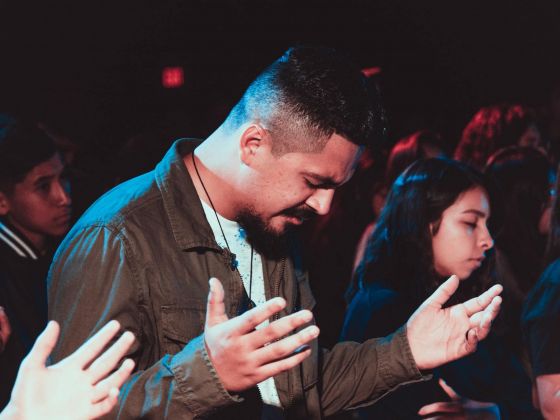 When γάρ Can’t Mean “For” (Romans 12:3) - Mondays with Mounce γάρ is a tricky word. The more formal equivalent translations tend to just use “for” and let you figure out what it means. The problem is that “for” has a much smaller range of meaning than ...
Bill Mounce September 27, 2021 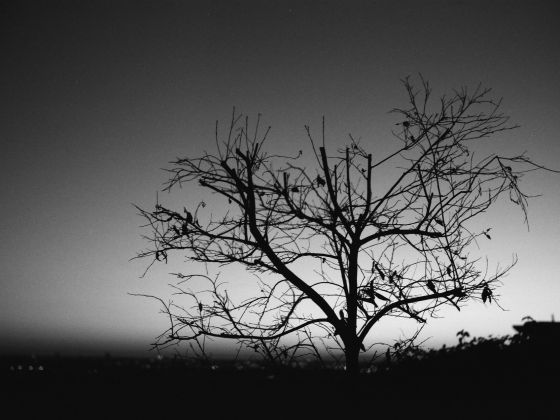 What does “I Could Wish” Actually Mean? (Romans 9:3) - Mondays with Mounce Paul often gets a bad rap for seeming to be too caustic and judgmental. It’s too bad that this opinion is not more often balanced by Paul’s other statements of love and concern for his churc...
Bill Mounce March 22, 2021
Your form could not be submitted. Please check errors and resubmit.