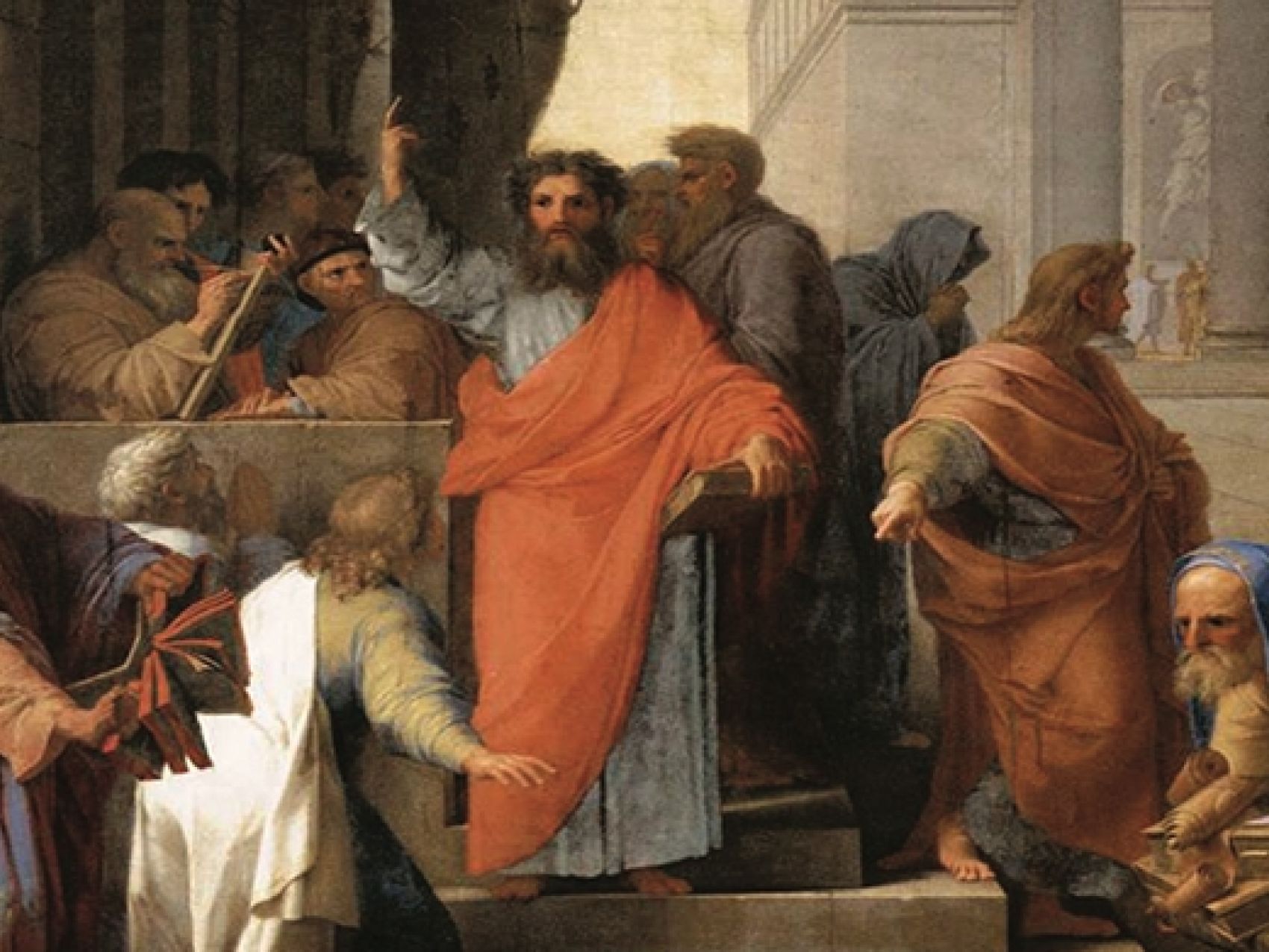 Today’s post is by Clinton E. Arnold and is excerpted from Ephesians in the Zondervan Exegetical Commentary on the New Testament.

The authorship of Ephesians has been one of the most hotly debated issues in the critical scholarship of the letter. This is an issue I have not taken lightly in the quarter of a century that I have spent researching and writing on this letter.

As a matter of perspective, it is important to observe that few evangelical scholars doubt the authenticity of the letter. There are a few notable exceptions, such as J. D. G. Dunn, A. T. Lincoln, and R. P. Martin.

But the vast majority of prominent evangelical scholars who have written commentaries, monographs, and journal articles on Ephesians in recent years are convinced of Pauline authorship.

Although some critical scholars may accuse evangelicals of a confessional bias when it comes to this issue, such a charge represents a cavalier dismissal of the substantial amount of evidence that leans many of us strongly in favor of Pauline authorship.

In addition, for those who are convinced of the inerrancy of Scripture (as I am), the pseudepigraphical view—the view that Ephesians is attributed to Paul, but Paul didn’t write it—could prove inconsistent with this assumption, depending on how one explains pseudepigraphy, handles the autobiographical data, and explains the theology.

What follows is a summary of the seven key reasons why I am convinced that Ephesians is an authentic Pauline letter.

1. The pseudepigraphical hypothesis cannot adequately account for the autobiographical material in the letter.

Ephesians contains a substantial amount of material presented as the first-person address of the apostle to the readers:

The explanations I have read of this material by those who affirm pseudepigraphy are not at all compelling.

2. There is early attestation of Paul as the author of Ephesians.

Ephesians appears to have been used and quoted (or alluded to) authoritatively as a Pauline letter by many of the Apostolic Fathers, including Clement of Rome, Ignatius, Hermas, Epistle to Diognetus, and Polycarp. Irenaeus (AD 130–200), Clement of Alexandria (AD 150–215), and Tertullian (AD 160–220) all cite portions of Ephesians as having been written by the apostle Paul. It was also listed as a Pauline letter in the earliest canons, such as Marcion’s (c. AD 140) and the Muratorian Canon (c. AD 180).

It is also significant, and generally overlooked, that some of the writers of the Nag Hammadi documents quoted Ephesians as the apostle Paul’s own words. For instance, Ephesians 6:12 is quoted in the third-century AD Hypostasis of the Archons (2.86.20 – 25) as from “the great apostle.” The same verse is cited in Exegesis on the Soul (2.6.131) as the words of Paul.

It is significant that Ephesians was recognized from the beginning as a Pauline letter. There is no hint of any uncertainty or any debate about its genuineness.

3. The theological emphases are appropriate to a life setting in first-century Ephesus and western Asia Minor.

Two of the major theological accents in Ephesians—the cosmic Christology and the realized eschatology—can best be explained in terms of the apostle Paul’s skillful and contextually appropriate remarks to people who need to be reminded of Christ’s supremacy over the powers of darkness and the believers participation in Christ’s power and authority over this realm.

The postulation of a second generation Christianity after the death of the apostle or the influence of Gnostic ideas does not explain the theological emphases nearly as well.

Similarly, Paul’s remarks about the church can best be explained in light of a situation of some degree of disunity among Jewish and Gentile believers in the network of churches in this area.

4. The alleged “differences” between the theology of Ephesians and the theology of Paul are better explained as distinct emphases within his thought rather than as contradictions that the historical Paul could not have expressed.

I do not find myself convinced of the alleged discrepancies between Paul’s thought and some of the ideas and concepts that we find expressed in Ephesians.

5. Paul was capable of writing with a range of styles and exhibiting his own literary flair.

Many of those who do not think Paul wrote Ephesians put a lot of stock in an argument based on his style.

Hoehner responds by saying, “certainly Ephesians manifests some differences in vocabulary and style, but not enough to discount authenticity.”

I would agree with Hoehner’s assessment not only because we do not have a large enough sample of Paul’s writings to make such a monumental judgment, but also because it unfairly restricts Paul to a preconceived mold of how he should write based on some of his other letters.

Some of the stylistic traits of Ephesians can be attributed to the range of styles he uses within this letter. He begins with a lengthy “blessing” (berakah) patterned after Jewish precedents that exceeds anything he has written in his previous letters. There are two major prayer reports in the letter, a doxology, a household code, virtue and vice lists, paraenesis, and prose teaching. The style of each of these literary units varies considerably from the others—with respect to the length of sentences, the use of adverbial participles, the amount of prepositional phrases, the use of adverbs, the number of imperatives, and the amount of new vocabulary.

Another factor that needs to be considered is the amount of traditional material that Paul has chosen to incorporate into the letter (see, e.g., Ephesians 4:4–6; 5:14). This material, of course, may utilize different vocabulary and style than Paul would use.

One simply cannot look at the letter as a whole and undertake statistical analyses and form a judgment based on a comparison of the numbers with the accepted Pauline letters. Goulder criticizes this approach, saying, “the denial of Pauline authorship is the consequence of the widespread temptation to substitute counting for thinking.”

6. The hypothesis that the author of Ephesians used Colossians as a literary source is not persuasive.

Many advocates of pseudonymity contend that the author of Ephesians edited Colossians as a literary source in the composition of Ephesians. In an important article on this topic, Ernest Best (who does not think that Paul wrote Ephesians) has amply demonstrated that there are insuperable difficulties in assuming that one writer used the letter of the other.

Looking at each of the disputed passages, Best shows that there are alternative suggestions that make as much sense as postulating literary dependence, namely:

He also notes that “if one author copied the other it is impossible to say which was the copier.”

In other words, Best continues, “the simple theory that one letter was known by the author of the other fails to account for the facts.”

7. The evidence from Judaism and early church history casts doubt over the acceptability of pseudepigraphical letter writing in Christian circles.

While there are a variety of Second Temple Jewish documents that could accurately be described as pseudepigraphical (e.g., 1 Enoch, Psalms of Solomon, Testaments of the Twelve Patriarchs), there are no clear examples of pseudepigraphical letters within Judaism. This is a significant observation because it means that there is no literary precedent within Judaism for such an activity.

When we look at the testimony of early church leaders, we find a significant concern to discern any documents falsely attributed to biblical authors. When, for instance, Serapion, the bishop of Antioch (c. AD 200), assesses the so-called Gospel of Peter (a second-century apocryphal gospel composed in Syria), he states: “We my brothers, receive Peter and all the apostles as we receive Christ, but the writings falsely attributed (τὰ δὲ ὀνόματι αὐτῶν ψευδεπίγραφα) to them we are experienced enough to reject, knowing that nothing of the sort has been handed down to us.”

This passage makes it clear that some people were writing books and passing them on as genuine, but it was important to the church to detect these and expose them.

An additional important example can be drawn from Tertullian (AD 160 – 225). He describes a case in late second-century Asia Minor where church leaders discovered that a document circulating as the Acts of Paul (which contained the Acts of Paul and Thecla and a somewhat popular letter purporting to be from Paul called 3 Corinthians) was a pseudepigraphon. When they found out that the author was an elder of one of the Asia Minor churches, he was confronted and removed from his office. This act of church discipline was carried out in spite of his protest that “he had done it from love of Paul.”

This case is particularly significant because many contemporary advocates of a pseudepigraphical Ephesians claim that it was composed by a follower of Paul who not only esteemed the teaching of the apostle, but wanted to pass it on and apply it to a new generation.

In summary, there are many good reasons to stand with the testimony of the church over the first 1,700 years and affirm the Pauline authorship of Ephesians.

Learn more about Ephesians in Clinton E. Arnold’s video lectures. Get the DVD, or stream on MasterLectures or Amazon Prime Video. You can also watch the first lecture FREE on MasterLectures. 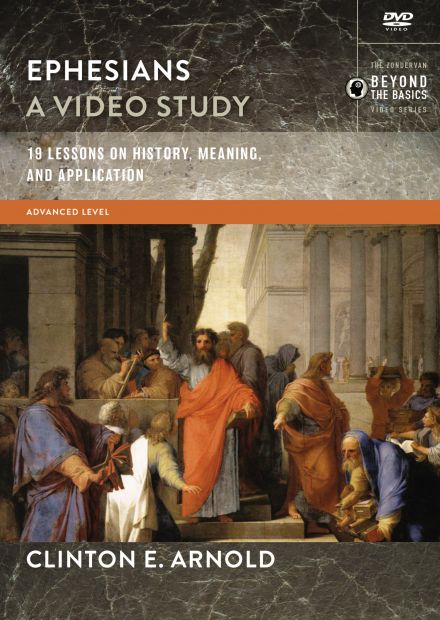 Ephesians, A Video Study Clinton E. Arnold
New Testament scholar Clinton Arnold uses the historical, theological, and literary elements of Paul's letters to guide his interpretation of this early Christi...
DVD
Not Available Request an Exam Copy
Next Post
Are you thankful for someone’s faithfulness under trial? (2 Tim 1:3–5) - Mondays with Mounce 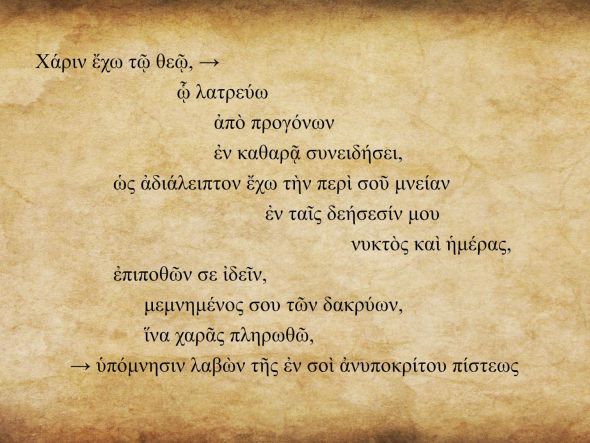 Are you thankful for someone’s faithfulness under trial? (2 Tim 1:3–5) - Mondays with Mounce 2 Tim 1:3–5 is one long Greek sentence, and it illustrates the dangers of breaking up a long Greek sentence into shorter...
Related Posts
Who was Paul? His early life, and why it matters When you think of Paul, what comes to mind? For as much as Paul wrote, and as influential as he was, there is still much we don’t know about Paul. Paul describes his own life in Philippi...
ZA Blog October 12, 2016
Your form could not be submitted. Please check errors and resubmit.