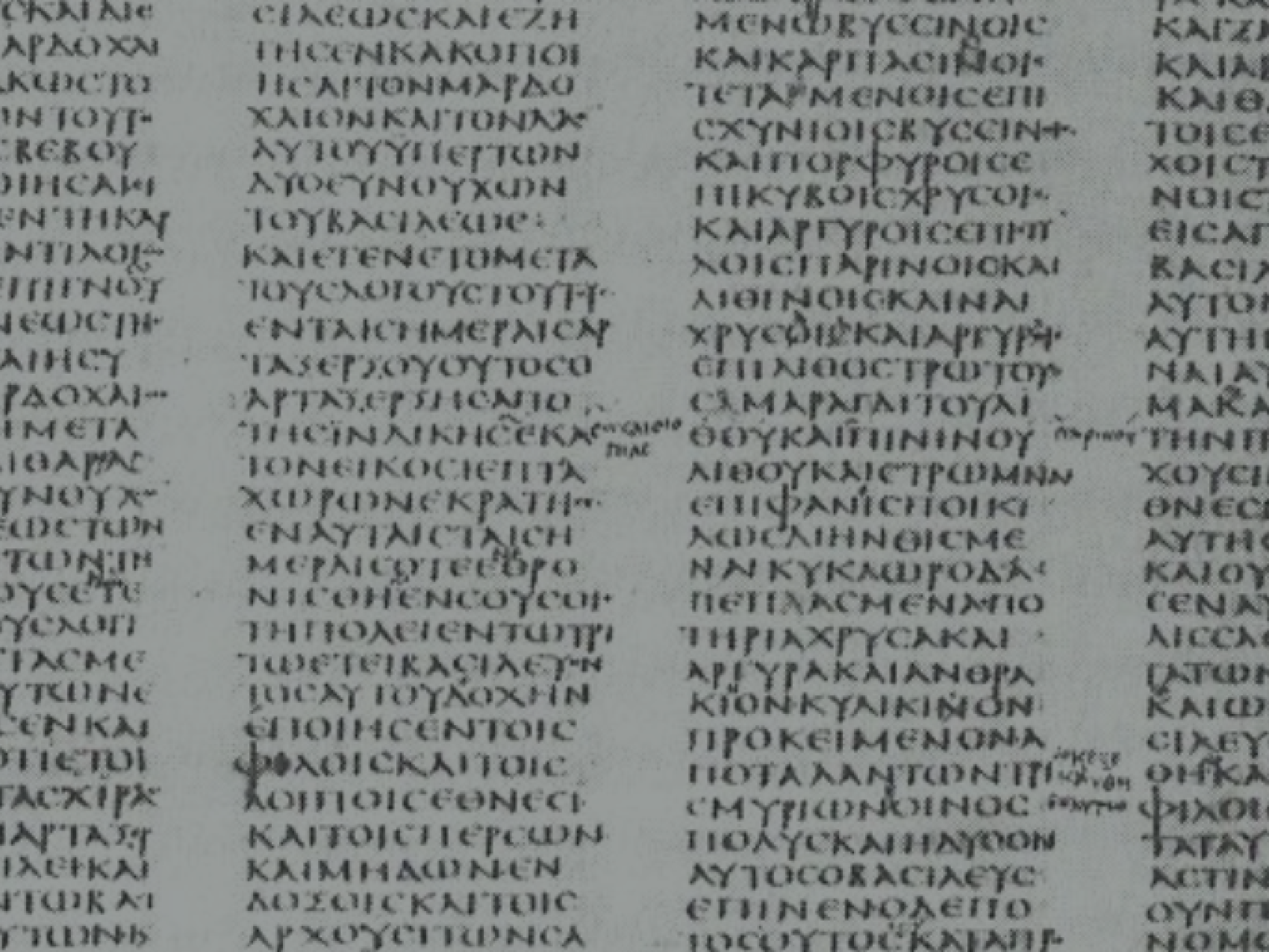 In this video, Daniel B. Wallace, Executive Director of The Center for the Study of New Testament Manuscripts, explains why you can still trust the text of the New Testament despite it having so many textual variants.

The early church was far more concerned to get the Gospel out then they were to do exact copying of the New Testament. That is a blessing, because you get copies that are not through just one stream; lots of people all over the place are making these copies.

For example, here's a man who lives in Corinth. He's going to be visiting Rome, and he says, "Hey, I heard Paul wrote a letter to you guys too. I want to write that out. Do you mind if I copy it when I get there?" "Sure that's no problem."

This happened, I'm sure, dozens and dozens of times. Those manuscripts would have lasted as much as 80, 90 years but would have fallen apart from all these copies being made.

So we don't have the originals. They disappeared, and all the copies that we have disagree with each other. Sometimes it's quite a few disagreements. We have hundreds of thousands of textual variants among our manuscripts.

Did the scribes corrupt the text of the New Testament?

A question to ask here is how badly did the scribes corrupt the New Testament? It's absolutely proven that they did. No two manuscripts are alike, so unless one of them is pristine, every single scribe made mistakes.

Because the original manuscripts disappeared, and because no two copies agree with each other completely, we must do textual criticism. We can't just rely on one manuscript, because it’s imperfect. Scholars reconstruct the text on that basis.

What about the one fifth of one percent of the variants? Those are the ones that scholars talk about and disagree over.

The bottom line is it does not matter, in some respects, which New Testament you use, because no essential doctrine is jeopardized by any of these textual variants.

Even Bart Ehrman who wrote Misquoting Jesus can say the same thing.

At the same time, we want to know what the original text said. The great majority of scholars have very few disagreements over these passages. For example, most scholars would say the long ending of Mark's gospel; Mark 16:9-20 is almost surely not authentic, and they still put it in their Bibles, typically smaller print or in brackets, footnote, the oldest authorities don't have this.

In short, there's a wide consensus on the vast majority of textual variants. And there is no essential doctrine that's jeopardized by any of these textual variants.  That is extremely comforting. It's very important to know that.