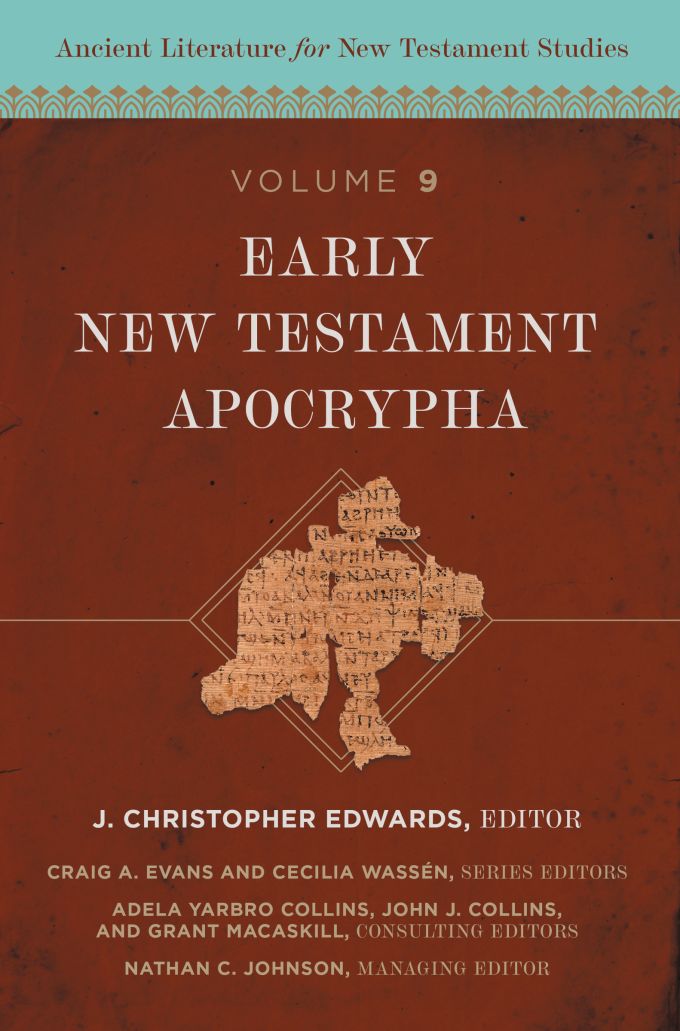 Broaden the scope of your New Testament studies with this introduction to early Christian apocryphal literature.

To understand the New Testament well, it is important to study the larger world surrounding it, and one of the primary avenues for this exploration is through reading related ancient texts. But this task is daunting for scholars and novices alike given the sheer size of the ancient literary corpora. The Ancient Literature for New Testament Studies series aims to bridge this gap by introducing the key ancient texts that form the cultural, historical, and literary context for the study of the New Testament.

Early New Testament Apocrypha offers an entry point into the corpus of early Christian apocryphal literature through twenty-eight texts or groups of texts. While the majority of the texts fall within the first four centuries CE, and therefore are useful for uncovering the earliest interpretations assigned to the New Testament, select later texts serve as reminders of how the meanings of New Testament texts continued to develop in subsequent centuries. Each essay covers introductory matters, a summary of content, interpretive issues, key passages for New Testament studies and their significance, and a select bibliography.

Whether you are a scholar looking to familiarize yourself with a new corpus of texts or a novice seeking to undertake a serious contextualized study of the New Testament, this is an ideal reference work for you.

Essays and contributors include:

Ancient Literature for New Testament Studies is a 10-volume series that introduces key ancient texts that form the cultural, historical, and literary context for the study of the New Testament.

Each volume features introductory essays to the corpus, followed by articles on the relevant texts. Each article will address introductory matters, provenance, summary of content, interpretive issues, key passages for New Testament studies and their significance, and a select bibliography.

Neither too technical to be used by students nor too thin on interpretive information to be useful for serious study of the New Testament, this series provides a much-needed resource for understanding the New Testament in its Jewish, Greco-Roman, and early Christian contexts. Produced by an international team of leading experts in each corpus, Ancient Literature for New Testament Studies stands to become the standard resource for both scholars and students.