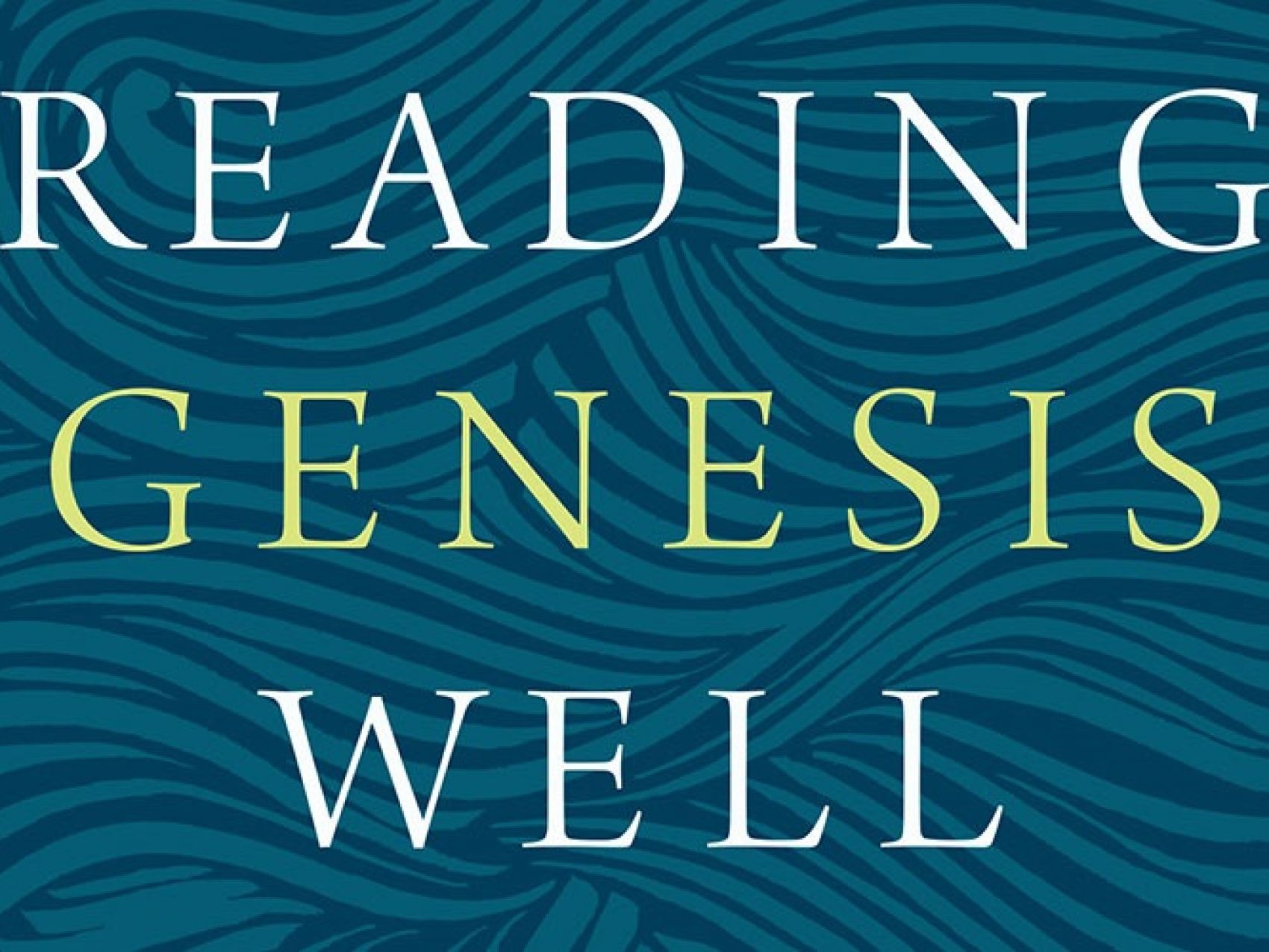 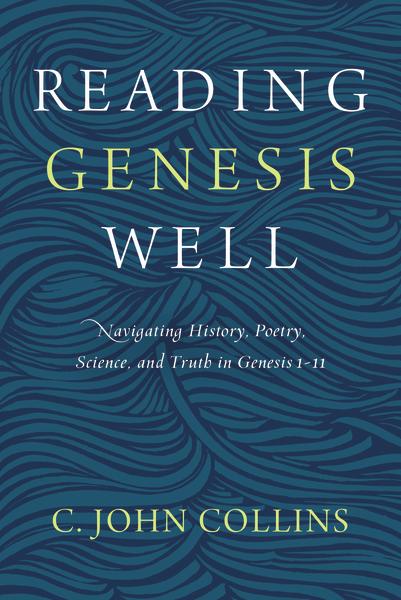 Reading Genesis Well answers these questions and more. In this book Old Testament scholar C. John Collins  develops a rigorous approach to interpreting the parts of the Bible that figure in contemporary discussions of science and faith. Collins’ approach appropriates literary and linguistic insights from C. S. Lewis, and adds perspectives from modern linguistics (including lexical semantics, discourse analysis, and sociolinguistics).

Collins’ work will help you better navigate conversations about Genesis, science, and biblical faith. This book will help you evaluate different views of Genesis and become more deeply informed about how history, poetry, science and truth in Genesis 1-11 should shape our beliefs, worldview, and life today.

Early on in Reading Genesis Well, Collins writes that he takes it as a given the Bible authors "would have said that they were aiming to tell the truth about the story—and that is what the faithful have always thought the authors achieved" (89).

However, Collins adds we need to be careful to hear the truth the authors are saying, rather than what we want them to say. He offers many insights into what it means to say Genesis 1–11 speaks truly, but here is a summary of six insights that will both help you see the strengths of Collins' approach, and help you read Genesis well.

1) We make inferences when interpreting an ancient text

After offering a clear explanation of how communication works, Collins explains the challenge we face when interpreting any ancient text. Given we no longer have access to either the author or the original audience of an ancient text, “often we must infer the features of that shared world . . . when the text does not state them explicitly or reflect upon them” (90–91).

In the case of Genesis 1–11, we make inferences “when the text speaks of physical components of that world, such as animals and landscape—hence researchers have supplied critical discussions in natural history or historical geography to discern the assumed referents of various Bible words and phrases” (91). The important point here is that we all make inferences when interpreting ancient texts.

2) We must test our inferences

Collins asks, “How can we test whether these features we infer, especially the ideological ones, actually were a part of the assumed shared world?” (91).

He contends that the most important test “is the degree to which it helps us to make sense of the biblical texts we are studying” (91). Collins offers guidance on this test in his book. For one thing, “we should look for any texts that might make the ideas more explicit. If the idea seems to be widely spread, underlying a variety of different passages, that makes it even more compelling” (91).

Another test is the livability test: “we expect that our proposed inferred feature can actually be lived by real people” (91).

3) Is the act of communication in good faith?

We now reach a key question concerning communication and Genesis 1–11: “Under what circumstances may we say that an author asserts that part of his world picture is (in some sense) true?” To begin with, Collins assumes something called a “good-faith act of communication” on the part of the biblical authors. Collins explains that an act of communication will be in good faith, or will be deceptive:

4) A worldview is not a world picture

We mentioned “world pictures” above, and Collins makes a helpful distinction between world pictures and worldviews:

The world picture is just what the name implies: what one imagines to be the shape of the world and the things in it, such as how large the earth is, what shape it has . . . The worldview, as I have used the term, is one’s basic dispositional stance toward the world, such as whether it came from God or exists on its own . . . The worldview is intended to be normative and to transcend culture and time period, while the world picture need not do so. (94; emph. added)

So the author and audience of the Bible will generally share a world picture, writes Collins, and that shared picture will in turn shape their worldview. However, when it comes to Genesis 1–11, “Part of our concern will be, especially in cases where we do not share the same picture due to new knowledge, the extent to which a good-faith communication is tied to the specific world picture” (94–95). Collins suggests that while the world picture may change, the worldview does not necessarily change with it.

“Often when a person claims to be literal,” argues Collins, “he is really advocating a kind of literalism…” (96–97) When a reader assumes literalism from a writer or speaker, the reader “assumes a straightforward relationship between how the speaker or author conceives things to be, how he represents things in his text, and what he is actually affirming and asking his audience to accept” (97).

Collins finds this problematic, because “From a linguistic point of view, literalism focuses on the locution in the narrowest way, without attending to how it serves the illocution” (97). He offers an example of a man who testified that there was a solid “wall of flame” behind him while describing a disastrous fire—a fire which scientifically speaking was actually composed of many smaller fires. Although the man was speaking figuratively, he was also speaking truly. For, as Collins explains, “the commitment that [the man] was seeking from his audience was to the picture of the fire and not to its physics” (97).

6) For the sake of argument: the mustard seed and arguendo

A further complication is the rhetorical concession of arguendo, which we should at least consider when interpreting Genesis 1-11. Arguendo “allows premises to be provisionally accepted for the sake of the argument without agreeing that the premises are actually valid” (100). This device is most clearly seen in Mark 4:31, in which Jesus suggests the mustard seed is “the smallest of all the seeds on earth” in order to make a larger rhetorical point. The truth of the matter, however, is that the orchid seed is the smallest. But does it matter? Not for Jesus’ argument.

Collins explains, “we may conclude that the mustard seed is the smallest of all the seeds that are relevant to this conversation . . . the disciples and early Christians would not have confused the parable’s details as a lesson in botany; their attention would have gone elsewhere” (100–101). The meaning of Jesus’ saying was the interaction of the locution with the shared knowledge of the world. “To take [Jesus’ remark] in the realm of natural history is a failure to cooperate with the text due to a failure to appreciate the conventional nature of the locution. We have not been asked to accept a particular theory of plant science (101).”

This article barely scratches the surface of C. John Collins’ book. Reading Genesis Well is “an intelligent and well-informed discussion about reading the Bible sensibly and sensitively,” writes Kristen Birkett of Oak Hill Theological College. Kevin. J. Vanhoozer of Trinity Evangelical Divinity School adds, “It's important for reading the rest of Scripture to get the beginning right, and Collins here provides the resources for doing just that.”

Add this vital resource to your library in order to deepen your understanding of how to navigate the history, poetry, science, and truth in Genesis 1–11, and how this text should shape our life and beliefs today.

Jeremy Bouma
Jeremy Bouma (Th.M.) has pastored on Capitol Hill and with the Evangelical Covenant Church in Michigan. He founded THEOKLESIA, which connects the 21st century Church to the vintage Christian faith; holds a Master of Theology in historical theology; and makes the vintage faith relevant at jeremybouma.com.
Next Post
How Should Biblical Morality Shape Immigration, Refugee, and Border Policy? 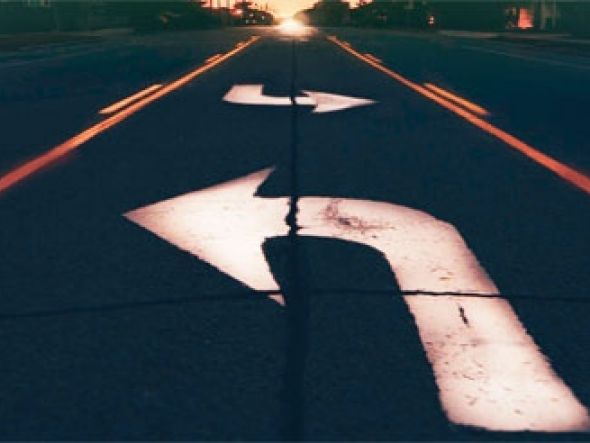 How Should Biblical Morality Shape Immigration, Refugee, and Border Policy? One of the more controversial issues of our day—both in the US and abroad, both political and moral—is how a nation shou...
Your form could not be submitted. Please check errors and resubmit.