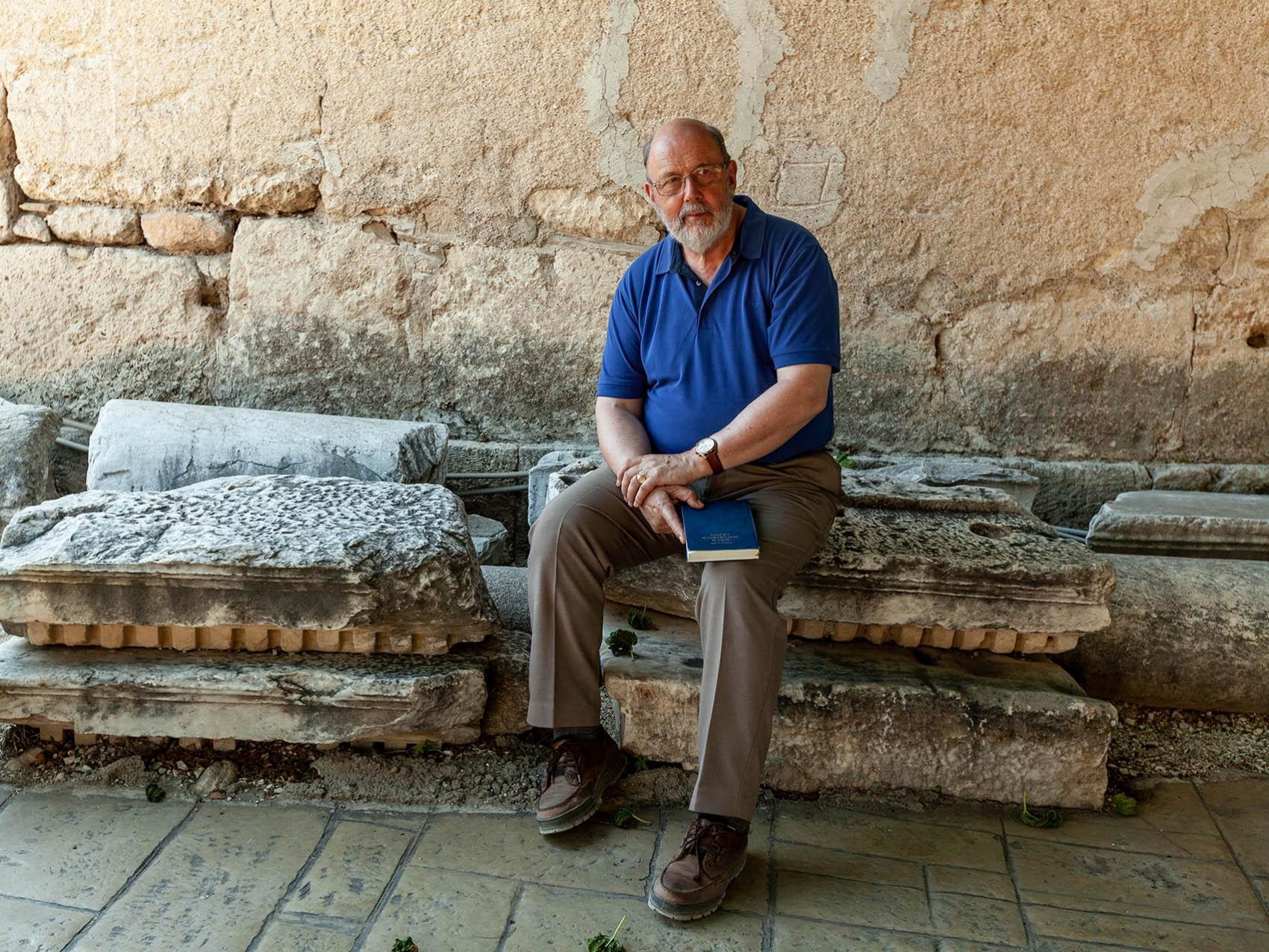 What did the first Christians think of Jesus? Did they believe he was God, or was that a later development? What did "Son of God" mean to early Christians? Hear scholar N. T. Wright's answers below and then learn more in his book The New Testament in Its World.

One of the most extraordinary revolutions in the whole history of human thought is the way in which the early Christians talked about God in relation to Jesus, and Jesus in relation to God.

It used to be supposed that the early Christians started off with the idea of Jesus just as a human being⁠—a wonderful teacher, quite possibly the Jewish Messiah—and that it was only later, when the good news went out into the non-Jewish world (away from monotheism), that people started putting Jesus and God together.

So, a hundred years or so ago, people used to talk about theories to do with the ancient cults in the Greco-Roman world, which would hail some divinity as Lord, Kyrios. People said the Christians went out and they got this idea of lordship, and they ascribed that to Jesus. Or they saw on their coins that Caesar was called the Son of God, and Christians took that and applied it to Jesus.

But more recently, over the last 40 or 50 years, scholars have come round to a very different view. The phrase "Son of God," for instance, comes from the Psalms and from other passages in the Old Testament, where Israel is called God's Son, and in particular the Messiah is called God's Son. And it looks as though from very early on, the Christians use that phrase, Son of God, partly because Jesus himself had addressed God as Abba, Father, but also because it was a natural way to say something huge which was looming up right from the start, but for which to begin with, they didn't have really good language—just as today, we don't have really good language to say some of the most important things that we want to say about God and Jesus.

But as we find in a passage like Philippians 2 or Colossians 1, there are great poems which we see in the letters of the New Testament—which look as though they are not . . . already-existing ideas turned into a sort of poetry, but [may be examples of] poetry as the only way you can say some of the things that really matter—where you find that you can say two or three or four ideas at the same time.

For instance, in Philippians 2, we find Paul saying that Jesus was in the form of God, and did not regard his equality with God as something to exploit, but emptied himself, and went all the way to the cross so that God has exalted him and given him the name above every name—that every tongue should confess that Jesus the Messiah is Lord. And what people don't often realize is that Paul is there quoting from a passage in the Old Testament, from Isaiah 45 in which it says that Israel's God is the only one, the absolute God. And to him and him alone, every knee shall bow and every tongue shall swear.

Paul has taken one of the passages which says there is only one God and has included Jesus within that unity of the one God. An extraordinary, revolutionary idea. Where did that come from?

Or take a passage like first Corinthians chapter eight verses one to six, but particularly six, where Paul takes the prayer of Jewish monotheism. "Here O Israel, the Lord our God. The Lord is one." And he opens that prayer up to say that for us there is one God the Father and one Lord Jesus the Messiah, and somehow, again, he is discovering the person of Jesus within the unity of being of the one God.

Why would Paul say something like that? Not because he is abandoning Judaism or monotheism, but because he's saying that the one God of Israel has done something so radically new and yet so much in keeping with what he had always said He would do, that the only way of expressing it is through poetry and prayer in which we see this unity opening up to include Jesus within it.

What seems to have happened is something like this: the early Christians, as we know, came from the Jewish world within which many people were expecting Israel's God to come back at last in person, and in power, and in glory. To come back, to dwell in the Temple, in radiant splendor, and particularly to rescue his people. And what seems to have happened is that the very early Christians, looking at the events of Jesus' death and resurrection on the one hand, and of the giving of the Spirit and the leading of the Holy Spirit on the other, found themselves telling those ancient stories of what Israel's God had promised to do—and discovering that the only way they could say that He'd done it was by telling the stories about Jesus and the Spirit.

So, what we find in the very earliest days of Christian faith is that they were telling the story about God as the story about Jesus, and telling the story of God as the story of the Holy Spirit. And yes, they borrowed all kinds of language: they picked up language from the Bible, from the uses like "Son of God." And they maybe picked up other things from the surrounding culture, including the idea of the wisdom of God, which God used to make the world, in which he then sent into the world to rescue and reshape it. And [early Christians] fused all these together in a mixture of poetry and prayer and theological reflections, so that though it was four centuries later that doctrines like the Trinity were hammered out in terms of Greek philosophical concepts, the idea that there was one God who was now made known in and as Jesus and the Spirit was there right from the beginning.

Learn more and order The New Testament in Its World by  N. T. Wright and Michael F. Bird at NewTestamentWorld.com. 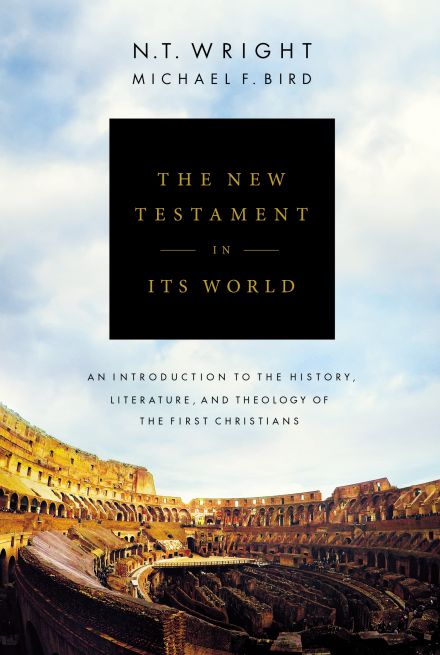 The New Testament in Its World N. T. Wright
Two of today's most prolific evangelical New Testament scholars have now combined their expertise to produce an amazing volume: part introduction and survey, pa...
Hardcover, Cloth
Not Available Request an Exam Copy
Next Post
Was Moses Exposed, Abandoned, or Thrown Out? — Mondays with Mounce 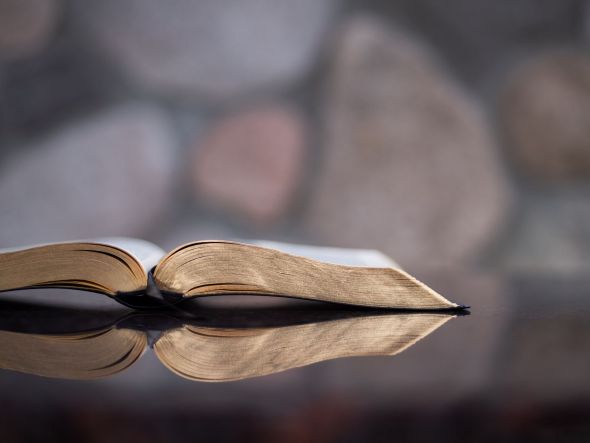 Was Moses Exposed, Abandoned, or Thrown Out? — Mondays with Mounce Dynamic equivalent translations are not overly concerned with concordance, i.e., translating the same Greek word with th...
Related Posts 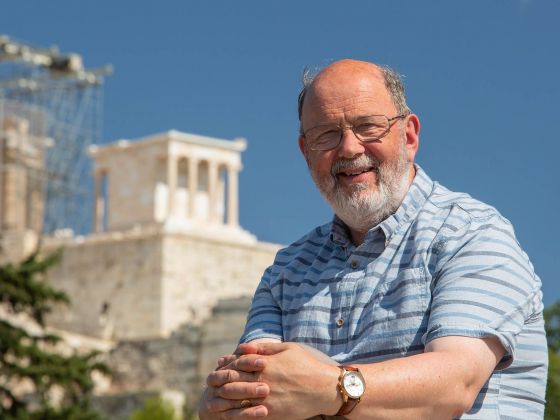 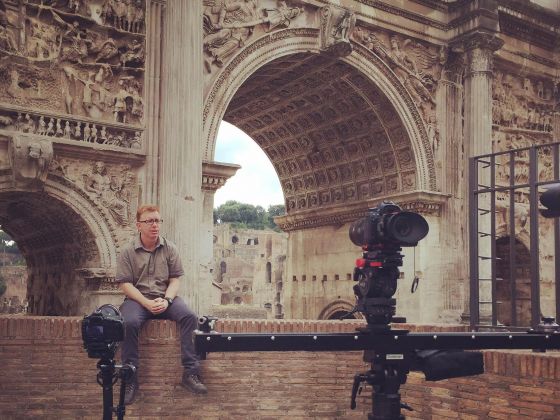