How Did We Get the Old Testament? 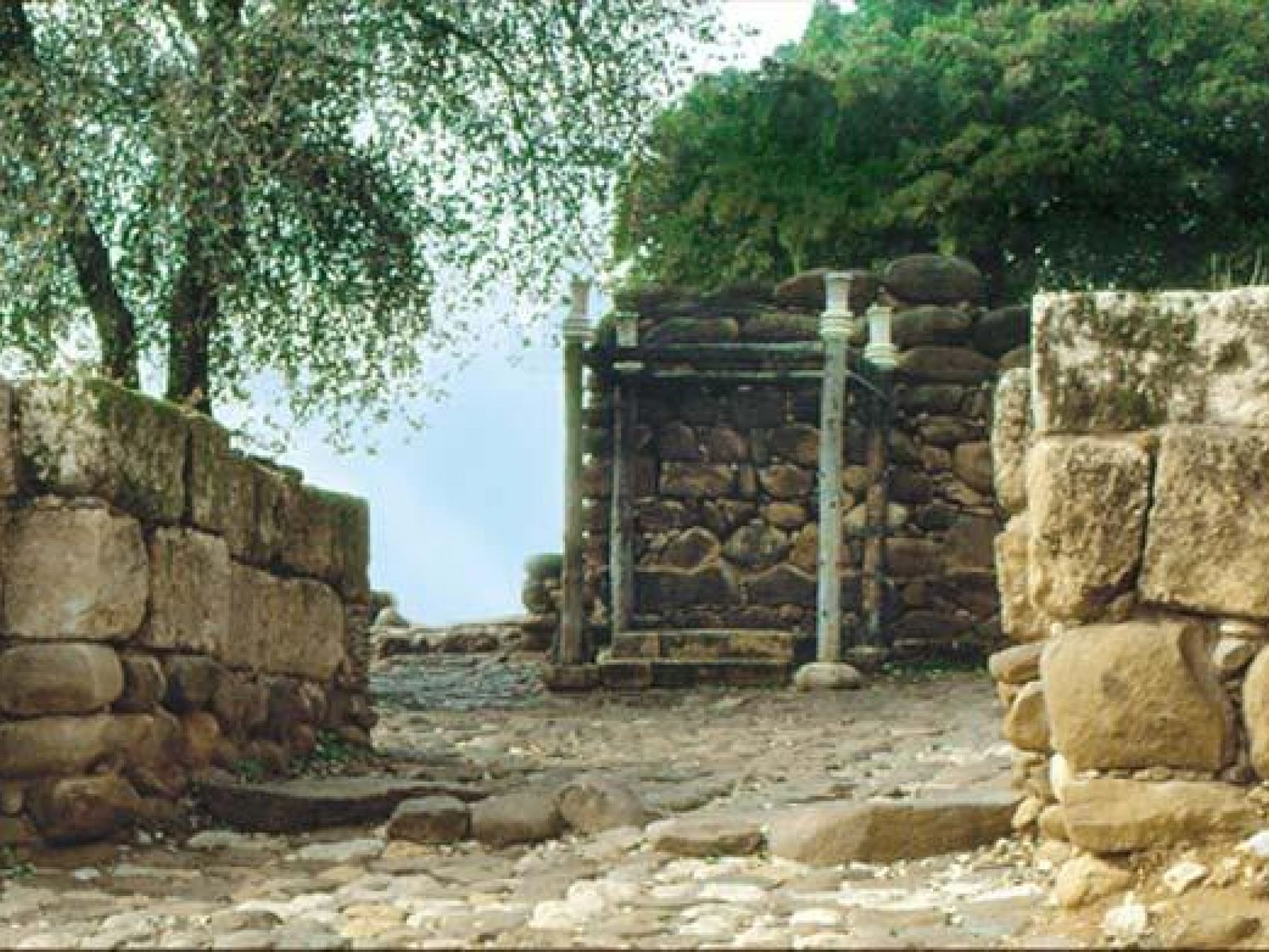 The Old Testament is thousands of years old, and contains accounts stretching back to the beginning of time. This ancient collection of books provides the foundation of both Judaism and Christianity.

So where did it come from? How did these age-old traditions, stories, and commandments make their way to modern times? These are important questions.

John Walton and Andrew Hill answer these questions in their Old Testament Survey online course. The following post is adapted from their unit on the background, history, archaeology, and formation of the Old Testament.

When was the Old Testament written—and who wrote it?

As a collection of works, the Old Testament was composed over many years by numerous authors. The texts that comprise the Old Testament are believed to have been written over a thousand-year period roughly spanning the mid-second to the mid-first millennium BC.

While the New Testament understands God to be the author of the Old Testament—by inspiration of the Holy Spirit (2 Timothy 3:16)—at least forty different writers have been identified as authors.

Among these ancient scribes are well-known biblical personalities like Moses, David, and Solomon. Lesser-known authors include Hebrew women such as Deborah (Judges 5:1) and Miriam (Exodus 15:20 – 21), and non-Hebrews such as Agur and Lemuel (Proverbs 30:1, 31:1).

How was the Old Testament written?

People in the ancient Near East used a variety of materials as writing surfaces. Monumental inscriptions were preserved on rock walls and stone slabs. The Rosetta Stone and the Moabite Stone are well-known examples of documents carved in solid rock. The Old Testament indicates that the Ten Commandments were carved in “tables of stone” (Exodus 32:15–16) and that later Joshua wrote a copy of the Law of Moses in stone (Joshua 8:32).

Other ancient writing materials included clay and wooden tablets (see Isaiah 30:8, Habakkuk 2:2), papyrus manuscripts and scrolls (see Job 8:11, Isaiah 18:2), and parchment made from tanned animal skins. The scroll of Jeremiah burned by King Jehoiakim may have been papyrus or parchment (see Jeremiah 36:2). Ostraca—broken pieces of pottery—were commonly used as an inexpensive writing material throughout the ancient Near East, but they aren’t mentioned in the Old Testament. Beaten metal scrolls were occasionally used for special purposes. (A copper scroll was found among the writings left in caves along the Dead Sea by the Qumran community.)

The Old Testament makes no mention of the ink used for writing on scrolls, but it does list some of the other materials the authors used:

The challenge of hand-copying texts in the ancient world placed a premium on hearing, memorizing, and publicly reading documents—hence the emphasis on “hearing” the word of the Lord in the Old Testament. Written works were often spread through servants, like message runners, heralds, and scribes (see 2 Samuel 18:19–23 and Daniel 3:4).

Over the centuries, the Old Testament has been copied and translated countless times. There are literally thousands of copies available in different languages from various time periods. Naturally, the extended hand-copying process created errors of transmission. These human errors of sight, hearing, writing, memory, and judgment are called variants or variant readings of the text. The science of comparing these variants is called textual criticism.

Sometimes referred to as “lower biblical criticism,” the goal of textual criticism is to sort through the various versions of the Old Testament and get as close to the original as possible. The practice or methodology of textual criticism includes gathering, sorting, and evaluating the variant readings of a given verse or passage of Scripture. The available manuscript data is then rated to select the most appropriate reading of the text in question based on the available data. (The margin notes in modern English Bibles in 1 Samuel 13:1 are an example of where textual criticism was applied to restore the number indicating the length of King Saul’s reign).

Some suggest that textual variants in the Old Testament manuscripts are evidence against the integrity and veracity of the Bible. But given its antiquity, the Old Testament exhibits a remarkable state of preservation. This is due in part to the meticulous copying procedures of the Hebrew and Christian scribes, the early and wide distribution of biblical manuscripts, and the reverence for and commitment to the Bible as “inspired Word of God” by Hebrews and Christians alike. Equally important was the work of the Holy Spirit who inspired the human writers, illumined the readers, and oversaw the canonization process.

How did people decide what belonged in the Old Testament?

We don’t know a lot about the exact process that resulted in a fixed Hebrew canon. Unfortunately, we have no ancient documents from the scribes detailing the various steps of the procedure that culminated in a Hebrew Bible. Two things do seem certain:

The limited data we have fits with a generic outline of canon formation. But first, what’s a canon?

What does “Canon” mean?

The word canon isn’t found in the Bible, but the root word occurs in 1 Kings 14:15 and Job 40:21. Originally qāneh meant a “reed” or “stalk” of papyrus, oil-grass, or sweet cane. Since reeds were used as measuring rods or ruling sticks for making straight lines, “canon” came to mean “measure” or “measuring reed.”

The term canon was first used as a theological expression in reference to the Holy Scriptures by Athanasius, bishop of Alexandria, in his Easter letter to the churches in which he outlined the contents of the New Testament canon (around AD 367).

When applied to the Hebrew Scriptures, “canon” implies that the individual books of the Old Testament were believed to have been divinely inspired and recognized as “word of God.” The canon was a collection of books of Scripture deemed supremely authoritative for faith and religious practice by the Hebrew community, and became the standard by which later books of Hebrew history, tradition, and religious teaching were evaluated.

In most cases, God’s revelation to the Hebrew people (and others) was initially conveyed orally. (Note the messenger formulas along the line of “this is what the Sovereign Lord says,” and “hear the word of the Lord” in the Old Testament, such as in Isaiah 1:10 and Ezekiel 5:5.) These authoritative utterances were then passed to succeeding generations as the “word of the Lord” in the form of received oral tradition (see Genesis 48:1–7).

At some point these divinely inspired words, sayings, and speeches were recorded and preserved for the Hebrew community in written form. On occasion the authoritative utterance and the writing or inscripturating of the pronouncement occurred almost simultaneously (such as the Book of the Law in Exodus 24:3 [see Joshua 1:8] and Jeremiah’s oracle to King Jehoiakim, Jeremiah 36). In other instances, the documentation of divine revelation took place some time after the historical event or circumstance prompting the word of the Lord. Often times that event or circumstance is provided as part of the context for God’s communication to Israel (such as in Exodus 15:1, Joshua 8:32, and Judges 5:1).

A millennium of Hebrew history is recorded in the Old Testament, which indicates the canonization process likely took a long time. (For example, it’s apparent that the Psalms alone came together over a period of five hundred years!) It’s also believed that these texts were rather comprehensive. Numerous ancient sources cited in the Old Testament remain unknown to modern scholarship (such as the Book of the Wars of the Lord, referenced in Numbers 21:14, and the Book of Jashar, referenced in Joshua 10:13).

Assembling the written records of the Hebrew experience with Yahweh into anthologies and books was partially a matter of convenience for the Israelite community, since it permitted easy access to documents and ensured their continued preservation. More importantly though, it signified the value, prominence, and authority of the writings collected for the religious life of the community. These books demanded special attention.

We don’t know the details of how ancient Hebrews sorted through documents, but we can discern the basic criteria they applied to these documents for the purpose of “sorting” and delineating canon. Over the course of Israelite history, the Holy Spirit guided Hebrew religious leaders to make consensus choices, which eventually resulted in a Hebrew canon of Scripture.

The Hebrews apparently had a “fixed” (or established) canon of Scripture well before the time of Jesus Christ. The prologue to the Apocryphal Wisdom of Jesus Ben Sirach, or Ecclesiasticus, refers to a threefold collection of “great teaching” including the Law, the Prophets, and the Other Books of Our Fathers (around 200 BC). Jesus himself appealed to a threefold Hebrew canon consisting of the Law of Moses, the Prophets, and the Psalms (Luke 24:44).

It seems that there were at least four key periods during Old Testament history when sorting documents and fixing a canon would’ve been crucial for the Hebrew religious community:

Unlike the New Testament, which emphasized apostolic authorship as the basis for canonicity, there seems to have been several factors to determine the Old Testament canon:

The text had to be divinely inspired. In many cases, the leaders of the religious community recognized a text’s authority through illumination by the Holy Spirit—such as the direct manifestation of the Spirit of God in the case of Moses and the seventy prophets in Numbers 11:16–30, and the fulfillment of the divine word, as in Jeremiah 28:9 and 44:28.

Authorship was also a key factor in evaluating books for canonicity. Most writers of the books in the Hebrew canon held divinely appointed offices such as lawgiver, judge, prophet, priest, and king.

The content of the individual books was examined for internal consistency. The teaching, themes, and message of each text had to be consistent with the covenant recorded in the other books that were recognized as “word of the Lord.”

The documents the Hebrew religious community actually used influenced canon selection. The books that the Israelites read, studied, copied, and obeyed came to be recognized as canon.

In the final analysis, we have to assume the same Holy Spirit who inspired the human authors to write the books also superintended the Hebrew leaders during the canon selection process.

For thousands of years, the Old Testament has largely remained true to its original form. While we don’t know exactly how the original Hebrew books were selected, we have every reason to believe that the decisions were guided by the same Holy Spirit who inspired the dozens of Old Testament authors. Together, these written works represent a body of oral history that the ancient Hebrews relied upon, lived out, and remembered daily. 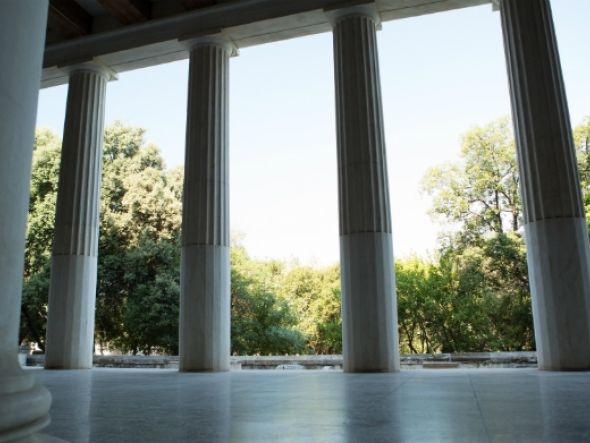 Guide to the Attributes of God Between the things God says and does, what other people say about him, and the life of Jesus, the Bible gives us numerou...
Your form could not be submitted. Please check errors and resubmit.