What the Bible Says About Predestination

In any conversation about predestination, election, and God’s will in the act of salvation, two verses from Romans 8 are usually cited:

For those God foreknew he also predestined to be conformed to the image of his Son, that he might be the firstborn among many brothers and sisters. And those he predestined, he also called; those he called, he also justified; those he justified, he also glorified. (Romans 8:29–30)

These two verses are some of the most scrutinized in the Bible, so let’s take a moment to unpack them in more detail to see what they tell us about predestination.

See what Douglas Moo says about Paul's understanding of predestination: What does it mean that God foreknew?

God has instituted a series of actions that create, sustain, and bring his people to glory. The first action—“God foreknew”—is the most controversial.

The Greek verb behind “to foreknow” generally means to know something ahead of time. Some interpreters insist it must therefore mean that here as well.

God “knew something” about us ahead of time, and on that basis, he “predestined” us. Usually what God is thought to have known is that a certain person will respond positively to the gospel and believe.

But the biblical use of “know” and “foreknow” creates a different picture.

In Scripture God’s knowing often refers to his entering into relationship with someone.

In Amos 3:2, we read: “You only have I known [NIV: “chosen”] of all the families of the earth.” God knows everything about every family on earth, but Israel alone has he entered into relationship with.

This is probably the meaning the verb has here in Romans 8 as well.

What is the definition of predestination?

What Paul is saying, then, is that God’s plan for us began in a decision to enter into relationship with us. This led, in turn, to his decision to “predestine” us.

As the English verb suggests, this word (proorizo) simply means to direct a person to a particular goal.

Paul spells out the goal: “to be conformed to the likeness of his Son.”

The last stage of Christian existence is to be “conformed” to Christ’s own glorious body (see Phil. 3:21). God enters into relationship with us so that we may attain that goal.

Paul’s reference to conformity to Christ as the goal of predestination interrupts his sequence of verbs.

In verse 30 he continues the sequence, beginning where he left off, with predestination. “Calling” is not a general gospel invitation. It is God’s effective summoning of us into relationship with himself through Christ (see 1:7). After setting us on the road to the goal of conformity to Christ, God in his grace and by his Spirit reaches out and brings us into his own people. He then “justifies” us, that is, declares us innocent before him (see chs. 1–4).

Finally, as the capstone to this series, he “glorifies” that person.

This verb is in the same tense (aorist) as all the other verbs in this sequence, a tense that often (though not always) refers to action in the past. Why Paul uses that tense here for a verb whose action is yet future is not clear. Probably the best explanation is that he is viewing matters from God’s perspective. God has already made the decision to glorify all those whom he has justified.

This sequence of verbs is a famous debating ground over issues of soteriology—election, predestination, eternal security.

God has a plan, Paul says. That plan begins with his foreknowing us, and then leads to his predestining, calling, justifying, and finally glorifying us.

This series of God’s actions—foreknowing, predestining, calling, justifying, and glorifying—has been the focus of a lot of theological debate over the years. We cannot really apply the verses until we understand just what the theology is here.

Calvinist theologians think these verses provide evidence for two characteristic teachings in that view of salvation: that becoming a Christian is ultimately rooted in God’s free choice, and that those whom God chooses and then become his people will always be saved in the last day.

Calvinists insist that the verb “foreknow” means “choose beforehand.” Thus, the whole process by which God brings people into relationship with himself starts with him. He chooses, and because he does so, we believe and thus are justified.

They also argue that the series of verbs in verses 29–30 is an unbreakable chain. All whom God chooses and then justifies he will also glorify. There can be no change or variation: Every justified believer will be saved in the end.

One can easily see how Calvinists can use these verses to support their distinctive view of salvation.

But how would Arminians respond?

First of all, the Arminian theologian insists on viewing these verses in light of the whole picture.

Throughout Romans, Paul has proclaimed that believing in Jesus Christ is the way to be saved, and believing is a real choice that human beings must make. Thus, the whole process cannot simply be predetermined.

Arminians also note that the Calvinist interpretation of 8:29–30 rests on three key decisions:

Dig deep into the book of Romans

What about double predestination?

If the idea of God’s unconditional election to salvation stirs controversy, imagine the level of reaction against the idea that God might also choose to send people to hell on the basis of his own sovereign decision. Yet we cannot avoid considering whether, indeed, Paul teaches this “dark side” of election, for three key texts in Romans 9:6–23 seem to suggest this idea:

Before we conclude that the two acts are completely parallel, one factor must be considered.

Paul teaches that all people are involved in Adam’s sin and are therefore under a sentence of death because of their sin (Rom. 5:12–21). God’s decision to destine some people to wrath comes, we believe, after (in a logical sense) that sin. God’s “hardening,” then, does not cause spiritual insensitivity; it maintains people in the state of sin that they have already chosen.

When God chooses people to be saved, he acts out of pure grace, granting a blessing to people who in no way deserve it. But when he destines people to wrath, he sentences them to the fate they have already chosen for themselves.

It is perhaps for just this reason that we find the shift in construction in 9:22–23 and that Paul never uses the words “call” or “election” to refer to God’s decision to leave people in their sins and the wrath they deserve. For this same reason, I prefer not to use the expression double predestination, as if both God’s acts of predestination are of the same kind.

How do we reconcile Calvinist and Arminian views of predestination?

As my interpretation above has revealed, I come down on the Calvinist side. I think that “foreknow” means “chose beforehand,” that Paul is talking about individual people, and that God’s will to glorify the believer cannot be thwarted—even by us.

Naturally, this decision about the meaning of the verses affects my application.

The idea that we can be “Calminians,” combining Calvinism and Arminianism in one system, is attractive but irrational. I can logically be a Calvinist in one doctrine and Arminian in another; but I cannot be both with respect to the same doctrine. I cannot both believe my faith is based ultimately on God’s choice and that God’s choice is ultimately based on my faith. Or, at least, I cannot believe it and remain rational. I may as well believe that black is white.

Thus, I want to include in my application of these verses some specific points stemming from my Calvinistic exegesis.

For instance, the knowledge that God has chosen me on the basis of his own free will alone should stimulate awe and wonder at what he has done and a deeper sense of thanksgiving for his unmerited gift.

But I would like to leave this great passage on a practical application that both Calvinist and Arminian can agree on: God has done all that is needed to secure our eternal glory.

He has already made the decision: “Those whom he justified he glorified.”

We may disagree about whether believers can refuse to accept that decision. But from God’s side at least, the matter has already been determined.

That means that no genuine believer need ever wonder whether he or she “has what it takes” to get to heaven.

None of us does.

But that doesn’t matter in the end.

God himself has supplied all we need. In Romans 5–8, we read that Paul is anxious to preserve a balance in which God’s gift to us does not cancel our need to respond to that gift. This passage is about that gift, and that is what we must emphasize in our application.

This post is adapted from material found in Douglas Moo's online course, The Book of Romans: History, Meaning, and Application. To learn more about predestination in the book of Romans, sign up for the course. 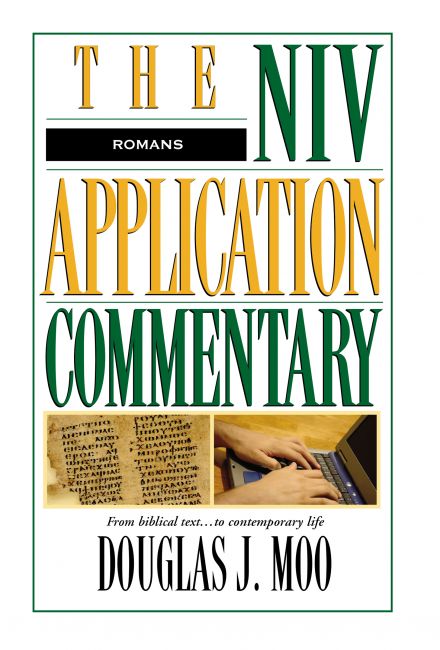 Romans Douglas J. Moo
“The NIV Application Commentary series doesn’t fool around: It gets right down to business, bringing this ancient and powerful Word of God into the present so t...
Hardcover, Printed
Not Available Request an Exam Copy
Featured Course
Romans Instructor: Dr. Douglas J. Moo
This course on Romans, taught by Douglas Moo, helps you grasp how the message of Romans can have the same powerful impact today that it did when it was first written.
Course Details
View Course
Next Post
[Common Places] Sanctification: Interview
[Common Places] Sanctification: Interview Our current series, Sanctification, looks at elements of the forthcoming volume by Michael Allen in the New Studies in D...
Related Posts 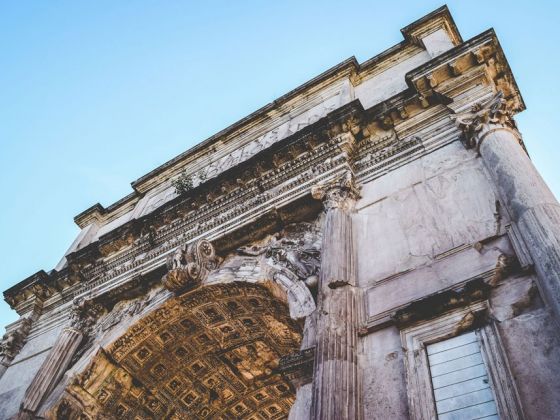 Who wrote the book of Romans? The book of Romans was written by the Apostle Paul. There's been almost no debate about this in the scholarly world over the years. Though the authorship of some of Paul's letters in the Ne...
ZA Blog June 11, 2019 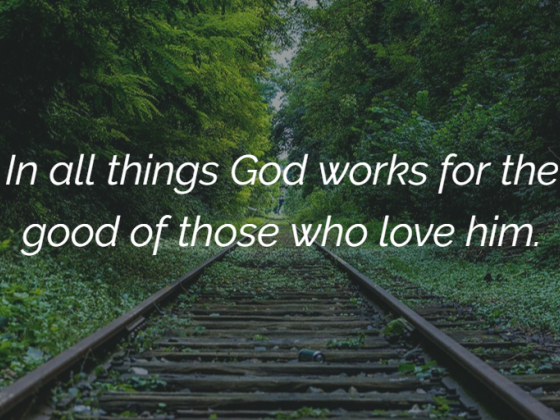 The meaning of Romans 8:28: "God works for the good of those who love him" Romans 8:28 is one of the best known verses in Romans and probably one of the best known verses in the whole Bible. Here is what it says: “For God works all things together for good to thos...
ZA Blog March 13, 2019
Your form could not be submitted. Please check errors and resubmit.