Have you ever wondered what happened between the Old and New Testaments?

If you’ve ever flipped from the last page of the Old Testament to the first page of the new—you’ve just skipped over 400 years of history with that single page turn.

What exactly happened during these 400 years? Who was in control? What people groups shaped the experience of the earliest Christians?

In those four hundred years, the Pharisees and Sadducees, synagogues, Roman governors, and the family of Herod emerged onto the scene. None were present in the Old Testament. Where did they come from?

And countless events not mentioned in the New Testament had a profound impact on the world of Jesus, such as the Maccabean revolt, the rise of the Essenes, the dominance of the Greek language, and the rise of the Roman Empire.

So what happened between the Old and New Testaments? Here are four things you need to know to get started.

You probably already know about the Assyrians, the Babylonians, and Persians, because they figure prominently in the Old Testament. The Assyrians and Babylonians emptied the land and carried the Israelites into exile. And the Persians allowed a remnant to return.

But the Assyrians, Babylonians, and Persians weren’t the only outside groups to shape the history of the Jewish people during the intertestamental period.

The history of the Jewish people was also affected by both the Romans and the Greeks before them.

After the Persians were defeated by Alexander, the Greeks invaded Palestine. With them they brought their language and culture—their architecture, names, styles of clothing, and entertainment.

The influence of the Greeks was long-lasting: the entire New Testament was written in Greek. And when Paul wrote his letter to the Romans, who spoke Latin, he still chose to write in Greek.

For the Jewish people—who were to be set apart—the coming of Greek culture represented a moral and spiritual crisis. How were they to deal with the invading culture?

They wrestled with this question up to and during the time the events of the New Testament took place. And it remains an important question we must wrestle with today.

But the story of the Greeks doesn’t end with Alexander. Alexander’s empire broke into four parts, two of which are important for understanding the context of the New Testament.

Many people objected to the persecution and rebelled, and this rebellion is known as the Maccabean revolt. Through this revolt, Jews gained independence, which lasted until 63BC, when the Romans took control—but the charged atmosphere between Jewish culture and secular Greek culture remained well into the time of the New Testament.

You can’t read the New Testament without encountering Rome.

Rome’s rule was ever-present—every person mentioned in the New Testament felt the pressure of the empire.

Rome got its start centuries before the events of the New Testament took place. Rome was founded in the eighth century BC and became a republic in the fifth century BC. In the first century BC, Pompey conquered the eastern Mediterranean, including Palestine, and Julius Caesar conquered Gaul. Rome dominated Palestine from that point on.

During a struggle for power, Julius Caesar was assassinated, and his adoptive son, Octavian, took control. Octavian was known as Augustus—the same Caesar Augustus we read about in the story of Jesus’ birth in Luke 2:1–2:

“In those days, Caesar Augustus issued a decree that a census should be taken of the entire Roman world. (This was the first census that took place while Quirinius was governor of Syria.)”

The time of peace and economic stability during Augustus’s reign allowed Christianity to grow and flourish—Christian missionaries could travel widely on Rome’s transportation networks and spread the gospel throughout the empire.

The Roman governors appear regularly throughout the New Testament as well:

3. Who were the Pharisees and Sadducees?

The Old Testament closes without a mention of either the Pharisees or Sadducees.

But in the New Testament, and especially in the Gospels, they are the main antagonists.

Who were they, and where did they come from?

If we rewind the clock back to the Maccabean period, we see the Jewish rulers becoming more and more corrupt.

The early supporters of these rulers turned against them, and became known as the Pharisees. Those who remained supportive became the Sadducees. They were high-ranking priests and aristocratic laymen centered in Jerusalem.

The Pharisees and the Sadducees hated each other, but they found a common enemy in Jesus.

The Romans allowed native peoples to rule the lands they conquered.

In Palestine, they allowed Herod to rule.

Herod was a clever politician and an efficient king—but very cruel and constantly suspicious. He had three of his wives and three of his sons killed.

Jesus was born under Herod the Great’s rule, and his family fled to Egypt to escape his massacre.

Herod is best known for his building projects in Palestine, the greatest of which was the temple in Jerusalem—the site of numerous scenes from the New Testament.

Herod died in 4BC, and the Romans divided his kingdom into four parts. In Galilee, Herod Antipas ruled—where Jesus grew up and spend most of his public ministry.

This just scratches the surface. For a complete introduction, enroll in New Testament Survey, taught by Robert Gundry.

When you complete this course, you will learn:

With this course, you’ll be learning from one of the best New Testament scholars alive. Robert Gundry has taught courses on the New Testament for more than forty years. This course was developed out of his experience teaching thousands of students. It incorporates material from his bestselling New Testament Survey—a textbook widely used in colleges and seminaries around the world.

This is a rare chance to learn about the Bible from a seasoned scholar and an expert teacher.

Even better, get $20 off this week only. Use coupon code GUNDRY when you enroll to get the discount. This code expires on Friday, February 26, 2016. Don’t wait!

P.S. Stay in the loop

New courses on the Bible are coming out all the time. To stay current, sign up to get updates. 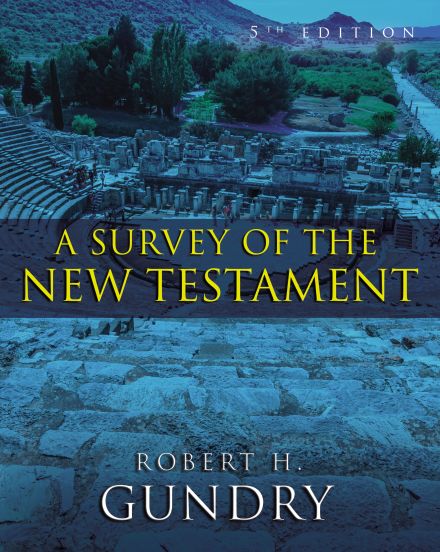 A Survey of the New Testament Robert H. Gundry
A definitive guide to the New Testament of the Bible—providing both the broader historical and cultural context as well as a passage-level commentary for each b...
Hardcover, Printed
Not Available Request an Exam Copy
Featured Course
New Testament Survey Instructor: Dr. Robert H. Gundry
Including both background information and careful attention to the biblical books themselves, New Testament Survey offers a full introduction to the 27 books of the New Testament.
Course Details
View Course
Next Post
[Common Places]: Reading Notes: Christocentrism
[Common Places]: Reading Notes: Christocentrism A theology is christocentric when its method, structure, arguments, and goals are oriented around the theologian’s acco...
Related Posts 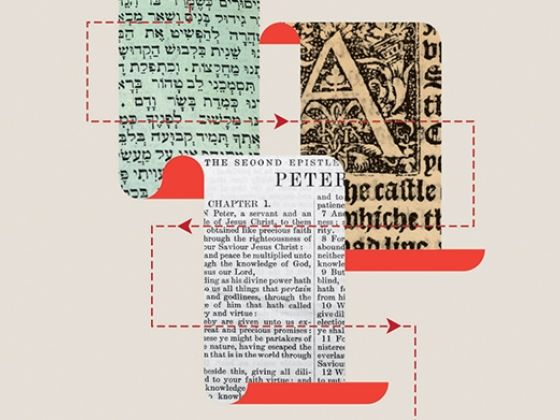 The History of the Bible How did we get the Bible? When was the Bible written? How can we trust the Bible? We sat down with Ryan Reeves, Professor of Historical Theology at Gordon-Conwell Theological Seminary and i...
ZA Blog April 3, 2018
Your form could not be submitted. Please check errors and resubmit.