When you read 1 and 2 Thessalonians, it seems pretty obvious that the Apostle Paul wrote them because his name is at the beginning of both the letters. And for a couple hundred years, scholars have gone back and forth and debated whether 2 Thessalonians was written by Paul.

The idea behind that has a number of different features. One of them is there's a lot of overlap in style and content of 2 Thessalonians. So one of the questions is why would Paul repeat himself so much? Even kind of structurally, some of the phrases he used, some of that I refer to as "copycatting"—it seems like 2 Thessalonians copycats 1 Thessalonians.

On the other hand, scholars say that 2 Thessalonians appears to develop some themes differently, perhaps even diametrically opposed to 1 Thessalonians.

For example, the eschatology of 1 Thessalonians, to some scholars, appears to be very urgent. And then in 2 Thessalonians, you have an eschatology that seems to be kind of put off. There are going to be these intervening events.Scholars say, how could Paul say this and then say that?

What do scholars say?

So there there are a group of scholars who believe that Paul didn't write 2 Thessalonians. It may have been written by a disciple of Paul who, after Paul's death, felt that this was going to be a teaching in the legacy of Paul that would be helpful for a particular group of people.

There are others who say, no, I think Paul did write 2 Thessalonians, because this has been what the Church has always believed for thousands of years. And no one in the early Church really questioned 2 Thessalonians. No one in the early Church, second century, third century, fourth century, really up until the 1800s, no one really thought differently about that. They didn't question whether or not Paul wrote it.

My perspective on this is really how we think about what authorship is and how we determine authorship.

I feel like sometimes we can out-think, outsmart ourselves, and say, oh, because this word is different or because this tone is different, it must be a different person. But I write in all different kinds of ways. And I wonder if people would ever think, maybe Nijay didn't write this because it's written in a different style or a different tone.

I think sometimes we outsmart ourselves a little too much, and we don't give credit to the fact that Paul can write in different ways in different texts. So I don't really see there being a major issue with him writing 2 Thessalonians. So I think he wrote both of them.

This post has been edited from the original transcript for clarity. 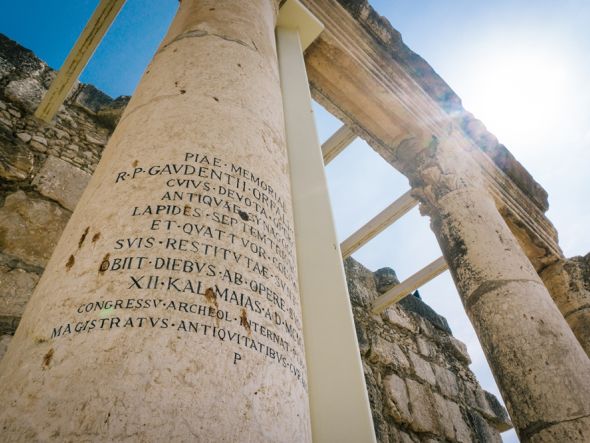 What is Majority Text Theory? The Majority Text theory is quite different from those who embrace the textus receptis. Although often they are mingled ...
Your form could not be submitted. Please check errors and resubmit.