Why Christians Should Be Involved in Creation Care 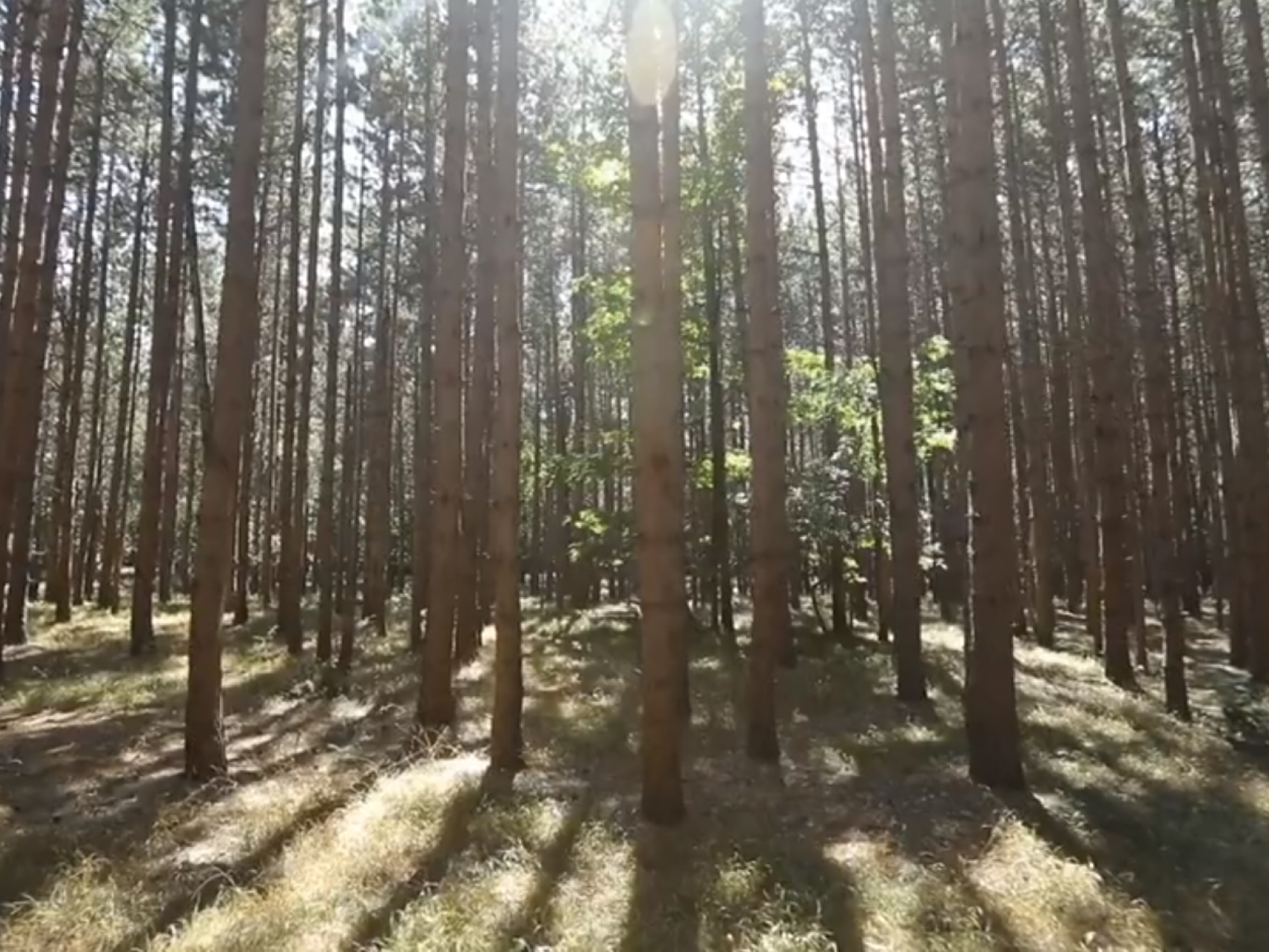 Today’s post is adapted from Creation Care: A Biblical Theology of the Natural World. In addition to the book, you can also take the online course, or watch a series of video lectures on creation care by Jonathan and Douglas Moo.

Our world is full of problems and issues. As I write these words, the media is full of stories about a migrant crisis in Europe, global terrorism, conflicts over the implementation of a same-sex marriage decision of the US Supreme Court, and the economic struggles of emerging nations such as China, Brazil, and India. Christians, of course, are deeply involved in these issues and a myriad of others in one way or another.

Moreover, we know that all Christians are called in various ways to evangelism, discipleship, mission, and care for the poor and needy. It is therefore natural for Christians to ask, “Why should I add concern for creation to the list of things I am bothering about?”

We suggest that there are at least three good reasons why Christians should, indeed, be involved in “creation care”: the need to address current challenges facing creation, the need to serve as witnesses to God’s kingdom in our time (and to respond to false accusations about Christians and creation), and above all (and the focus of this book), the witness of Scripture to the importance of our vocation as “keepers” of God’s creation.

1. Christians should be involved in creation care to address the challenges facing creation

There have always been “environmental” problems and people concerned with them. We must avoid the error C. S. Lewis dubbed “chronological snobbery,” that is, thinking our own era is utterly unique or the only important one.

Nevertheless, it is only our own era we can do anything about: God has placed us in this world, at this time. And the evidence that our world faces staggering environmental challenges is overwhelming.

The “environment” as a serious field of scientific study, a political issue, and a topic of everyday conversation is a relatively recent phenomenon. Here are some examples:

Why was there this sudden outpouring of interest in the environment?

There are undoubtedly many reasons, but a combination of two factors is particularly critical.

You don’t need to conduct scientific experiments to see some of the problems. Some of these, as has always been the case, have primarily local causes and effects. When my wife and I (Doug) visited our son and his family in Shanghai some years ago, a brown haze caused by air pollution cast a permanent pall over the city, which led one of our grandchildren to suffer from respiratory problems.

Other challenges are global in extent. On another trip, in 2001, we visited Portage Lake in southern Alaska. There, we saw hundreds of chunks of ice—some as large as houses—that had broken off a large glacier visible on the other side of the lake. When we returned in 2008, there remained only a few small pieces of ice. Today, one can no longer even see the glacier from the lakeside. The retreat of the glacier exemplifies a worldwide phenomenon that is linked to the warming of the earth’s climate. To be sure, the climate has always changed, and natural warming and cooling phases have characterized the entire history of the earth. But the speed of recent changes, unprecedented in human history, poses serious challenges to agriculture and human health—indeed, even to the very existence of some nations.

Yet here we also face a particular challenge to getting Christians on board with creation care: we often don’t really “feel” these issues. Many of us live in suburban or urban contexts in rich countries that make us somewhat immune to the immediate effects of environmental problems; even my own observations above are only those of a tourist. It would be far different if I were a farmer in Peru, for example, for whom erratic weather patterns of a sort not experienced before may already be threatening my family’s very livelihood.

And many of the environmental issues we face are the product of what seem from our limited vantage points rather gradual changes, however fast they may be in geological time. Jared Diamond has labeled this “creeping normalcy”: our personal time line is very short. People living in eastern Virginia, for instance, probably can’t remember—or can’t remember very well—that it used to be a lot easier to see the mountains in Shenandoah National Park than it is today. We don’t notice the loss of species that were common in the time of our great-grandparents, less common for our grandparents, rare for our parents, and never a part of the world we’ve personally encountered. This is not the place to get into these issues in any detail.

For now, however, we simply argue that the seriousness of the issues our planet is facing demands a renewed attention to these issues. And, as we will see, Christians are in a unique and special position to address them.

2. Christians should be involved in creation care to serve as witnesses to God’s kingdom in our time

A second reason for Christians to think about and become active in creation care is the need to be faithful witnesses to Christ.

That witness is undermined by the sense among many in our culture that Christianity is largely to blame for the environmental challenges we face. The argument of some environmental historians is that the Christian worldview, with its concern for humans and their salvation, has fostered the typical modernist neglect of, or even disdain for, the natural world.

In a famous essay, Lynn White, Jr., argued that environmental degradation was the indirect product of Christianity, which he labeled (in its Western form), “the most anthropocentric religion the world has ever seen.” The idea that humans are given “dominion” over creation has been, so it is argued, foundational in forming the typically Western “instrumentalist” view of nature: that the natural world exists solely to meet human needs. Wedded to unprecedented scientific and technological advancements, Christian anthropocentrism has brought us pollution, global warming, and widespread species extinction.

The pioneering evangelical work on environmentalism, Francis Schaeffer’s Pollution and the Death of Man, was written to some extent in response to White. Schaeffer and others have faulted White for simplifying a far more complex historical and ideological development and for overstating the role of orthodox Christianity in the formation of the modern Western attitude toward nature.

A more nuanced and, we think, more accurate account recognizes that it is not Christianity, as such, or the Bible, as such, that has been responsible for fostering a narrow focus on humans to the detriment of the created world, but certain narrow and superficial readings of the Christian story.

One of our goals is to advance what we think is a faithful and balanced vision of the created world as it is presented in the Bible. We think such a vision will effectively rebut the kind of charges against Christianity advanced by White and others. We argue that Christians have in the biblical story line and worldview unique resources to explain, respond to, and keep in right perspective the “environmental crisis.”

3. Christians should be involved in creation care because Scripture speaks of our vocation as “keepers” of God’s creation

Addressing our current environmental crisis and removing misconceptions about the role of Christianity in that crisis are valid reasons to turn our attention to what Scripture says about creation and our role in it. But the most important reason is a more straightforward one: talking about creation care is needed because it is taught in Scripture.

As Colin Gunton rightly notes, care for creation does not require a crisis to be justified. Pastors and teachers should be speaking about the issue because it is part of God’s revelation to us in Scripture. Believers in general should be concerned for the same reason.

Yet concern for creation is a topic infrequently (at best!) mentioned from the pulpit, and it is regularly absent or very low on the agenda of issues that Christians express concern about. In fact, not only do many believers lack any sense of responsibility for creation, but some think that resisting such a focus is a mark of Christian commitment.

To be sure, many forms of environmentalism assume or actively propagate ideologies that are anti-Christian. These are often the movements that get the attention of the media, which is always focused on the unusual and sensational.

What is needed is a positive embrace of the world in which we live as God’s creation, aligning our own perspective with the perspective of Scripture.

To learn more, watch the series of lectures on creation care by Jonathan and Douglas Moo. 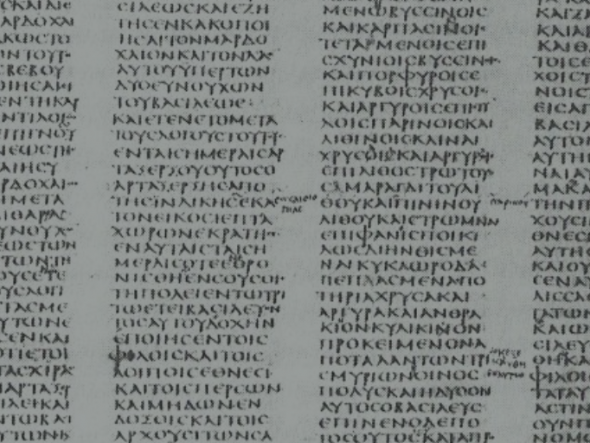